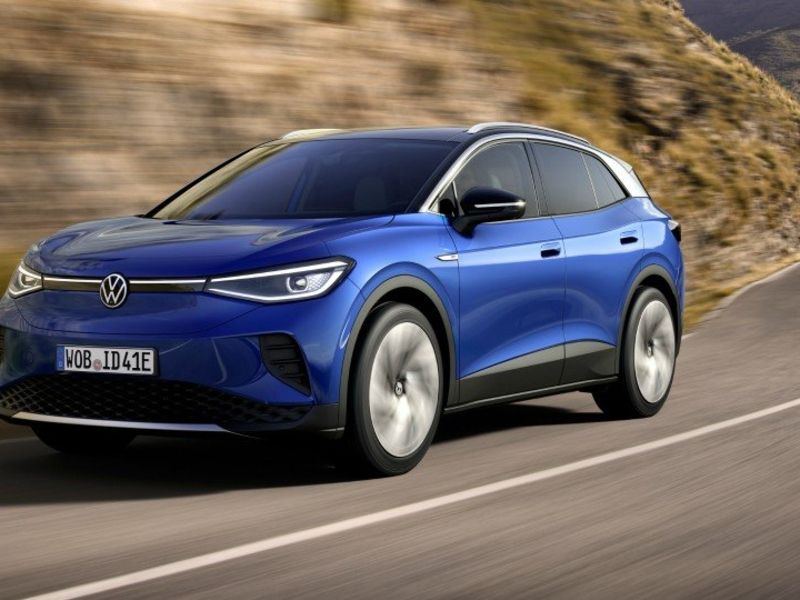 NEW YORK — When Volkswagen starts selling its new compact electric crossover, the 2021 VW ID4, late this year, it believes its best opportunity to conquest new customers will be found among some of the industry’s most loyal buyers: those shopping for a Toyota RAV4 or Honda CR-V.

It’s what might be termed an ambitious plan, maybe even a crazy one, for a brand with just more than a 2 percent share of the North American market. But VW executives adamantly believe that as much as 30 percent of buyers of the segment-dominating Japanese crossovers are at least EV-curious — that is, willing to consider buying a full-electric vehicle, to help the environment.

And since neither Toyota nor Honda yet offer a battery-electric crossover to North American customers, that is where VW intends to strike.

“This is the heart of the U.S. car market in terms of sales, it’s 4 million sales a year, something like 35 million sitting in driveways right now. It’s the RAV4, it’s our Tiguan, it’s the Honda CR-V, and frankly, there is no electric vehicle sitting there,” explained Scott Keogh, CEO of Volkswagen of America, during a media preview in Brooklyn. “And if you look at what our dealers are excited about, it’s to have a tool that no one else has, and then let’s go take advantage of that.”

The Tiguan-sized ID4 will hit U.S. dealerships starting late this year with an estimated 250-mile range from its 82-kilowatt-hour battery pack, three years of free charging and a $379-per-month base lease price. With most of its $7,500 federal subsidies in hand, VW estimates that the ID4, starting at $41,990, including shipping, will retail in the heart of the compact-crossover segment, Keogh said.

VW’s research shows what Keogh believes is an unmet opportunity for consumers who are loyal to compact crossovers because they aren’t too big or too small.

The ID4 initially will be rear-wheel drive and powered by a 201-hp motor attached to the rear axle, delivering 228 pound-feet of torque. Later versions will introduce all-wheel drive by adding a motor to the front axle, boosting the crossover to 302 hp.

The ID4 will be able to accommodate up to 125-kilowatt fast charging, enabling the battery to be recharged from 5 to 80 percent in about 30 minutes.

Owners and lessees will have three years of free charging available to them through Electrify America’s network of charging stations.

Production of the ID4s destined for the U.S. is currently concentrated in VW’s plant in Zwickau, Germany, where it is being outfitted with the 82-kWh battery pack. Ultimately, assembly will be spread across five plants: two in Germany, two in China and one in the U.S.

Keogh said that, at least initially, availability of the ID4 would be constrained in the U.S., and he hopes VW dealers will not try to add their own premiums to its price if the ID4 becomes a hot product.

“I’m going to err on the side of endless optimism. I think they will do the right thing,” Keogh said of VW’s dealers, some of whom he said had a “chip on their shoulder” because of their experience traversing the brand’s diesel emissions scandal and facing competition from direct-sale EV manufacturers such as Tesla.

“We are looking to build a process here … that we want to be open, transparent and clear,” he said. “If there is any BS, frankly, we’re going to do something about it, because we think it’s inappropriate.”

“When you see what the car is capable of when you drive the car, we’re going to be in one of these places where it’s the right place, the right time, with the right vehicle, without a doubt,” Keogh said.