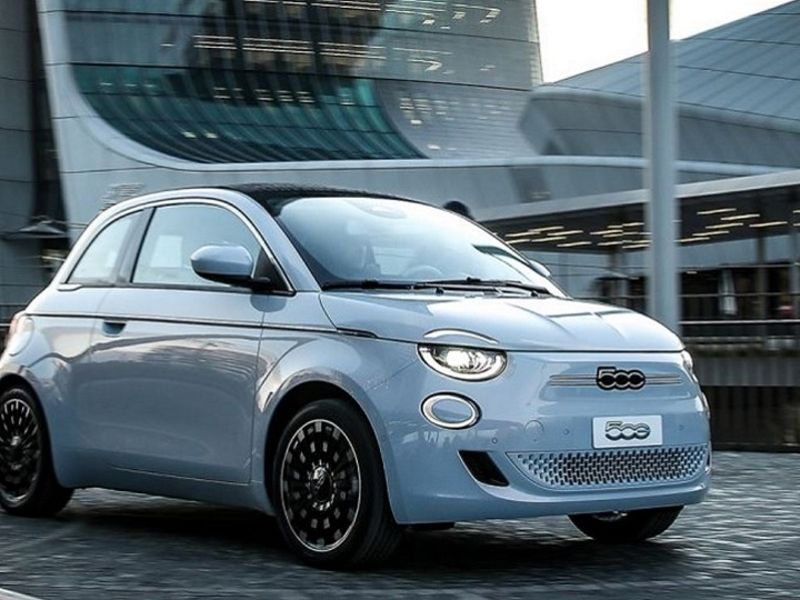 MILAN – Fiat plans to reveal a variant of the New 500 electric minicar next month with a small, front-opening door that gives easier access to the rear seats.

The third door will be on the right side of the car, and will add about 30 kg (66 lbs) to the vehicle’s weight because it has to incorporate the B pillar for strength.

Sales would start in early 2021. Deliveries of two-door New 500 EVs will start in the middle of next month.

The three-door variant could be called the Trepiuno, or “three plus one” in Italian, people briefed on the plan told Automotive News Europe. The name would be a connection to the 2004 concept of the same name that eventually became the production Fiat 500 in 2007.

However, the “three plus one” of the concept referred to its ability to convert to a four-seater from a three-seater by sliding the passenger seat forward, while on the New 500 it would refer to two doors, a hatchback and the third door.

Other vehicles have used a similar door configuration, with varying success. It was seen on the Mazda RX-8 sports car and is a common feature on extended-cab pickups. The first-generation Mini Clubman had a third door, but the feature was not repeated on the current version, which is larger and has a more-conventional four-door layout.

Generally such doors must be closed first before the front door, to avoid opening while the car is in motion.

The third door will be only on the right side of the New 500, meaning that it would be on the driver’s side in the UK and Ireland.

The three-door version would be the third variant of the New 500, after a hatchback and convertible. It will be built in Fiat Chrysler Automobiles’ Mirafiori factory in Turin, Italy. FCA has installed capacity of 80,000 units a year there for the three variants.

Fiat will announce the price of the three-door variant at a later date, but it is expected to be higher than the hatchback but less than the convertible.