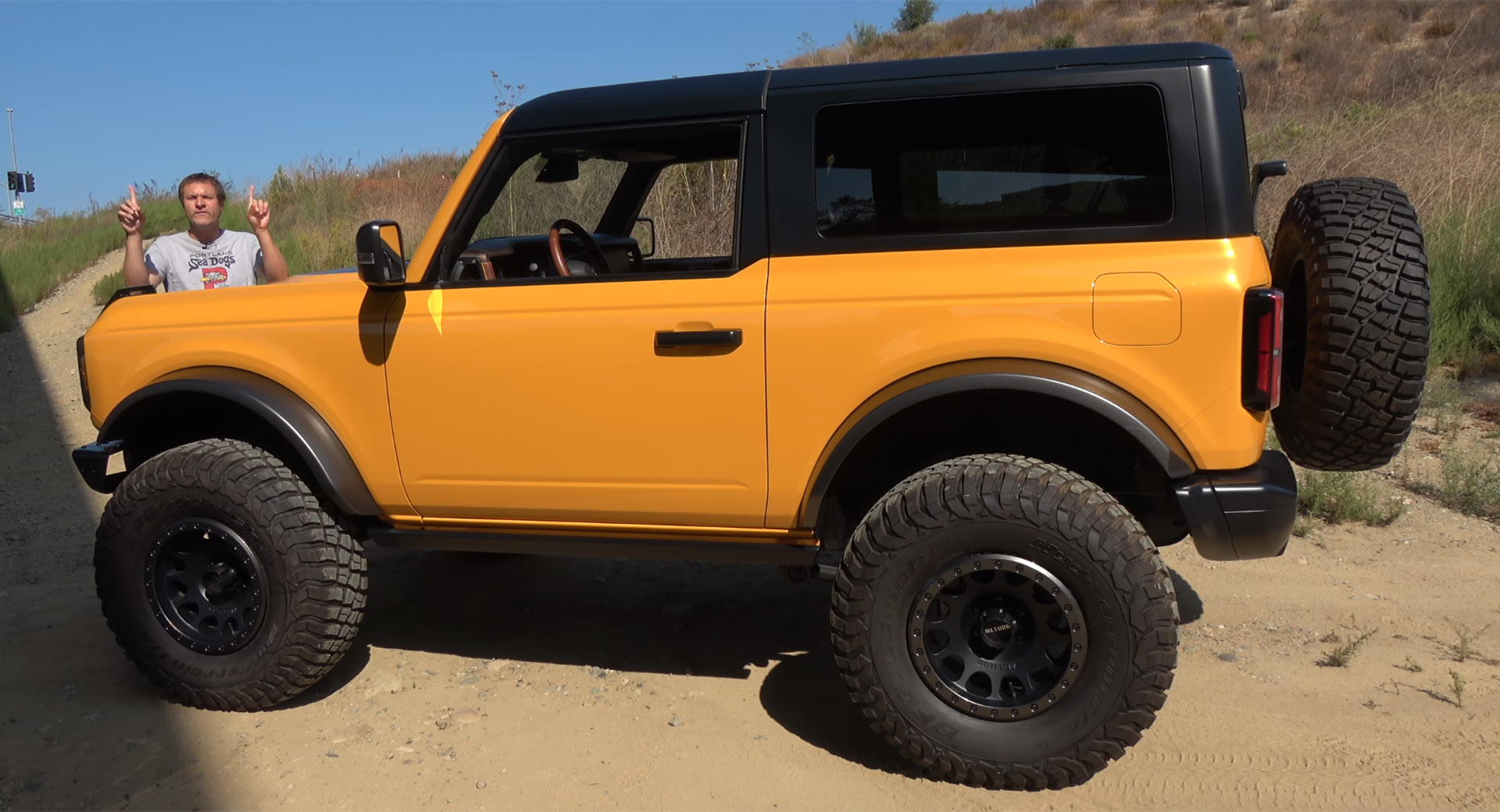 Ford is yet to start press drives of the all-new Bronco as it is still finalizing the off-roader before production starts last year. However, that hasn’t stopped Doug DeMuro from reviewing one of the Bronco pre-prototype’s, even though the example he took a look at wasn’t actually fitted with an engine.

As you probably already know, the new Bronco is available in a multitude of different guises, depending on your budget and what you’re looking for. The example featured in this clip is a flagship two-door model that is representative of a Wildtrak variant with the available Sasquatch Package. Making this prototype all the more interesting is the fact it has massive 37-inch off-road tires, larger than the 35-inch wheels that come standard on the Wildtrak.

Read Also: Ford Explains Why The Bronco Doesn’t Have A Foldable Windshield Like The Wrangler

As you would imagine, there are many “quirks and features” found throughout the Bronco’s exterior and interior. This includes the fact that the doors and roof and removable on all available variants, just like the Jeep Wrangler. Inside, the Bronco includes a cool action camera slider and mount on the dashboard, a feature you won’t find on any other vehicle. Other small features include bolts through the cabin that read Ford Bronco on them, showing the attention to detail Ford has taken with the off-roader.

As soon as the Bronco was unveiled, Ford opened the order books for the off-roader, allowing customers to secure a reservation for $100. In just three weeks, the automaker said it had received 165,000 reservations for the Bronco and Bronco Sport and expects over 75 per cent of these reservations to translate into firm orders.