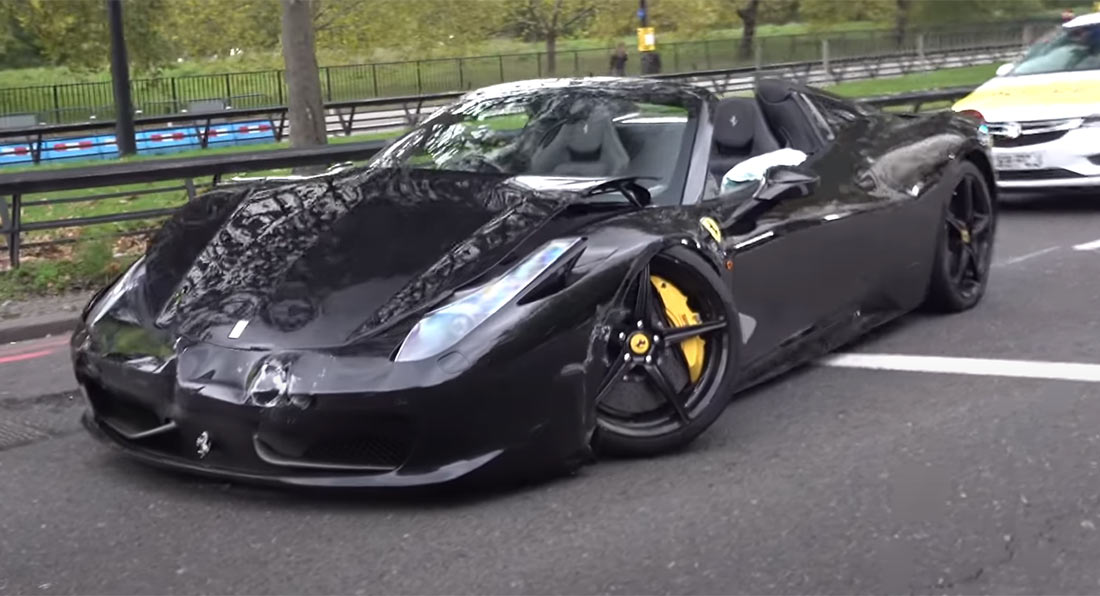 
A Ferrari 458 Spider has been severely damaged after crashing into a Ferrari 812 Superfast and a BMW M6 in London.

It remains unclear what exactly happened, as we’ve only been able to find some photos and a video of the aftermath online. Nevertheless, it seems likely the 458 Spider will be declared a write-off, while the 812 and M6 will need some expensive repairs.

The low front-end of the 458 appears to have taken the brunt of the impact(s). The front bumper is scratched and dented, while the hood has been bent upwards. Elsewhere, the front left wheel has been pushed in, suggesting the supercar has suffered severe suspension damage. The rear-end appears to be unscathed, but that will be of little comfort to the vehicle’s owner.

Watch Also: Oh, Madonna Mia! Ferrari 458 Ends Up In Barrier As Driver Runs Out Of Talent

Meanwhile, the BMW M6 also involved in the accident has suffered from some damage at the rear. More specifically, one of its rear wheels has been bent and some damage has been done to the rear quarter panel.

The rear of the Ferrari 812 Superfast should be rather pricey to repair. Most notably, the carbon fiber rear diffuser has been destroyed, two of the tailpipes have been damaged, and the rear bumper has been pushed out of position. The two Ferraris and the BMW were all filmed being towed away from the scene.