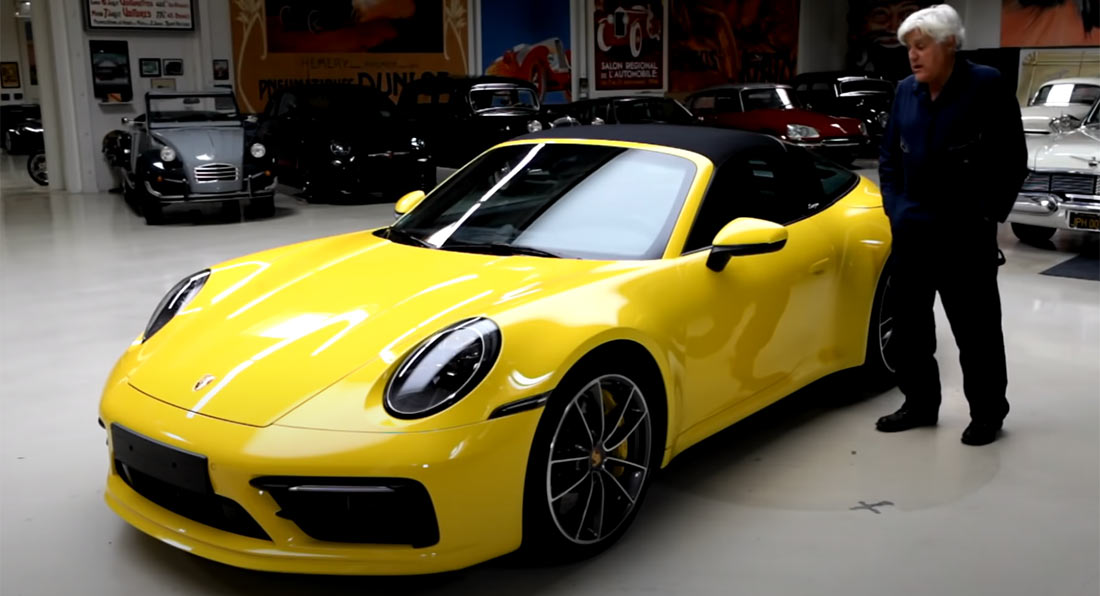 
The Porsche 911 Targa has a long and rich history and Jay Leno recently had the opportunity to drive the latest model in 4S guise.

Porsche unveiled the 992-generation 911 Targa 4 and 4S models back in May and most reviewers seem impressed with what the German car manufacturer has created. Sure, there are a handful of forthcoming 911 variants that will be much faster but the new Targa seems to provide just the right amount of power for most buyers.

Porsche says the 4S can hit 60 mph (96 km/h) in just 3.6 seconds but previous tests of the car have shown it can reach that mark in as little as 3.3 seconds. That’s more than enough straight-line performance to bring a big smile to the face of the former late-night host, even though he doesn’t appear to have used the launch control system properly during his review.

Like most other episodes of Jay Leno’s Garage, the first half of the video details the exterior and interior of the car before Leno jumped behind the wheel for a cruise through the streets of Los Angeles. He admits to not having driven a new 911 for quite some time but is very impressed with the Targa 4S, in particular its precise electric steering system.