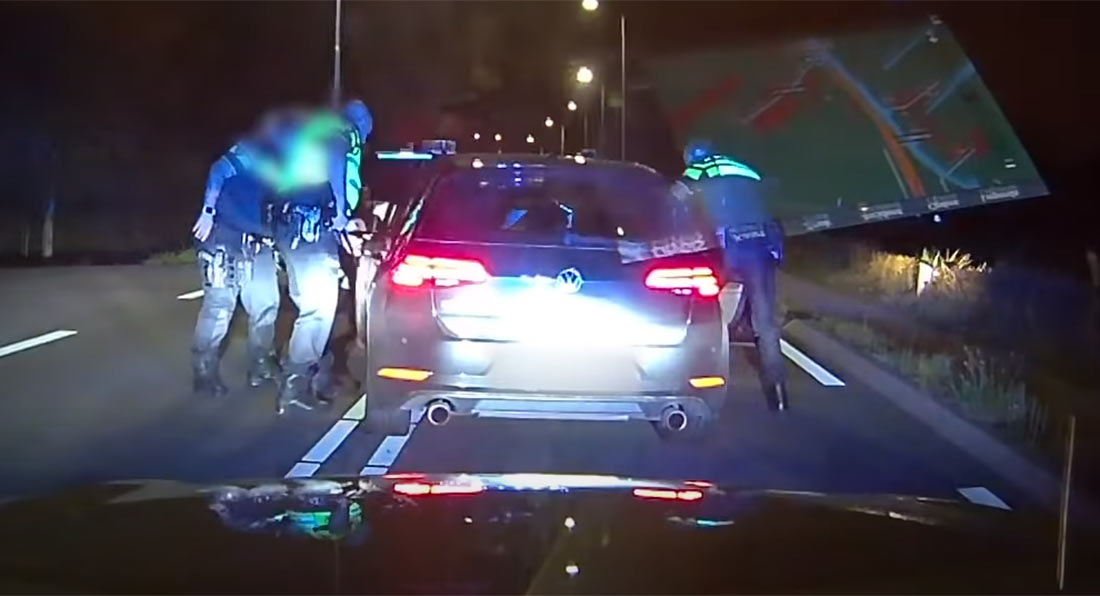 
The driver of a VW Golf GTI has been arrested in the Netherlands after leading the police on a high speed chase.

In the lead-up to the chase, an officer pulled in front of the German hot hatch for a traffic stop along a highway exit road. Rather than stop, though, the driver of the Golf GTI quickly swerved back onto the highway and hit the throttle, quickly passing the police vehicle.

Unfortunately for the driver of the Golf, the exit road that the police vehicle had taken soon reconnected with the highway and a chase quickly ensued. Dashcam footage from the police vehicle shows it hitting at least 240 km/h (149 mph) in their attempts to keep up with the VW.

The driver probably thought they had a good chance of outrunning the authorities, but after turning off the highway and entering a smaller side road, they were soon confronted by another police vehicle that was stopped on the road and waiting for them. Footage shows the two individuals being aggressively pulled from the Golf GTI and taken into custody.

Local media outlet Westlanders reports that the driver did not have a valid driver’s license. In addition, police found a large amount of money that the suspect tried to hide in the hatchback. Both the money and the car were seized.