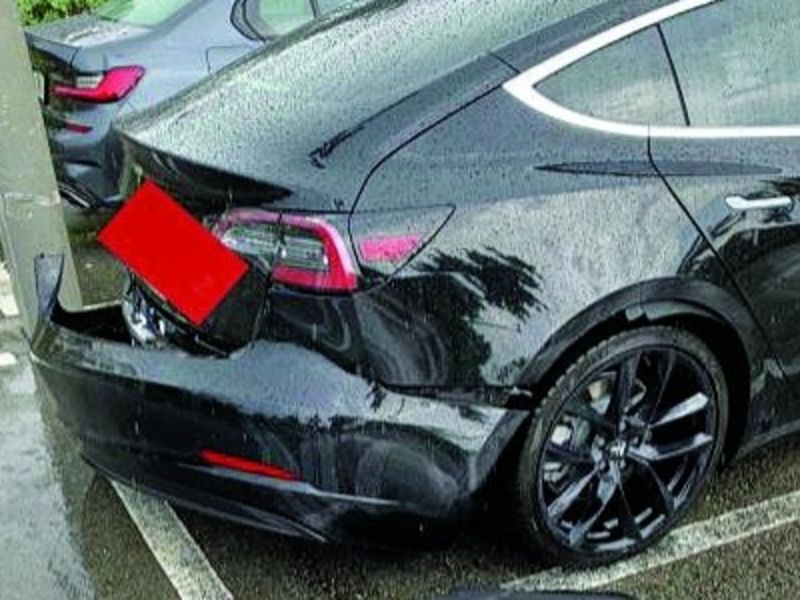 Tesla has finally acknowledged what some furious customers with social media accounts have been saying for more than two years: The Model 3 had a design flaw that can cause the rear bumper to fall off in the rain.

The automaker issued a service bulletin recently obtained by Electrek that repeatedly claims the problem is “rare” but confirms that repairs are covered by the car’s warranty.

“In rare instances, certain components on Model 3 vehicles built at the Fremont Factory before May 21, 2019, might be damaged when driving through standing water on a road or highway with poor drainage or pooling water,” the document reads. “In these rare instances, the rear fascia might detach from the vehicle and harnesses and/or body fasteners/mounts might also be damaged.”

In May 2019, Tesla seems to have changed the design of the fascia in response to reports of sand and water getting stuck in the underbody, according to Electrek. The new bumper cover includes a cutout that improves drainage.

Among the Tesla owners who complained was Logan Jamal, who posted a video from his car’s rear-facing camera showing the bumper detaching while going through a puddle. “I was driving my Tesla Model 3 in the rain with 2 other people in the car when all of a sudden we heard a big BOOM! I pulled into the nearest parking lot, went out of my car to check what happened and I was in total shock,” Jamal wrote under the video. Among the comments left by its more than 1.3 million viewers: “At least you weren’t on a rocket to Mars.”