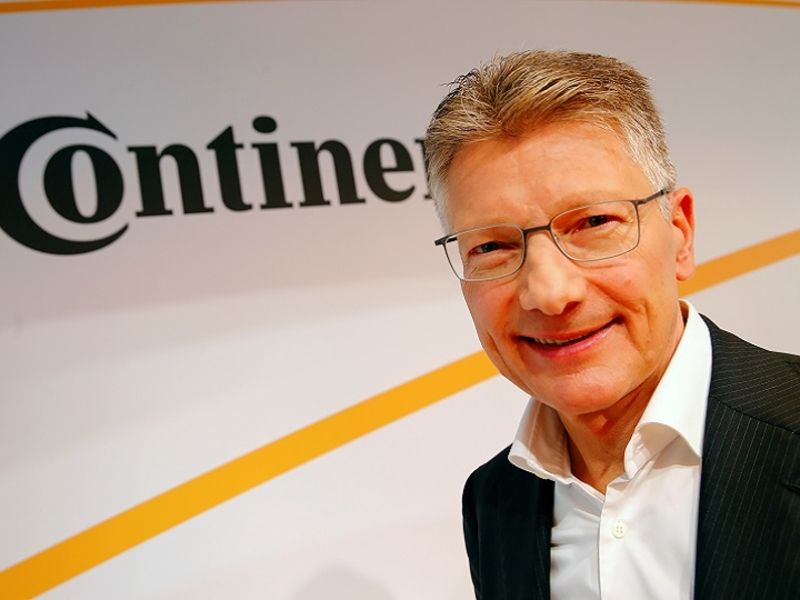 Continental CEO Elmar Degenhart is stepping down amid a push by the supplier to overhaul management and speed up structural changes.

Degenhart, 61, is resigning his post “for reasons of immediately necessary preventive health care,” Continental said in a statement on Thursday.

The company did not name Degenhart’s successor. It said its supervisory board will meet shortly to decide on the appointment of a new CEO.

Degenhart will be succeeded by the head of the supplier’s core automotive operations, Nikolai Setzer, Bloomberg reported, citing people familiar with the matter.

Degenhart, who has been Continental’s CEO since 2009, has a contract through 2024. He has faced criticism for several missteps including communication around the closure of a German tire plant in Aachen as well as an unusually harsh letter to employees in September 2018.

Those actions have undermined some supervisory board members’ confidence that he is the right executive at a time when the automotive industry is facing massive challenges in its shift to electric and autonomous vehicles, some of the people said.

Setzer, 49, runs Continental’s large automotive business, and will likely prevail over other internal and external candidates being considered, Bloomberg said.

Continental’s management board has nine members, an unusually large number for companies on Germany’s blue-chip DAX index and a reflection of the 150-year-old company’s sprawling portfolio of operations.

Chairman Wolfgang Reitzle, a former Ford Motor executive and a renowned deal maker at industrial gas company Linde and cement firm Holcim, has pushed to make Continental more nimble so it can react faster to technological changes in the industry, some of the people said.

Continental’s shares surged to an all-time high in January 2018 after the firm confirmed a Bloomberg News report that the maker of tires, powertrains and conveyor belts was considering options to streamline itself.

Management has made little progress with that operational review in the almost three years since then, contributing to the erasure of almost two-thirds of its market value. The rout worsened when Continental and its peers suffered a major blow from the coronavirus pandemic as automakers shut showrooms and factories for several weeks earlier this year.

Investors have repeatedly criticized the lack of resolve and speed with which Degenhardt has addressed the firm’s complex structure. A first step of the intended simplification — the carve-out and listing of Continental’s combustion-engine-powertrain operations — was put on hold for an indefinite period.

Listing part of the powertrain division would be a step toward making Continental more agile and hone in on growth areas such as electric vehicles and self-driving features. The unit generated 7.7 billion euros ($8.9 billion) in sales last year and employed more than 40,000 people.

Rival auto suppliers have spun off their combustion-engine businesses in recent years to concentrate on electrified powertrains or autonomous-driving technology.

Continental ranks No. 4 on the Automotive News list of top 100 global suppliers, with fiscal 2019 sales to automakers of $35.3 billion.

Bloomberg contributed to this report