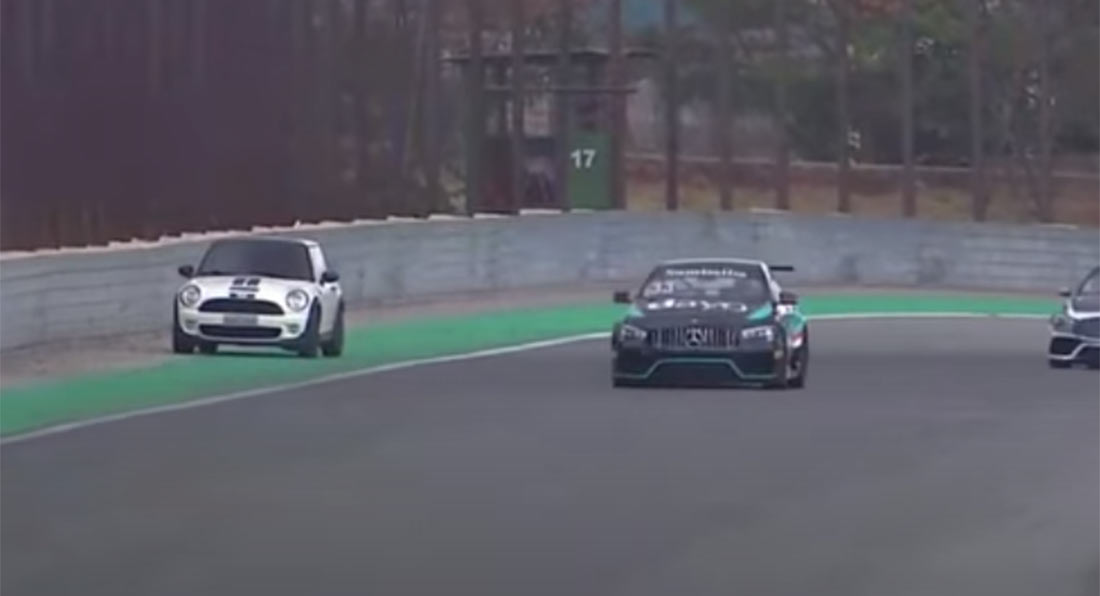 
The driver of a Mini Cooper drove onto the Interlagos circuit in Brazil over the weekend during an official Sao Paulo Automobile Championship race.

The race, made up exclusively of Mercedes-Benz models, was proceeding as normal until a white Mini Cooper found its way onto the circuit, forcing race officials to deploy the safety car.

Speaking with Brazilian publication UOL, the 29-year-old driver of the Mini, Renata Monti, said she was participating in a racing event at a drag strip next to the Interlagos circuit. Shortly after running down the quarter-mile, the driver says she got lost and before she knew it, she was entering the circuit.

“I went with my boyfriend to an event called ‘Forbidden Races’ to watch two of our friends, but the car of one of them broke down and he was unable to participate,” Monti said in a statement (translated to English). “Even with an almost all-male audience, I saw two girls competing and got excited,” before proceeding to participate in a drag race herself. The 29-year-old added that when she found herself on the circuit, she asked for help on how to get off the circuit and was led back to the pitlane where she could make her way back to the nearby drag strip.

During the broadcast of the Mercedes-Benz Challenge race, commentators said the driver of the Mini should have been arrested, not knowing at the time that Monti’s on-track appearance was completely accidental.

The Sao Paulo Automobile Federation has said it is investigating the incident.