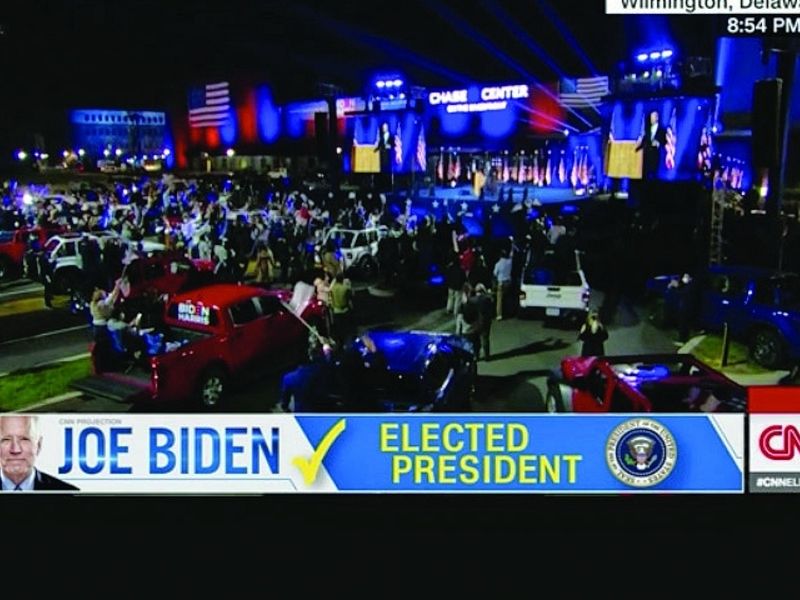 President-elect Joe Biden’s victory speech this month resembled a prime-time commercial for Jeep. But Fiat Chrysler Automobiles was seemingly just as surprised as anyone to see the brand have such a prominent role in a potentially polarizing event.

In front of the stage in Biden’s hometown of Wilmington, Del., the campaign set up several rows of red, white and blue vehicles for supporters to sit in and stay a safe distance apart. Many of the most prominent vehicles were Jeep Gladiators and Wranglers, although a few Ford Rangers and Chevrolet Silverados were included.

“FCA played no role in the event,” the automaker told Automotive News. “FCA does not endorse political candidates.”

FCA referred questions about who supplied the vehicles to Biden campaign officials, who didn’t respond to a request for comment. A source who declined to be identified said FCA called dealers around Wilmington in search of an answer as well.

A UAW spokesman said the union did assist Biden’s campaign with some Detroit-area rallies, but he couldn’t confirm whether the union was involved in the Delaware event.

Many of the vehicles were parked in front of the Wilmington stage all week in anticipation of Biden’s victory speech. According to BuzzFeed, 21 pickups and SUVs were dropped off outside the Chase Center about five hours before the polls closed on Election Day. Each had either a sunroof or an open back, “Biden-Harris” decals on the hood and a pair of blue folding chairs in the cargo area.

A Boston TV reporter who was at the convention center posted a short video on Twitter showing more “shiny new Jeeps” that he said had just arrived Nov. 6, a day before the Associated Press and other media organizations declared Biden the winner over President Donald Trump.