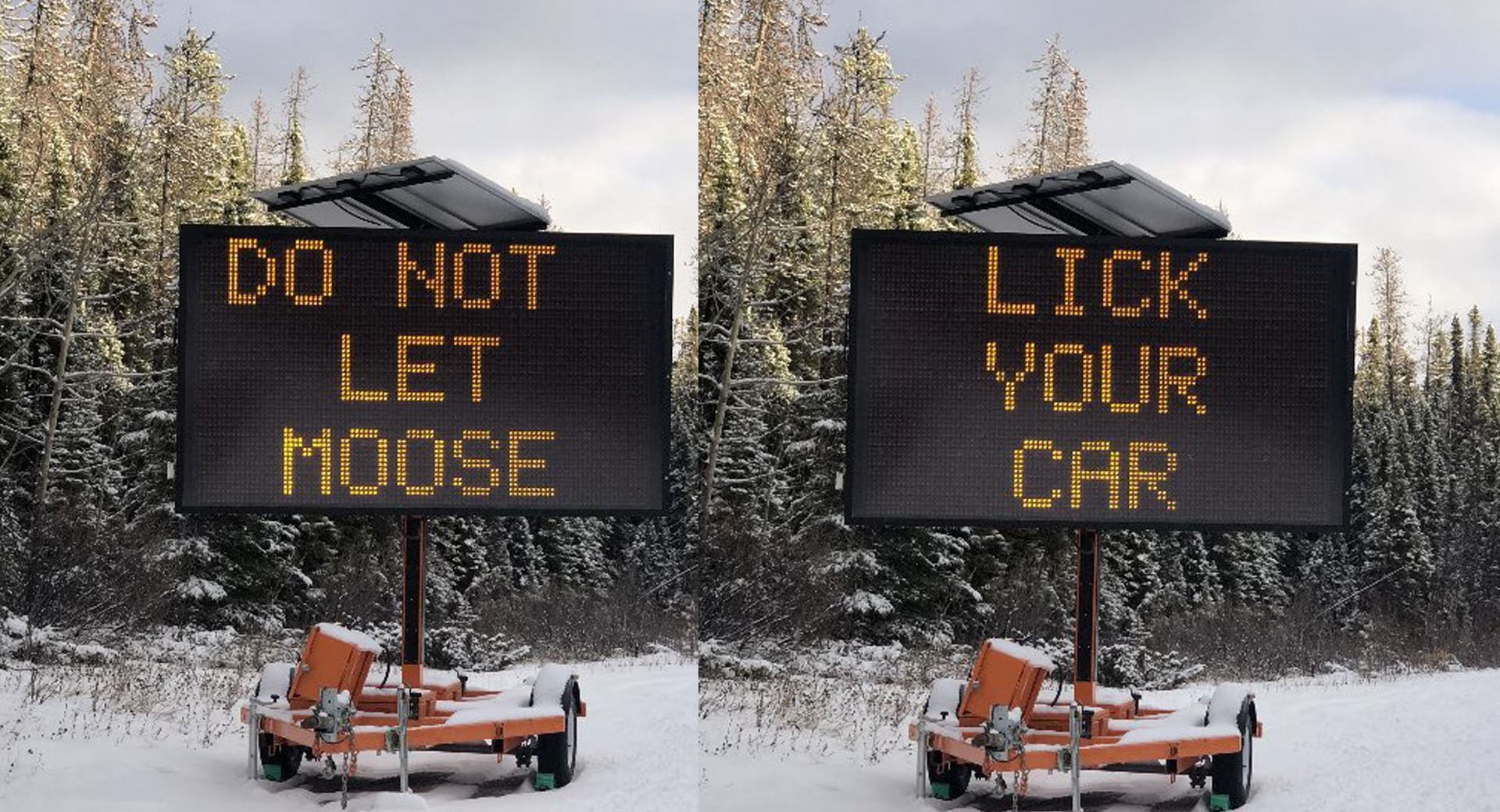 Canadians are being warned not to let moose lick their cars. It might sound like a weird joke, but it’s actually true.

Over the weekend, images posted to Twitter appeared to show a sign in Jasper, Alberta stating ‘Do not let moose lick your car.’ The images gained so much attention that Snopes set out to determine if the sign was real. The answer is, yes, the sign is legit and this is a very real issue in parts of Canada.

These images, as well as a separate video on Facebook, were snapped along Maligne Lake Road in Jasper, an area where moose are frequently seen during the winter months. As it turns out, the moose love the taste of road salt and have discovered that they can access a near-endless supply from the body panels of cars.

According to Jasper National Park spokesman Steve Young who spoke with Fitzhugh, “[This] started as an occasional issue a few years ago and now is too common… People are getting far too close, and it’s perpetuated by their [the moose’s] obsession with salt, accessing the vehicles.”

The moose population in Jasper, Canada has grown in recent years following the decline of the wolf population, making interactions between humans and moose all the more frequent. This has led some people to feed the moose and drawing them towards roads, which brings with it dangers of its own. Not to mention that it is also against the law that prohibits people to feed or disturb wildlife in national parks, with violators facing fines of up to $25,000.