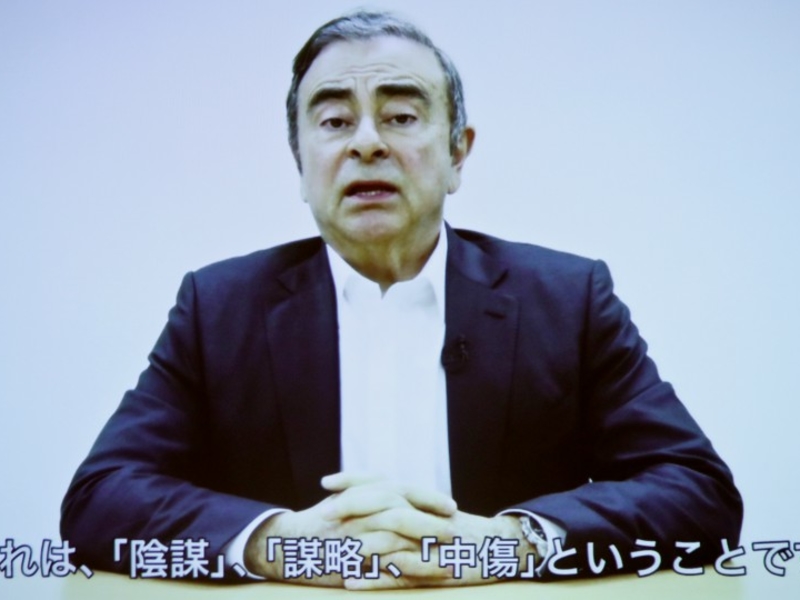 Carlos Ghosn’s detention for almost 130 days in a Japanese jail was neither necessary nor reasonable and violated the former Nissan Motor Co. chairman’s human rights, a UN panel concluded in a harsh critique of Tokyo prosecutors who led the case against him.

The decision to arrest Ghosn four times in a row so as to extend his detention was “fundamentally unfair,” the UN Human Rights Council’s Working Group on Arbitrary Detention said in a report Monday posted on its website. The panel said that it would refer the case to the UN’s rapporteur on torture, cruel and other inhuman or degrading treatment.

“The repeated arrest of Mr. Ghosn appears to be an abuse of process intended to ensure that he remained in custody,” the panel said, pointing out that on at least two occasions he was arrested for the same alleged crime, only for a different time period. “This revolving pattern of detention was an extrajudicial abuse of process that can have no legal basis under international law.”

Ghosn and former Nissan director Greg Kelly were arrested in Tokyo on Nov. 19, 2018, and accused of underreporting the former chairman’s compensation. Both have denied wrongdoing. Additional charges were filed later accusing Ghosn of using company assets improperly, which he has denied.

Ghosn made a daring escape from Japan to Lebanon hidden inside a large box aboard a private jet in late December. It was, Ghosn argued defiantly in Beirut later, the only way for him to avoid what he called trumped-up charges of financial misdeeds concocted with the help of his former Nissan colleagues. His arrest and removal as chairman of Nissan, Renault SA and Mitsubishi Motors Corp. shook the foundations of the automaking alliance he built and triggered management and operational turmoil.

“We welcome a courageous decision from an independent and respected authority, that undeniably establishes Mr. Ghosn’s detention was arbitrary, he was denied his right to impartial justice, and his treatment was unfair and degrading.” his lawyer, Francois Zimeray, said in a statement.

A representative for Nissan declined to comment. There was no answer to a call to the Tokyo Public Prosecutor’s Office on Monday, a public holiday in Japan.

While Ghosn is unlikely to ever face trial or detention in Japan again, the report could be relevant for several ongoing proceedings related to the former auto executive.