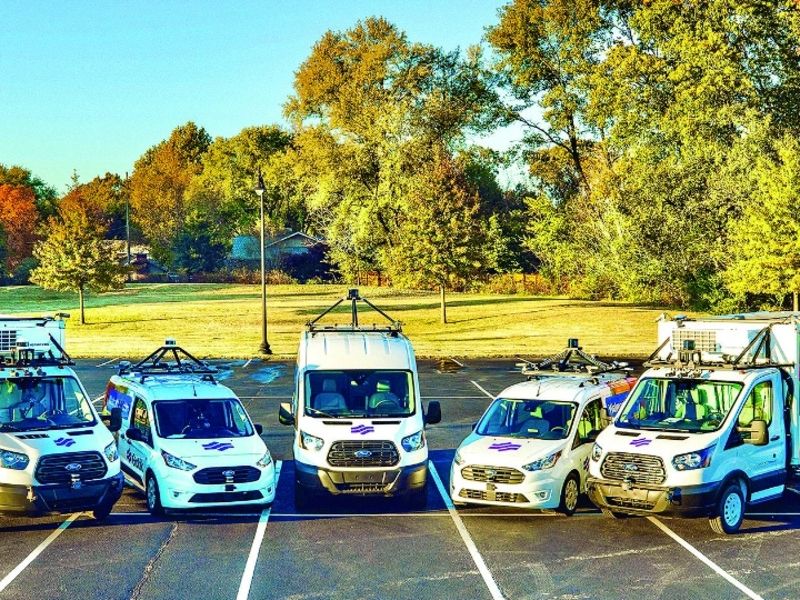 Even before the pandemic struck, Gautam Narang says, the self-driving truck company he co-founded three years ago had gained momentum with customers.

But since COVID-19 arrived, stretched supply chains and accelerated growth of delivery trends with consumers, Narang, CEO of Gatik, says interest in autonomous goods-hauling has mushroomed.

The pandemic “changed everything,” he said. “We saw a huge spike in the number of orders that our vehicles were fulfilling, and the number of runs we were doing for our customers. … We’ve expedited our deployments. We’ve added vehicles ahead of schedule.”

Gatik added to that momentum last week, signing a contract with another major partner. The company will begin hauling goods for Loblaw Cos., the largest Canadian food retailer, in January. Gatik will deploy five of its Ford Transit 350 box trucks in the partnership, running them on five routes between delivery hubs and retail stores as often as 12 hours per day, seven days a week.

The company is already delivering goods for Walmart in Arkansas. The latest partnership gives Gatik another foothold amid increasing competition in the self-driving trucking realm.

Investors have noticed. At the same time Gatik inked the Loblaw deal, the startup added $25 million in a Series A funding round that included participation from Dynamo Ventures, Fontinalis Partners, Wittington Ventures and others, bringing its total venture capital funding to $25.9 million.

The additional funds arrive at a time when Gatik has seen a 30 to 35 percent increase in orders from existing customers, who are seeing increased demand for delivery amid the pandemic. Narang says the company has completed more than 30,000 revenue-generating orders.

That growth has come as the broader e-commerce industry “has been pulled ahead by two to three years,” Ted Dengel, managing director of operations technology and innovation at FedEx, said in late October.

Narang has, quite literally, positioned Gatik in the middle of that burgeoning marketplace.

While other autonomous-trucking companies have focused on long-haul logistics or building versatile self-driving systems that can be upfitted to any number of passenger vehicles or delivery trucks, Gatik has targeted deployments on the “middle mile,” stretches of road that link warehouses and microfulfillment centers with retail stores and distribution hubs. Human safety drivers remain aboard all vehicles.

Constricting its operations to these roads allows the company to simplify its business from an operational standpoint — traveling along repeatable routes for specific customers — and a technology one, with routes tailored to circumvent challenging scenarios and systems optimized to handle specific scenarios along the way.

One example, on one particular route: Gatik’s perception module identified a mailbox as a pedestrian, and vehicles were subsequently slowing down every time they passed. The company’s engineers singled out the mailbox at that exact location and reprogrammed the systems to treat it as such.

“Had this been a robotaxi application, we would have to collect a lot of data on different kinds of mailboxes and retrain the perception module so that you could address this problem more generally,” Narang said during an appearance on the Shift mobility podcast produced by Automotive News.

“Solving general autonomy requires exponentially more data than what we do with our fixed-route approach. … This fix was just a day’s work.”