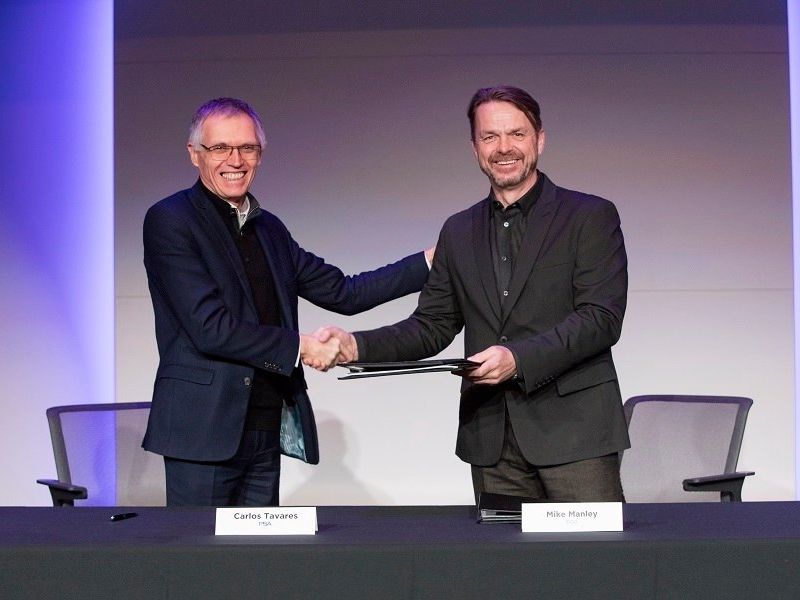 The merger between Fiat Chrysler Automobiles and PSA Group to create the world’s fourth-largest automaker by volume has taken more than two years to negotiate, according to documents filed with regulatory authorities this month.

The deal was discussed over a series of international meetings, in Geneva, Paris, Frankfurt, Detroit, Turin and elsewhere.

Tavares and Manley kept the deal alive through a surprise overture for a merger from FCA to Renault, a seemingly intractable dispute over pre-merger distributions, and the COVID-19 pandemic, which led to a revision of the terms.

As of late November, all seems set for a closing by the end of the first quarter of 2021, with only antitrust approvals in several jurisdictions pending — but there has been no indication those items will delay the closing. Shareholders of both companies are set to meet separately Jan. 4 to vote on the merger.

The prospectus details the timeline of the merger over more than six pages. Here are some of the key moments.

Third quarter of 2018: The automakers met to discuss “potential limited cooperation projects” in areas such as vehicles and powertrains. Manley had just taken over as FCA CEO from a gravely ill Sergio Marchionne. A merger or other combination was not on the table.

March 4, 2019: Tavares floated the idea of a combination during a meeting with Manley at the Geneva auto show. The CEOs discussed potential synergies. On April 1 a confidentiality agreement was signed.

June 6, 2019: FCA said it was withdrawing the Renault offer following a contentious meeting of Renault’s board of directors. That same day, Tavares contacted Manley to restart talks with PSA.

June and July 2019: In a series of meetings, Robert Peugeot outlined the terms of a possible acquisition by PSA of FCA to John Elkann, the scion of the Agnelli family and head of Exor, the controlling shareholder in FCA. Elkann objected, saying FCA shareholders would be “significantly diluted.”

July 22, 2019: PSA’s financial advisers, MMA, offered a new proposal to FCA: A “merger of equals,” including pre-merger distributions to shareholders to equalize the market value of the two companies. FCA, advised by Goldman Sachs, was lukewarm to the proposal and sought better terms, particularly on a pre-merger distribution to FCA shareholders of up to 7 billion euros. That issue halted talks in August.

Oct. 11, 2019: Manley and Tavares handed off negotiations to Goldman Sachs and MMA, who met later in the month to discuss increasing payouts and the future roles of Tavares, who would become CEO of the new company, and Elkann, who would be chairman.

Oct. 27, 2019: Tavares and Elkann met in Versailles, France, to agree on the main terms of the merger: FCA shareholders would receive a 5.5. billion euro payout as well as FCA’s 100 percent stake in the robot maker Comau; PSA would distribute its controlling stake in supplier Faurecia to shareholders.

Oct. 30, 2019: Days after news outlets reported on a pending merger, both boards approved the terms in principle.

Dec. 17, 2019: A memorandum of understanding was signed and publicly announced the next day.

May 23, 2020: Tavares and Elkann discussed the possibility of revising merger terms because of the impact of the COVID-19 pandemic, which had led to temporary factory and showroom closures, potentially wiping out billions in value at both automakers.

Aug. 14, 2020: After potential revisions were discussed over the summer, Tavares and Elkann agreed to amended terms, including reducing the FCA shareholders’ payout by 2.6 billion euros to 2.9 billion euros. The new terms were approved by both companies’ boards a month later.