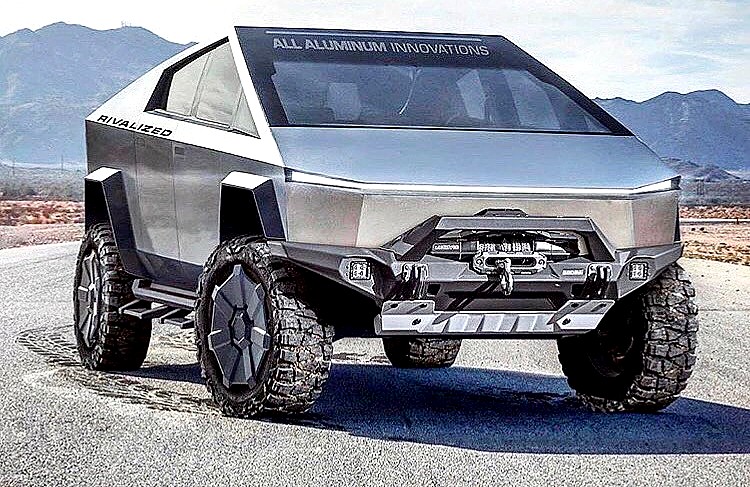 An emissions problem that seems worse than Dieselgate may be brewing in the United States, and it would likely take a perception shift to battle it well. As indicated by a new federal report from the Environmental Protection Agency’s Office of Civil Enforcement, over half a million owners and operators of diesel pickup trucks in the US have been illegally disabling their vehicles’ emissions control technology during the past decade. This trend, which continues to be popular, have allowed excess emissions equivalent to around 9 million extra trucks on the road.

The EPA’s findings in its report echo the shocking revelations of the Dieselgate scandal, which involved Volkswagen admitting to illegally installing defeat devices in millions of passenger cars worldwide to cheat emissions tests. About half a million of these vehicles were sold in the United States. Yet inasmuch as Dieselgate was shocking, what makes the EPA’s recent report quite alarming is the fact that truck owners themselves are the ones–as well as small auto shops–who are willingly installing the illegal emissions-increasing devices on their pickups.

This makes it extremely difficult to accurately measure the scope of the US pickup truck market’s emissions problem. The EPA’s report estimates that there are over half a million pickup trucks in the US equipped with emissions-increasing devices over the past decade. However, the EPA’s study only focused on devices that were installed in heavy pickup trucks like the Chevy Silverado and the Dodge Ram 2500, which weigh between 8,500 to 14,000 pounds. Considering that some owners of smaller trucks like the Ford Ranger may also be engaged in the same practice, there is a good chance that the US’ pickup truck emissions problem may very well be far bigger, involving millions of vehicles nationwide.

“One reason it is difficult to estimate the full extent of tampering nationwide is that the Air Enforcement Division has reason to believe this conduct occurs within most or all categories of vehicles and engines, including commercial trucks, passenger vehicles, pickup trucks, motorcycles, forestry equipment, and agricultural equipment,” the report read.

According to the report, the modifications that “diesel tuners” in the US place in pickup trucks could result in the release of over 570,000 tons of nitrogen dioxide, a substance associated with diseases like heart and lung disease, over the lifetime of the vehicles. This is more than 10x the excess nitrogen oxide emissions attributed to Volkswagen’s Dieselgate vehicles that were sold in the United States. The report further stated that the modified pickup trucks will hit 5,000 excess tons of industrial soot over their lifetime. Industrial soot, also known as particulate matter, is linked to respiratory diseases and higher death rates for COVID-19 patients.

John Walke, an expert in air pollution law at the Natural Resources Defense Council, noted in a statement to The New York Times that the EPA’s findings came at the worst time possible. “A global respiratory pandemic is the worst time to find out that there is this massive cheating by the makers of these devices. That is an astronomically high level of smog-forming pollution. It’s happening at ground level where people are breathing the fumes. And if the problem extends to other vehicles it’s almost unimaginable what the health impact will be,” he said.

Phillip Brooks, a former EPA emissions investigator and a veteran of the Dieselgate case, shared his thoughts on the US pickup truck market’s budding emissions controversy. “The aftermarket defeat device problem is huge. A lot of people just don’t understand what the problem is — your average person buys a vehicle and says, it’s my vehicle, I can do what I want with it. They may not even be aware that these devices are illegal,” he said. “But the real question is impact. If 10 people do it, there’s no impact. But these are numbers that are meaningful for air quality. This is not a great way to express how to be a free American, but there are a lot of people out there who think that way.”

The Need for a Diesel Pickup Predator

To battle such a horrible emissions trend, a change of perception is needed that is not that different from what the Model S ushered in for the high-performance sedan market. Diesel tuners, after all, equip vehicles with illegal emissions-increasing equipment largely to improve a pickup truck’s performance. If a vehicle were to be introduced in the pickup truck market that is so far ahead in durability, power, and performance compared to the veterans of the pickup segment, then large diesels could end up going the way of horse-drawn buggies. There are few vehicles that are better at leading this charge than the Tesla Cybertruck.

Similar to the next-generation Roadster, the Tesla Cybertruck has the potential to be a “smackdown” of sorts to the diesel pickup truck market. It’s a large vehicle with a domineering stance designed to look like a futuristic armored personnel carrier. Avid diesel aficionados tend to poke fun at EVs due to their tame, sleek, looks. There’s nothing of that in the all-electric pickup. The Cybertruck, with its XY, origami-like exoskeleton, is a steel beast: tough, unapologetic, and it looks like something that even a large diesel truck should not cross. This trend continues to the Cybertruck’s performance and utility, with its 0-60 mph time of 2.9 seconds, its 6.5-foot truck bed, its 14,000-lb towing capacity, and 500+ miles of range.

Assuming that Tesla does release the Cybertruck with specs that meet those that were announced during the vehicle’s unveiling, the all-electric pickup could utterly outperform diesel rivals to such a degree that it would be embarrassing for traditional trucks to stand toe-to-toe against the steel monster. And once this is established, perhaps the time would soon come when diesel-powered modified trucks could become laughable in the face of superior vehicles that just happen to have zero emissions. Such a time, while unfortunate for the US’ long history of large diesel trucks, would likely be appreciated by the environment and the populace as a whole.

Read the EPA’s report on tampered US pickup trucks and their emissions below.