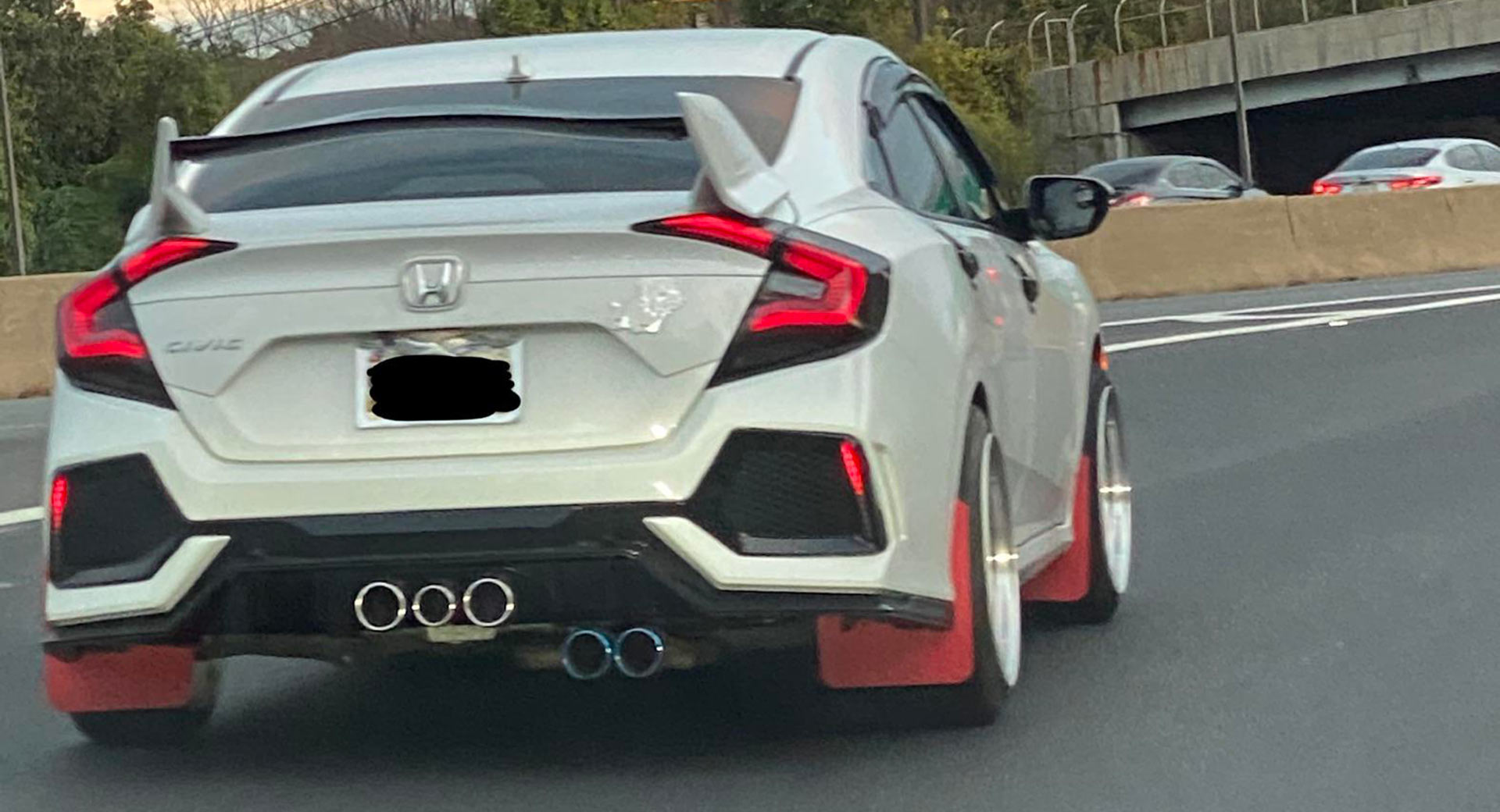 Traditionally, performance cars have either two or four exhaust pipes. However, a small handful, such as the Ferrari F40, Ferrari 458 Italia and Lexus LFA, have three, and so does the Honda Civic Type R.

Evidently, the owner of this Honda Civic didn’t just go for the three-tailpipe Type R look, but decided their ride would look better with five.

This image was recently shared on Reddit and shows a Civic that’s been equipped with a handful of Type R components. These include the fixed rear wing, fake mesh grilles and rear diffuser, as well as the Type R’s signature three tailpipes.

Read Also: All This Bizarre Nissan GT-R Really Wanted Was To Be A Honda Civic Hatch

Or at least that’s what the owner would have us believe, as those tips don’t seem to be attached to anything. The actual exhaust pokes out from under the diffuser and has two tailpipes with blue chrome tips. Needless to say, the end result leaves a lot to be desired.

The three Type R “exhausts” aren’t the only questionable modifications made to this Civic, as it also has red mud flaps and wheels that poke out from the arches.