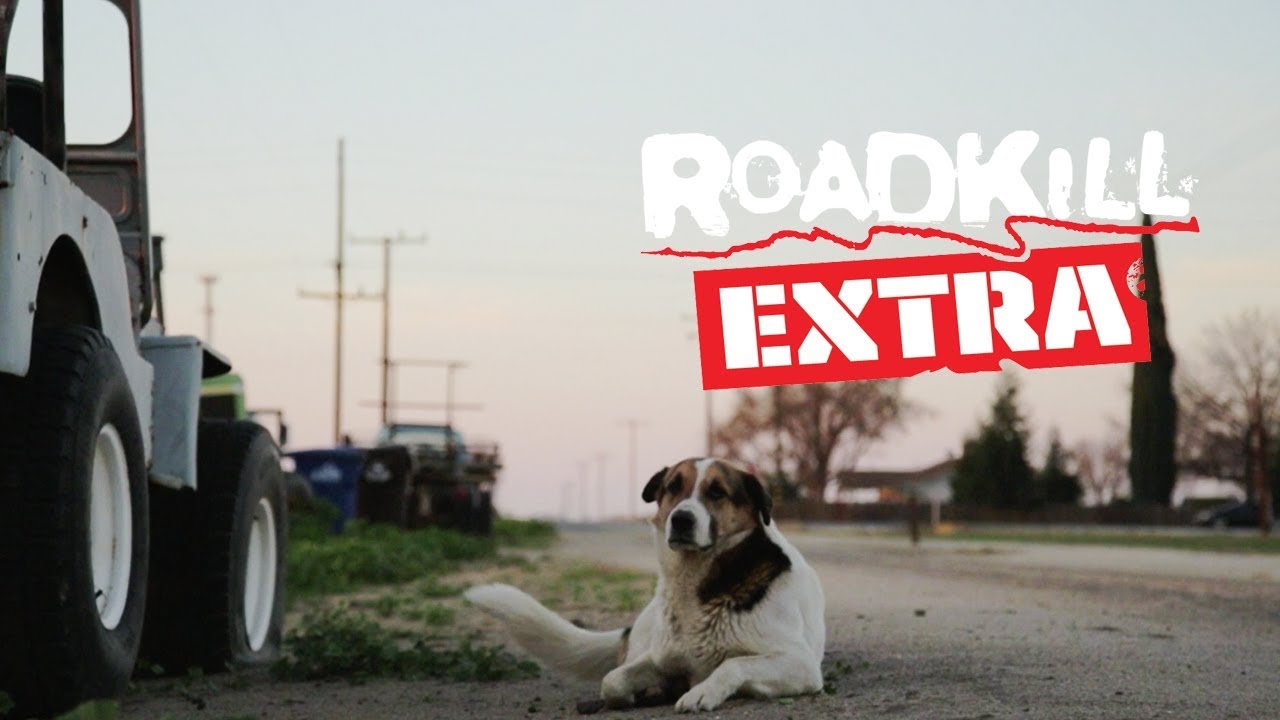 Videos
Share on Facebook
Share on Twitter
Share on Pinterest
Share on LinkedIn
We love our dogs at Roadkill, but they drop like flies. Nearly two years ago, we lost Bika the Roadkill dog and in June our buddy Big Joe the Shop Dog (aka BJTSD) was hit by a car. We knew it would eventually happen, as he just wouldn’t stop chasing vehicles, and he refused to live on a chain or behind a fence. He was really just a permanent stray, yet we’ll always remember him.

We’ve provided this free episode on YouTube to give you a taste of Roadkill Extra so you can decide if you’d like to subscribe for more episodes.

As you watch, cruise over to Facebook.com/RoadkillShow, follow us, and watch for future posts asking for your questions to be answered on the Q&A sessions that are posted every Friday on Roadkill Extra Powered by Dodge.