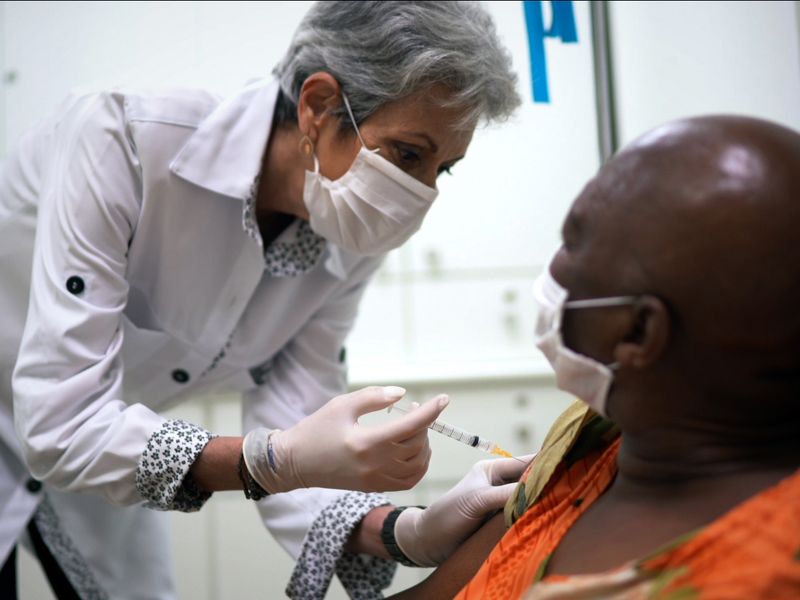 During college football’s biggest New Year’s Day bowl games, instead of running another ad about the capabilities or popularity of the F-150, Ford Motor Co. aired a spot that encouraged a renewed commitment to coronavirus safety. It’s a message that needs to be echoed at the start of a vaccine rollout that is going to take months.

At a time when the country remains bitterly divided over politics — including, sadly, whether to wear a mask to protect other people — it took at least a little courage to spend key marketing dollars on a spot with no direct commercial appeal. It could have come off as preachy or Pollyannaish, but director Peter Berg’s tone for “Finish Strong” was pitch perfect.

The stakes are high. COVID-19 is killing more than 2,600 Americans a day — nearly as many killed on 9/11. About 50,000 lives could be saved in the first quarter if people diligently wore masks, washed their hands well and maintained safe distances, according to a University of Washington study.

“We are so close,” actor Bryan Cranston intones on the ad. Indeed, the rapid development and emergency approval of multiple effective vaccines has been inspiring. It creates an opportunity for life to look pretty normal as soon as the third quarter. But only if the vaccines get made and get into people’s arms efficiently. Early rollout delays combined with hesitancy in some quarters to take the vaccine show that a rapid recovery — medically and economically — is not a given.

And this economy needs a shot in the arm, particularly the dining, travel and entertainment industries. Auto manufacturing and retail have proved resilient, and U.S. light-vehicle sales are projected to rise about 10 percent this year to 16 million. That’s good growth and a decent total, but it would also be the second-lowest annual result since 2013 and about 9 percent below the 2016 peak.

When the pandemic struck, Ford and General Motors were among the first companies to shift their skills to producing personal protective equipment and other needed medical gear, setting an example for how great companies respond to a national and global crisis. In the same way, this ad and the rest of the company’s well-documented good deeds should motivate other businesses and individuals to do what they can to inspire Americans, not only as consumers, but as citizens and patriots on a shared mission to save lives in our communities.