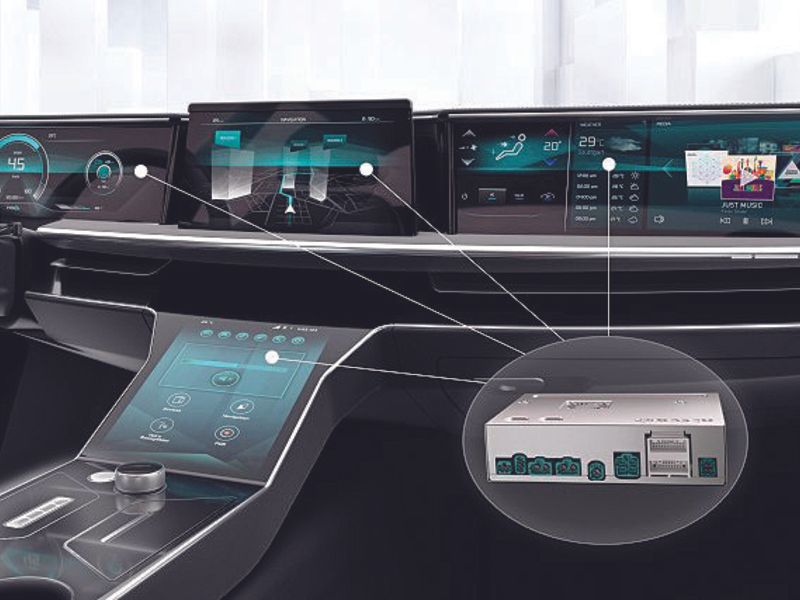 Instead of flashy in-vehicle demonstrations and massive displays inside the Las Vegas Convention Center or at other hotels, automakers, suppliers and mobility startups must get creative with virtual unveils and digital news conferences for CES this year.

Some major technology suppliers that have been star attractions at past shows will not be participating this year. But others intend to create a unique user experience to showcase their latest developments.

Here are a few of the top innovations to watch for during CES. Others will be made public throughout the week.

German megasupplier Continental usually has a major presence at CES. This year will be no different, despite the show’s all-digital format.

The company’s Transparent Trailer, which won a CES 2021 Innovation Honoree Award in the vehicle intelligence and transportation category, uses Continental’s surround-view system to give drivers a panoramic view to see beyond a trailer behind them. The supplier displayed its Transparent Hood, also based on its existing cameras and control unit, at last year’s event.

Continental will also show a 4D-image long-range radar sensor, which calculates an approaching object’s location as well as its distance.

The German polymer materials supplier Covestro will showcase materials for electric vehicle charging and mobility at the show.

Covestro will also display LED and lighting products, augmented and virtual reality devices, and materials that power home automation and security and telecommunications.

Magna International made headlines two weeks before CES with the formation of a billion-dollar South Korean joint venture with LG Electronics to supply electric vehicles.

Expect the Canadian supplier to talk more during CES about the venture, LG Magna e-Powertrain, which intends to manufacture e-motors, inverters and on-board chargers.

Swamy Kotagiri, who became CEO of Magna on Jan. 1, told Automotive News Canada in December that the joint venture will target a fast-growing global market, and that the partnership puts the two companies “at the forefront of electrification.”

The JV is expected to immediately supply General Motors and Jaguar Land Rover.

Magna also will talk about its ideas for sustainable powertrain technologies.

The new organization’s leadership team was named just days before CES, and Bosch is likely to use the virtual show to discuss the division’s plans.