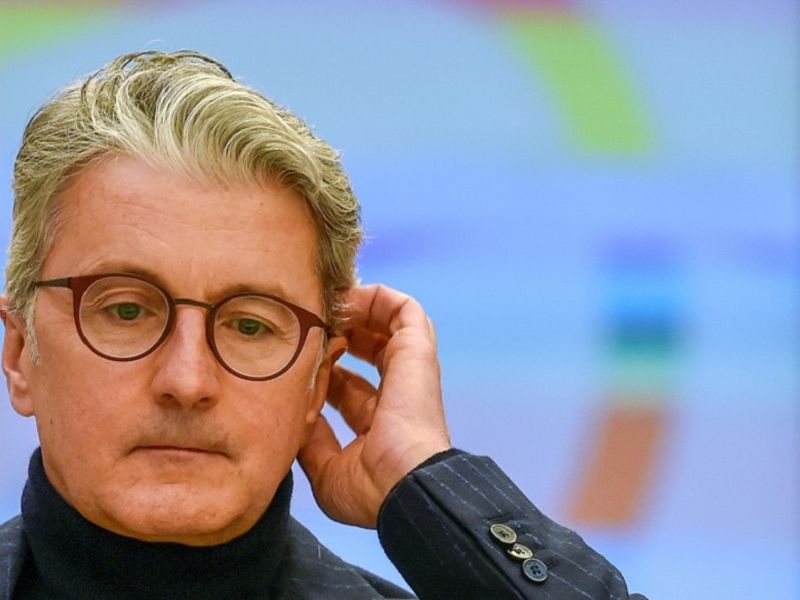 Stadler, testifying for the first time, told a Munich court on Tuesday that engineers gave the management board at the VW Group’s luxury-car unit insufficient information to detect the fraud.

The 57-year-old is the first of several high-ranking VW executives to go on trial in Germany over the diesel scandal, which has cost the company at least 32 billion euros ($39 billion). A separate trial is scheduled to start next month against former VW CEO Martin Winterkorn, 73, and other suspects in Brunswick in VW’s home state of Lower Saxony.

Stadler’s testimony stuck close to the standard corporate defense that any engine manipulation was the fault of a group of rogue engineers.

He told the court that instead of coming clean, like their counterparts at VW after the cheating was uncovered in September 2015, leading Audi engineers still pursued “a salami tactic” to get around internal scrutiny.

He said that meant the engineers disclosed only bits and pieces, or slices, of information, rather than giving the full picture.This hindered his efforts to get to the bottom of the misconduct and caused damage for the company, he said.

Stadler is accused of failing to stop the sale of affected diesel cars in Europe even after U.S. authorities uncovered the engine-rigging to bypass emission tests. Aggravated fraud carries a sentence of between six months and 10 years under German law.

His defense lawyer, Thilo Pfordte, has lashed out at prosecutors in previous hearings, claiming they tried to force the former Audi chief to stand trial even as allegations against him are less severe than those leveled against the other suspects.

Stadler said Tuesday that prosecutors in their indictment ignored evidence that showed his efforts to get to the bottom of the misconduct. He says he urged all employees to share relevant information and offered amnesty for whistle blowers. He said prosecutors “gave the impression of being biased.”

Prosecutors allege former Audi engine chief Wolfgang Hatz, who is also on trial in the case, knew about the cheating as early as 2008, a claim he denied.

Two former lower-level Audi engineers on trial in Munich, however, claim board members were aware of the malpractice involved in pushing to make supposedly clean-diesel cars popular in the U.S. and elsewhere.

The trial is poised to drag on through the end of 2022 and relates to 434,420 cars, more than 80 percent of which were sold in the U.S., according to the indictment filed by prosecutors.