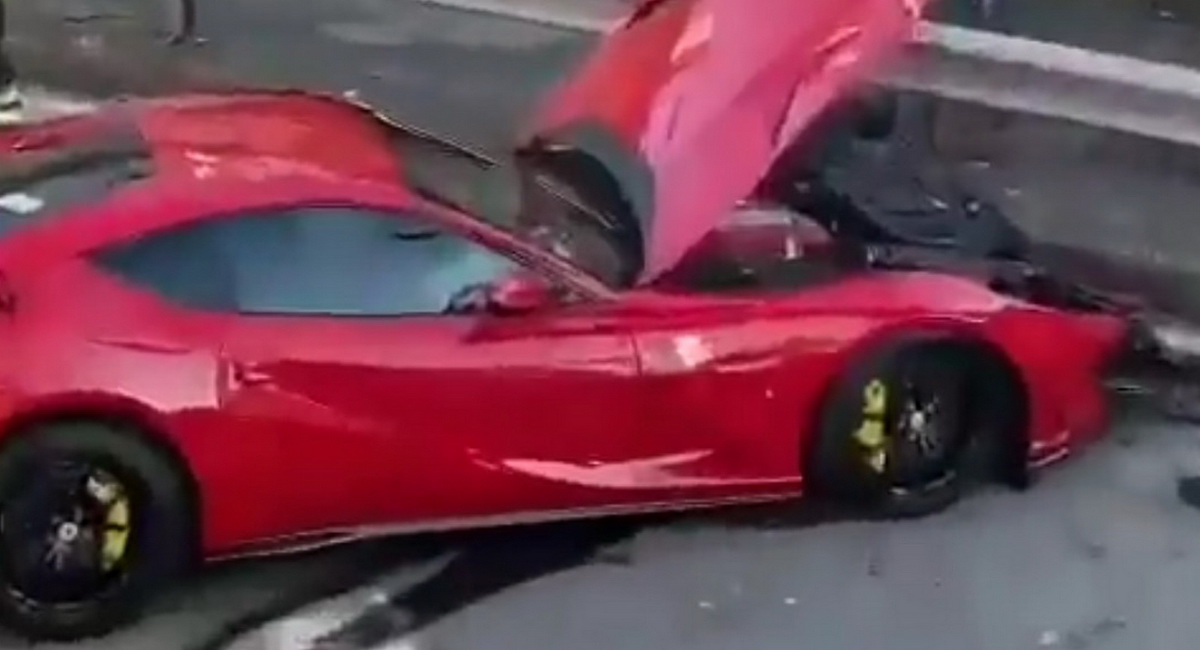 Sure, leave your 789 HP supercar in the hands of a stranger – what’s the worst thing that can happen? We should let Genoa FC goalkeeper Federico Marchetti answer that question, whose garage is now short a $335,000 Ferrari 812 Superfast.

The Italian soccer player had left his car to be washed and expected it returned to him at his team’s training base afterwards. Unfortunately, the person behind the wheel failed to make it there.

According to the Daily Mail, the car wash employee driving the 812 lost control of the exotic and hit a total of five parked cars, plus a guardrail for good measure. The only good thing resulting from all this mayhem was that nobody was actually hurt.

Read Also: Bespoke Ferrari 812 Superfast Is Bound To Turn Heads No Matter Where It Ends Up

Video footage surfaced almost immediately, showing emergency services on the scene doing clean-up so that the Italian exotic could be taken away. Judging by the damage, you can pretty much stick a fork in it, although we’ve seen cars in far worse shape getting a second chance at life.

Following the incident, Marchetti, who holds 11 international caps and was on the Italian national team roster at the 2010 World Cup, took to Instagram in order to share his feelings, stating that he’s glad nobody was hurt while adding: “I’ve read a lot of bad stuff written. Let’s leave it alone – I hope I won’t have to read it any more.”

While we can definitely understand why he’d say something like that, let’s hope that next time he wants his car washed, he’ll drive it back himself – it’s the responsible thing to do, especially during a pandemic.