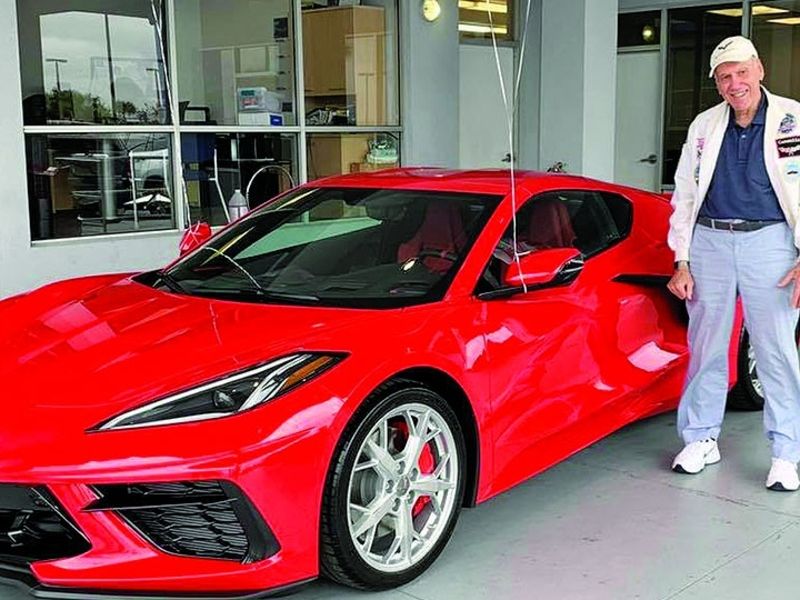 Chuck Cook knew exactly what he wanted for his 90th birthday. When he picked it up at Cecil Clark Chevrolet last week, the Florida dealership threw him a party.

“This is my birthday present to myself,” Cook told the Daily Commercial in Leesburg, Fla. “I’ve owned Corvettes since 1981, when I bought my first one. This makes my fourth one in my lifetime. I can’t wait until the pandemic is over so I can get this to all the car shows.”

Cook’s first Corvette was one of the last ones made in St. Louis. He eventually traded it in for a 2001 Corvette, then traded that for a 2014, which he traded in last week.

Cook and his wife, Barbara, were joined at the dealership celebration by friends from the Touch of Glass Corvette Club, of which he is a founding member.