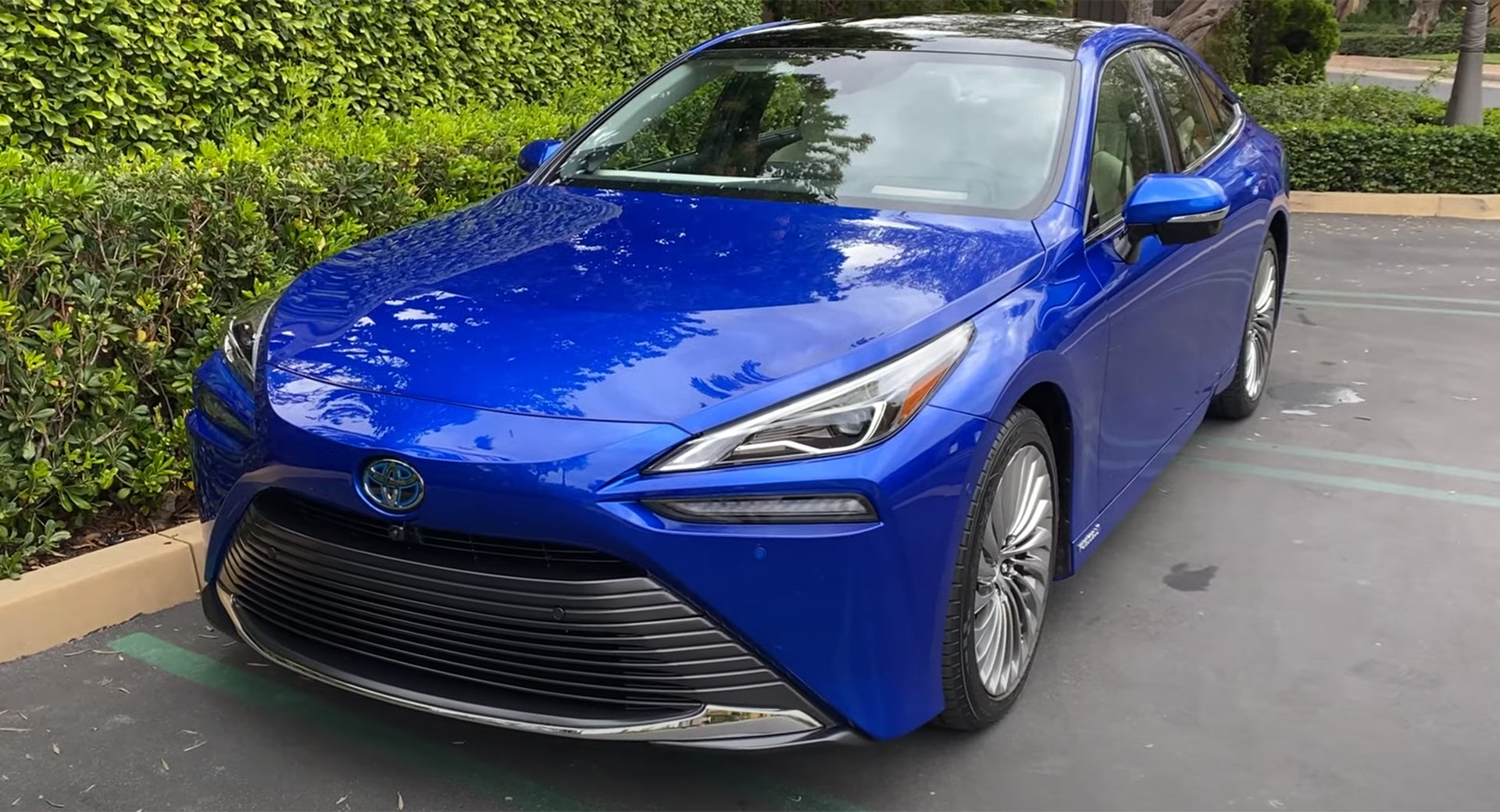 The first-generation Toyota Mirai was never a particularly desirable vehicle. In fact, it was quiet the opposite. Now, with the launch of the second-generation model, has Toyota delivered a hydrogen-powered vehicle that people might actually want to own?

Shortly after the 2021 Mirai landed in the United States, Doug DeMuro has had the opportunity to put it through its paces and it certainly has a lot of things going for it.

DeMuro’s review starts off in the interior of the new Mirai which he says all feels rather ‘normal’. Evidently, Toyota didn’t want to give the car a weird and wacky cabin just because it has an innovative hydrogen powertrain, meaning some of the components found throughout are familiar with those of other Toyota models.

With that being said, there are some interesting features found within, including the rather odd gear selector and a massive cross-member that splits the moonroof in two. Interestingly, this moonroof can’t actually be opened.

The 2021 Toyota Mirai is based on a new rear-wheel drive platform and features a fuel cell stack that’s said to be smaller and lighter than the first-generation model. The complex powertrain consists of an electric motor with 180 hp and 221 lb-ft (300 Nm) of torque, a 1.24 kWh lithium-ion battery pack, and no less than three hydrogen storage tanks. The car has an EPA-estimated driving range of up to 402 miles (647 km).

Should we be excited about the driving experience? Check out the review to find out.