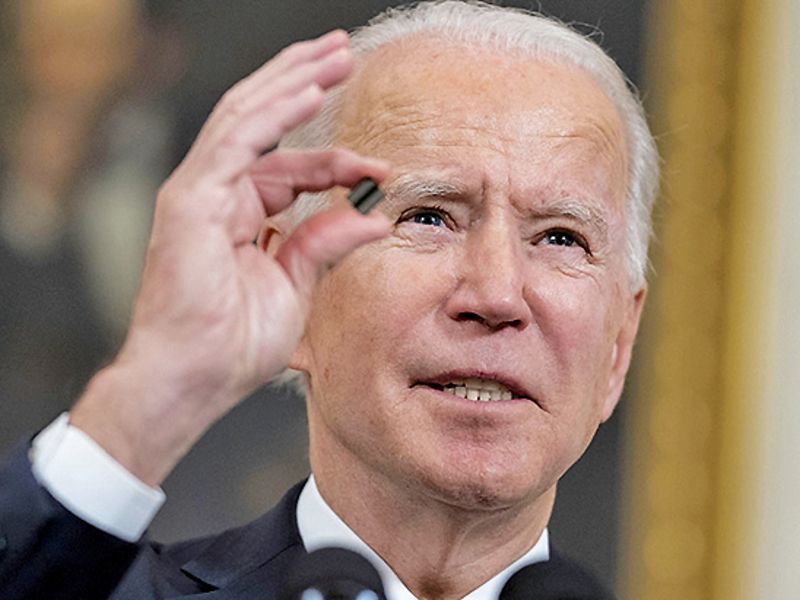 Though the impact won’t be felt immediately, President Joe Biden answered urgent pleas from the automotive industry and other groups last week by directing a review of potential weaknesses in U.S. supply chains in an effort to address the global semiconductor chip shortage that has forced automakers to cut back vehicle production.

Biden’s executive order launched an immediate 100-day review of supply chains for four vital products — semiconductor chips, large-capacity batteries for electric vehicles, critical minerals and strategic materials such as rare-earth elements, and pharmaceuticals. It also calls for an in-depth review of six industrial sectors including transportation, energy and information and communications technology within one year.

The action is a first step by the administration to comprehensively identify risks in the nation’s critical supply chains and part of Biden’s commitment to accelerate U.S. leadership in clean energy by potentially expanding domestic production of those items.

In the short term, however, the president’s directive “will probably not assist that much” in getting the needed semiconductors into vehicles, said Ann Wilson, senior vice president of government affairs at the Motor & Equipment Manufacturers Association.

“Longer term, though, it gives us the opportunity to address the core reasons we have this crisis right now to make sure that we don’t repeat history,” she told Automotive News.

Industry groups including MEMA urged Biden last month to work with Congress to provide “robust funding” to incentivize the construction of semiconductor manufacturing plants in the U.S and invest in research capabilities.

A bipartisan group of eight governors from states including Michigan, Ohio and Kentucky also called on Biden to redouble efforts to help secure sufficient semiconductor supply to meet demand from the auto industry, according to a letter sent to the White House on Friday, Feb. 26.

The president — who met with a bipartisan group of lawmakers last week to discuss supply chain issues such as the pandemic-induced semiconductor shortfall — said he is pushing for $37 billion to fund measures included in this year’s National Defense Authorization Act that could boost semiconductor manufacturing capacity.

On Feb. 26, AutoForecast Solutions projected that 1.6 million vehicles will be lost globally in 2021 as a result of the supply line problem. Analysts from IHS Markit are expecting the semiconductor shortage and disrupted production plans to cost automakers billions of dollars this year.

Industry groups representing automakers praised the president’s order as a step forward in addressing the shortage and committed to working with the administration on long-term strategies.

“Resilient supply chains are key to long-term investments in advanced automotive technology — including electrification, advanced safety features and automated driving systems — and ensuring the U.S. remains an innovation leader,” John Bozzella, CEO of the Alliance for Automotive Innovation, which represents most major automakers in the U.S., said in a statement.

Biden’s order also comes amid pressure from lawmakers and industry leaders to increase domestic sourcing of critical minerals such as rare earths as well as EV batteries and their components — a space dominated by China.

“Increased domestic production — meaning American jobs — and closer ties with our allies are both vital to loosening Beijing’s grip on batteries and their components as well as critical minerals, rare earths and a slew of other industries that make up the EV supply chain,” said Robbie Diamond, CEO of Securing America’s Future Energy, a nonpartisan group committed to reducing the country’s reliance on oil.

“The attempt is there,” he said. “Is it enough? I don’t know. Will it increase? I certainly hope so.”