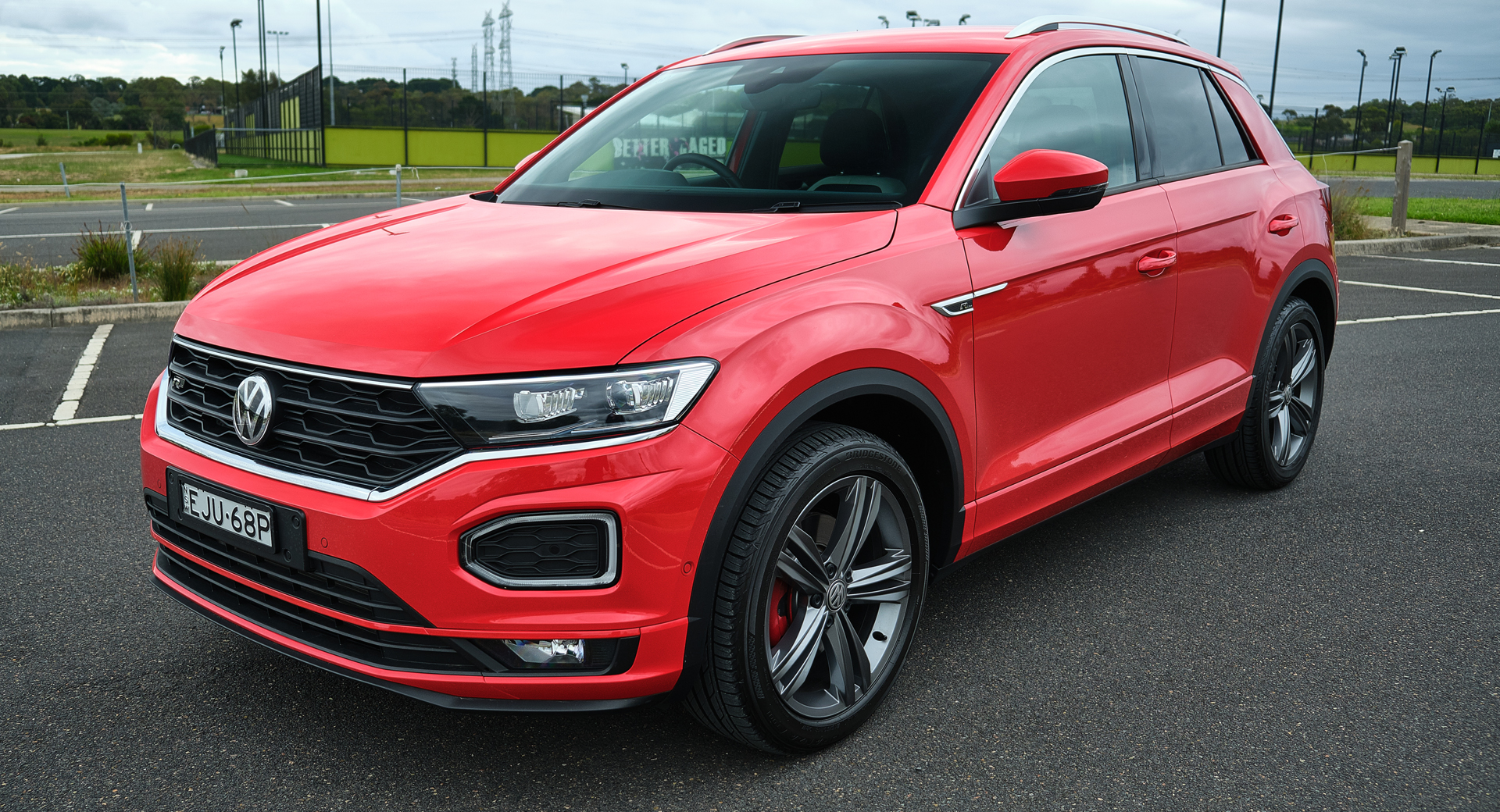 In an age where demand for crossovers and SUVs continues to rise, the Golf-based Volkswagen T-Roc proves that there is something to this trend.

Launched in Australia last year following a series of delays, the T-Roc was initially only sold in flagship 140TSI guise. While that variant has since been joined by the 110TSI, it was the 140TSI Sport that we recently sampled.

In creating an SUV based on the same MQB A1 platform as the Golf, Volkswagen simply could have raised the suspension on the ever-popular hatch, tweaked the styling, and called it a day. Instead, it went to town on differentiating the T-Roc not only from the vehicle it is based on but also all other SUVs in its lineup. The result is a vehicle which to our eyes not only looks better than the Golf but most other VWs as well. 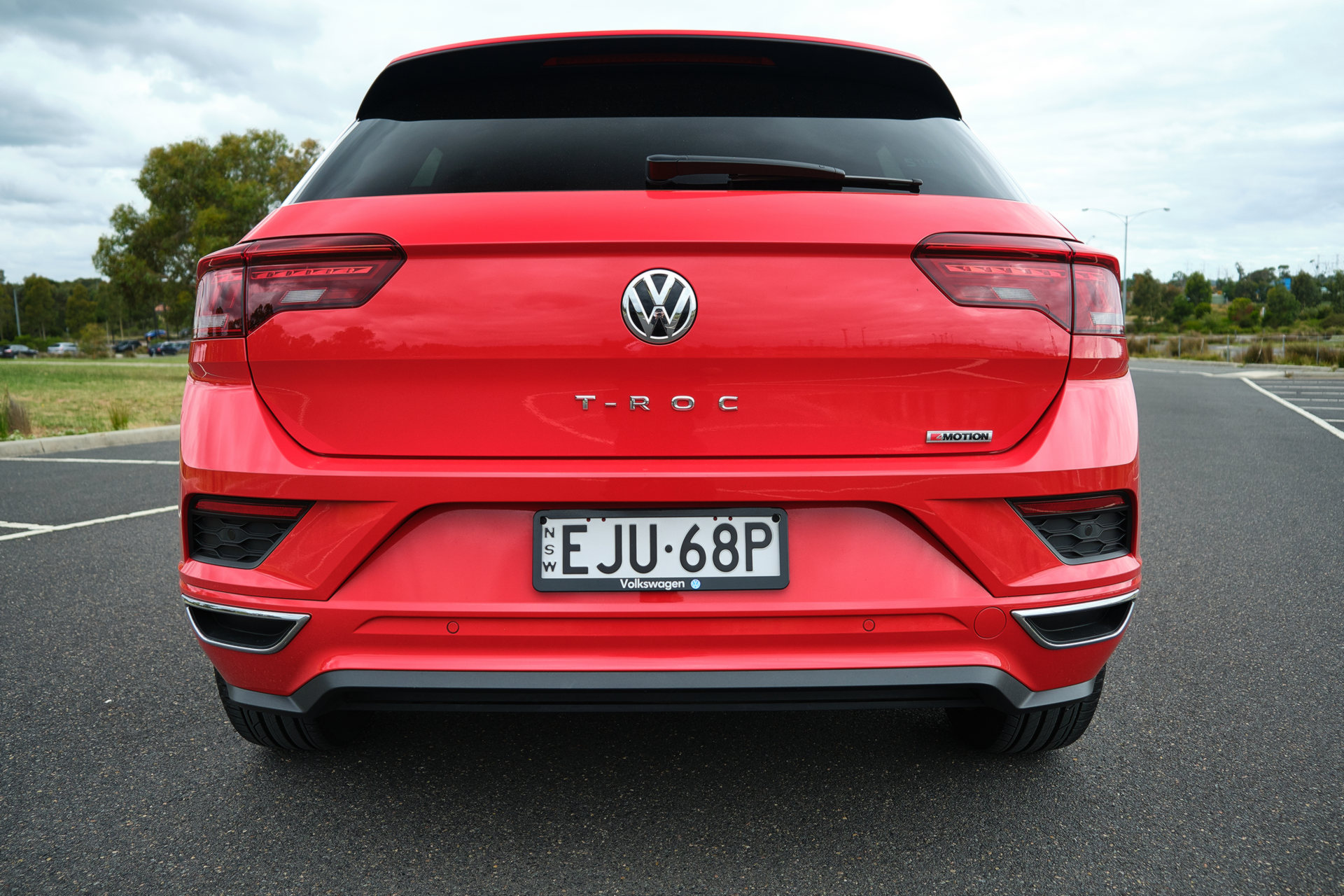 The aggressive shape is a key highlight. A purposeful front fascia flows seamlessly into the flared front wheel arches while a striking design line above the door handles guides your eyes to a suave rear-end with uniquely-shaped taillights. The thick C-pillars and tapered roofline add to the overall aesthetic of the SUV.

All 140TSI Sport models sold Down Under are equipped as standard with the R-Line package and roll on a set of 18-inch alloy wheels. One key design highlight are the daytime running lights that wrap around faux air intakes in the front bumper. The Flash Red paint scheme made our test car all the more striking.

Volkswagen has got the design of the interior just right as well. The cabin feels airy and noticeably bigger than the Golf. This is especially obvious in the second row where there is heaps of headroom and legroom and despite the massive C-pillars right next to the headrests, it doesn’t feel claustrophobic. The trunk swallows up 392 liters (13.8 cubic-feet) of cargo, slightly more than a Golf. There’s plenty of storage space at the front too. 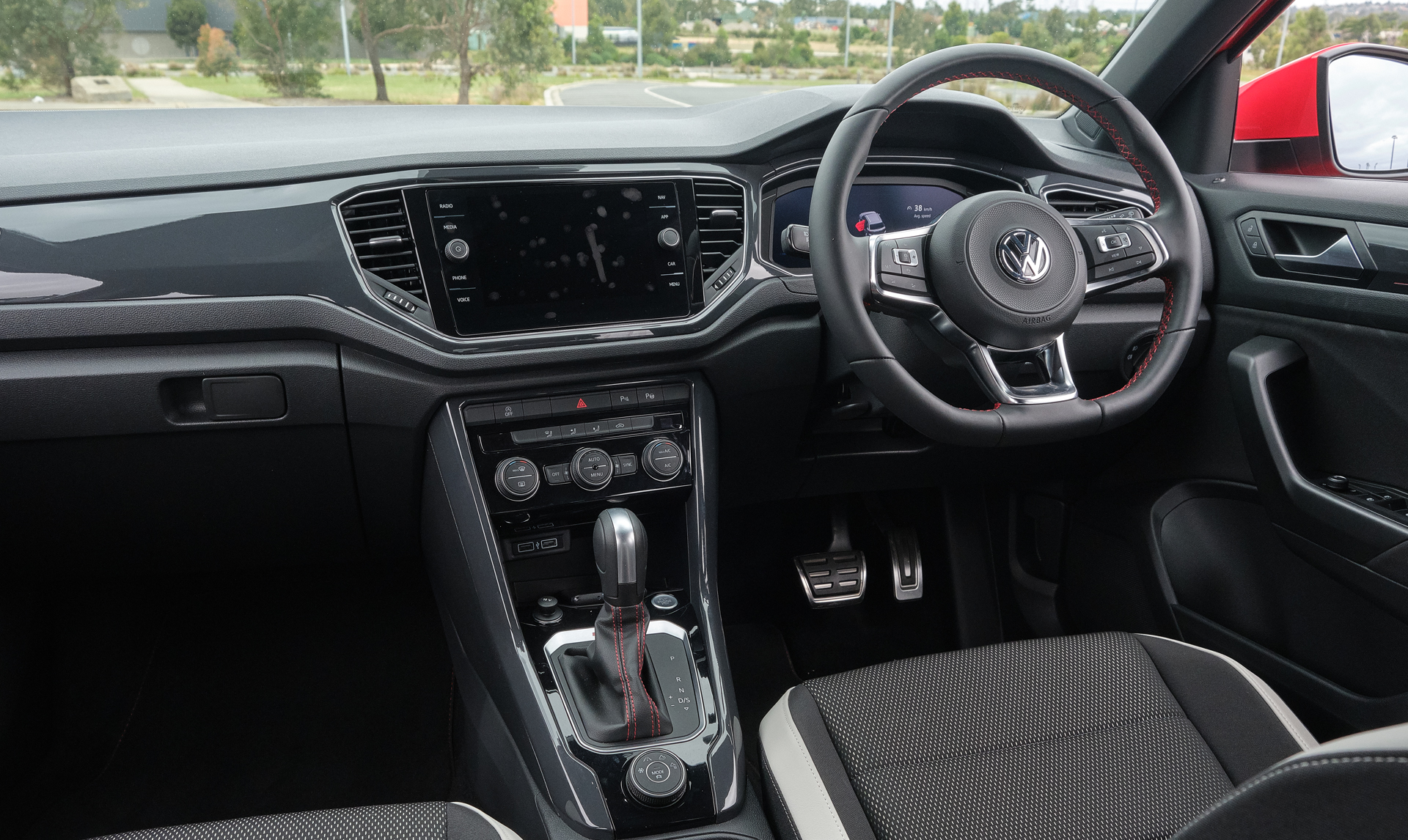 Most notable is the fully digital gauge cluster which, just like many other VW models, can be configured to your tastes and displays all the vital information you could ever need. The flat-bottomed steering wheel with red contrast stitching is a nice addition, as is the red stitching on the shifter boot. An 8.0-inch infotainment screen also comes as standard and includes Apple CarPlay and Android Auto.

Local buyers have two option packages available, namely the Luxury Package and the Sound & Style Package. The first of these is priced at AU$3,500 (US$2,696) and includes individually heated front seats, a panoramic glass sunroof, and Vienna leather-appointed seat upholstery. The AU$2,000 (US$1,541) Sound & Style package brings satellite navigation, adaptive chassis control with Driving profile selection, a Beats 300W premium sound system, Composition Media audio system, and progressive steering. Our test car had this package and it is well worth the money. 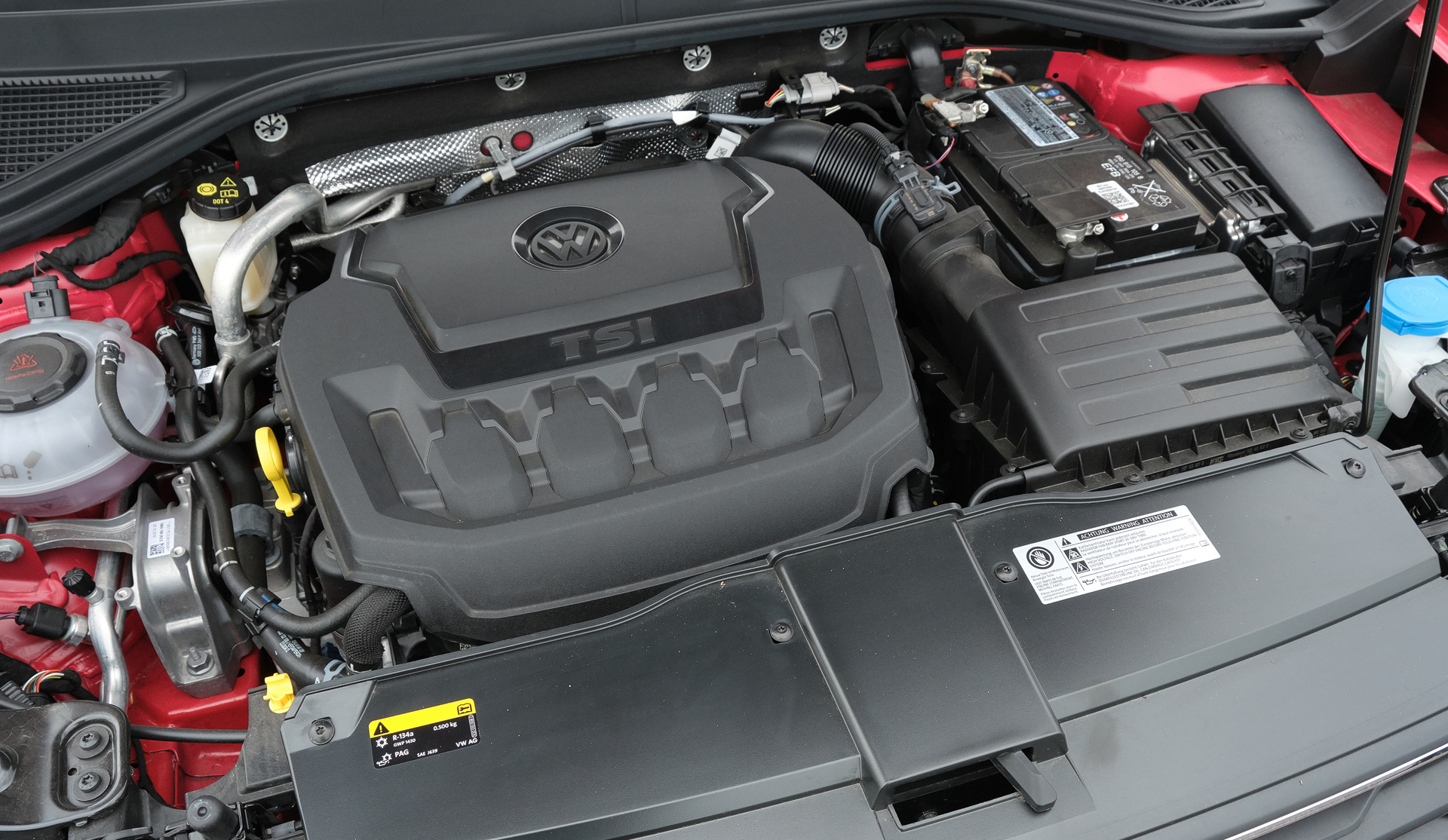 As the name of the model implies, it delivers 140 kW (187 hp) (and 236 lb-ft (320 Nm) of torque) thanks to a 2.0-liter turbocharged four-cylinder. That is all you could possibly need for a compact SUV like this and adding to the package is VW’s excellent seven-speed DSG dual-clutch transmission which drives all four wheels via the 4MOTION AWD system.

If you were to close your eyes and pin the throttle (something we do not recommend), one could be easily fooled into thinking they were driving a hot hatch. The acceleration of the T-Roc 140TSI Sport is very impressive. It builds up speed with refinement and ease, pushing you back into your seat as the transmission snaps through the gears. We suspect most owners will be more than satisfied with the performance, even though this isn’t the full-blown R variant offered in some markets.

In the T-Roc you can choose between a number of different modes suited to both on- and off-road driving. We found the ‘Sport’ setting to be the best option for the street as it helps to liven everything up and make the vehicle feel that much tauter through the bends. Speaking of the bends, the T-Roc performs well at cornering, although it is quite easy to push into understeer if you overstep the limits of adhesion. 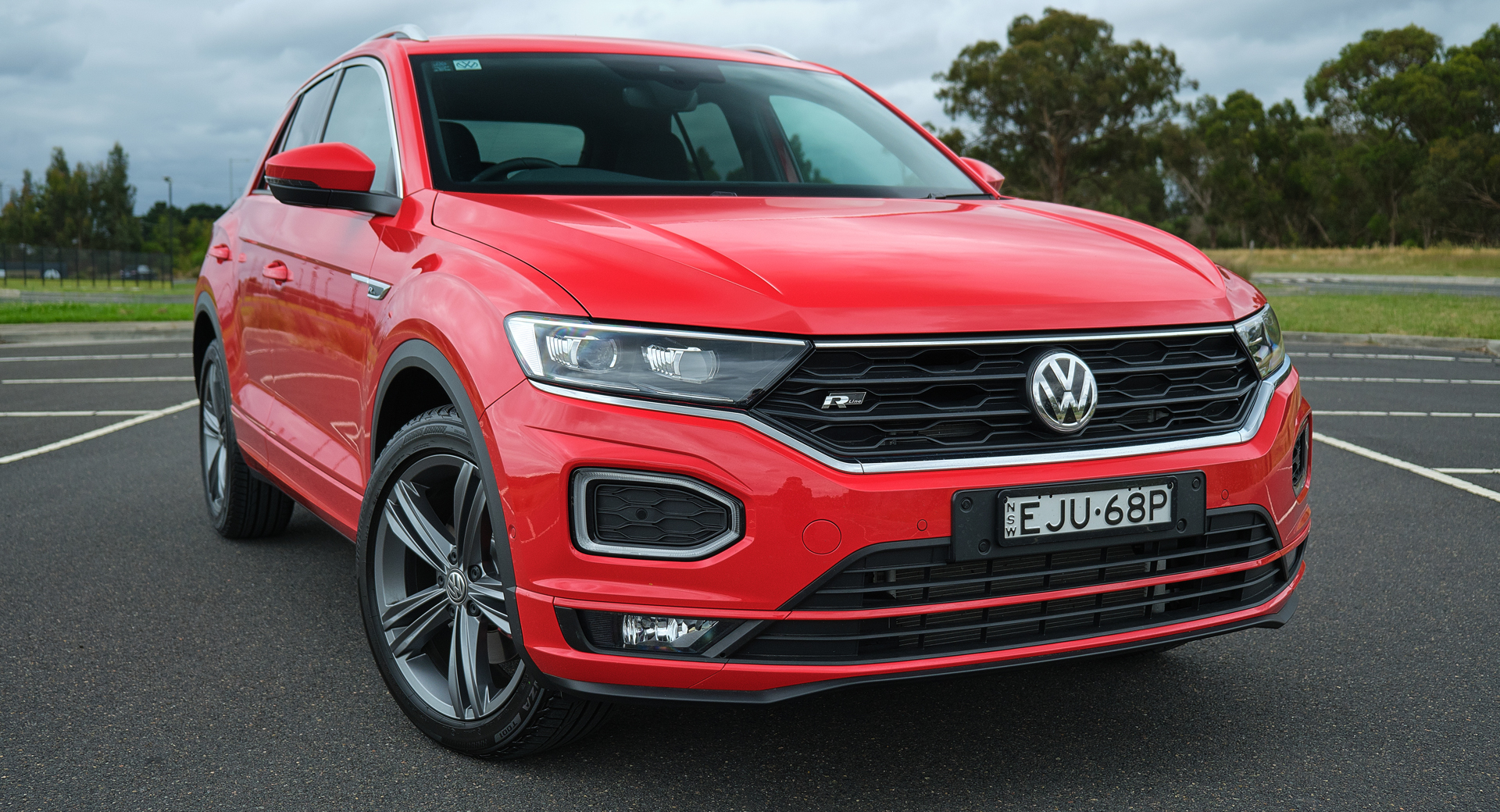 Volkswagen has also provided the T-Roc with Offroad, Offroad Individual, and Snow modes. While these are nice inclusions you won’t find on a Golf, they certainly don’t transform the SUV into a hardcore off-roader.

One particularly interesting aspect of the driving experience is how small the T-Roc feels. Indeed, it feels no larger than an Mk7 Golf, allowing you to enjoy all the advantages of an SUV with the all-wheel drive system without feeling like you’d tower over a Golf at the traffic lights. 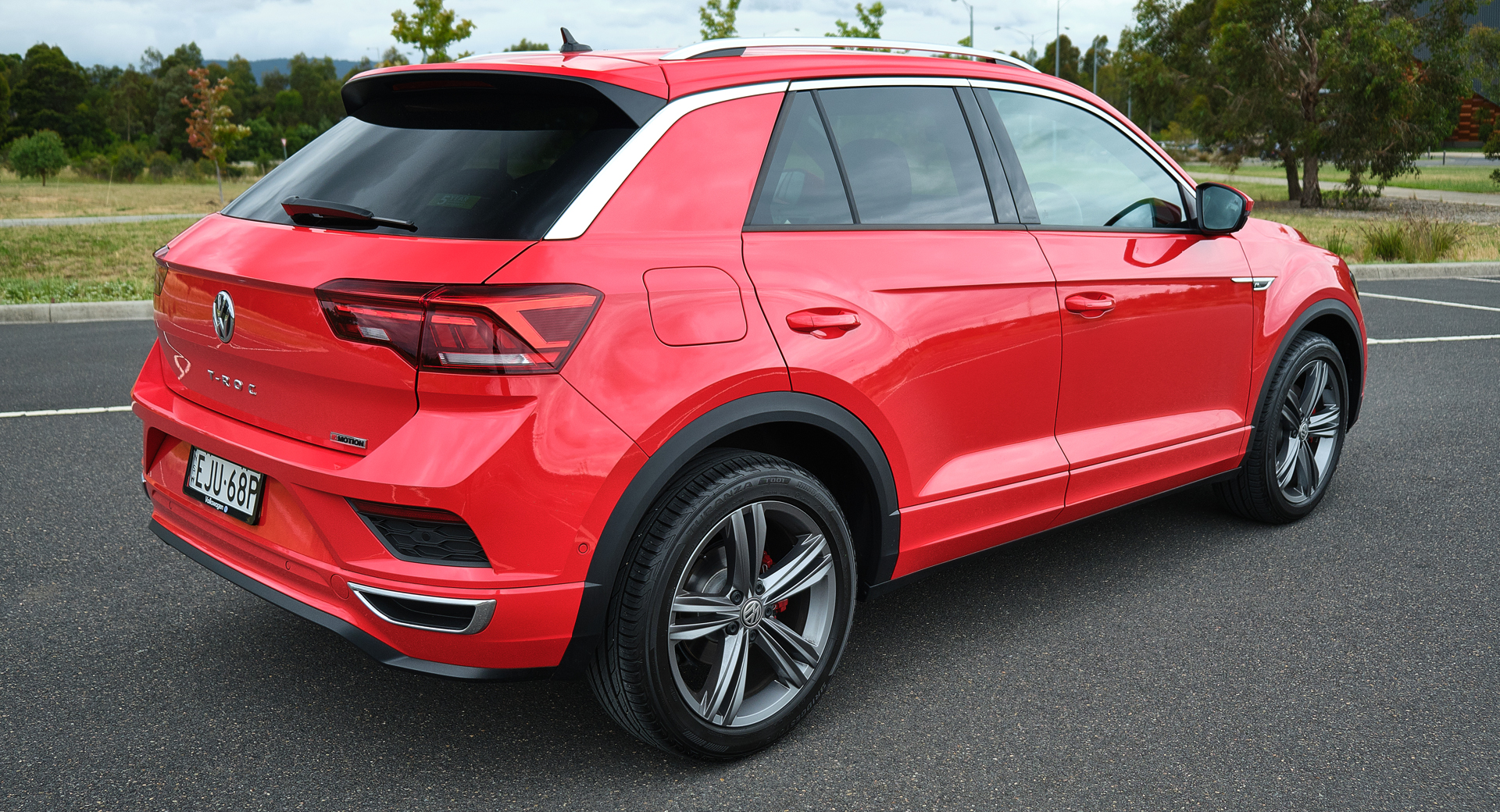 I’ll be the first to admit that I haven’t always been fond of the trend towards crossovers and SUVs. However, after spending a week with the T-Roc, I am starting to see why so many consumers prefer them.