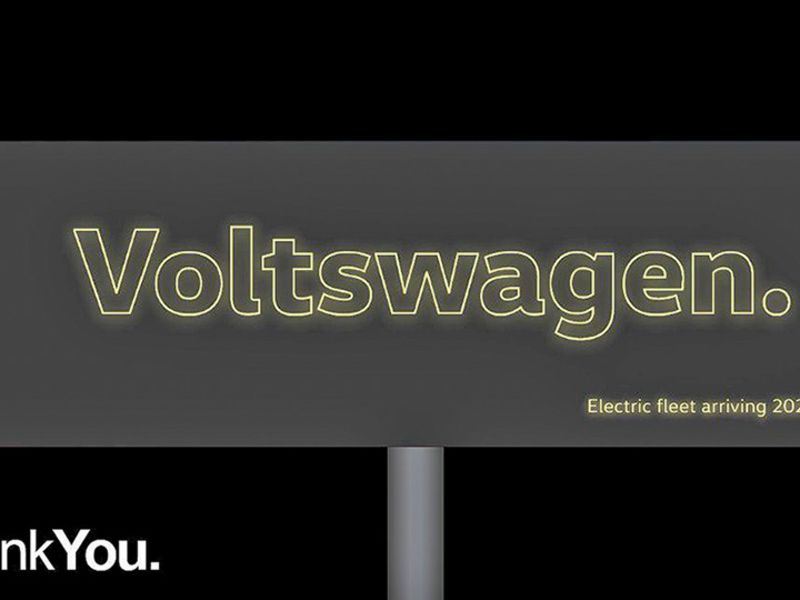 Volkswagen’s ruse early last week, that it intended to adopt the name “Voltswagen” in the U.S. for its coming fleet of electric vehicles, was an elaborate plot spawned at its marketing agency and approved by top executives.

While marketing experts and dealers admit that the phony pronouncement and subsequent fallout did generate buzz about VW’s new EV — the ID4 — it also contradicted years of effort to restore the company’s tattered public credibility following the diesel emissions crisis.

Developed weeks ago by VW’s lead marketing agency, Johannes Leonardo, the plot involved the automaker posting a fake, unfinished press release about the pending name change, erroneously dated April 29, 2021, to a portion of its media site for about an hour on Monday, March 29.

To make sure it was seen, emails with a link to the “unfinished” release were sent from an anonymous Gmail account to several high-profile journalists, including Ad Age News Editor E.J. Schultz.

Ad Age is a sibling publication of Automotive News, and Schultz was about to begin a scheduled interview with Kimberley Gardiner, who was hired as VW of America’s marketing head in November.

When reporters questioned whether the name change was legitimate or an early April Fools’ Day joke, VW spokesman Mark Gillies offered assurances that the release and plan were real and not a joke. The journalists took him at his word and posted their stories on the name change. The company doubled down on its deception a day later, posting another version of the same release, which quoted Volkswagen Group of America CEO Scott Keogh celebrating the new moniker.

It was, in fact, all a lie — propagated by the same company that pleaded guilty to felonies in 2017 for a long-running conspiracy of lying to regulators about how much pollution its “clean diesel” vehicles were illegally sending into the air.

At some point internally, VW’s top management decided that the risk of brazenly misleading reporters and the public — again — was worth the potential reward. And they might be right.

Tom McMenamin, chairman of the Volkswagen National Dealer Advisory Council, was unavailable for comment. But his predecessor, John Luciano, thought the stunt was harmless and raised awareness of the ID4, which is now rolling into dealerships from Germany. Luciano went so far as to make “Voltswagen” T-shirts for his staff at Street Volkswagen of Amarillo in Texas.

VW itself tweeted that the stunt “got the whole world buzzing,” and that “people talking about electric driving and our ID4 can only be a good thing.”

Karen Doyne, a crisis communications expert at Doyne Strategies, told Ad Age that “VW’s goal clearly was to create millions of headlines and posts linking its brands to electric cars, and it worked. Mission accomplished.” She said consumers wouldn’t find VW’s actions offensive or be “turned off” by them.

Yet the decision to proceed with the Voltswagen stunt ran counter to years of claims that the automaker’s history of intentional falsehoods was in the past. VW’s long-term goal in the U.S. is to recapture the 5 percent market share it had in 1970, and Keogh said the key to that was restoring the brand’s integrity and credibility.

“The absolute bedrock of that 5 points of share and the bedrock of those 570,000 units back then was, first and foremost, you need to be a well-liked and a well-trusted brand,” he told Automotive News for a story nearly 11 months ago.

Last August — in an interview for an article on the five-year anniversary of the diesel emissions crisis — Keogh said VW had been transformed by what remains the costliest scandal in industry history.

“My point on this, and I’ve been clear on this from day one, we’re not going to win [customers] back with, you know, a token press release or a news article in Automotive News,” he said at the time. “What’s going to win them back is exactly what we’ve been doing; it’s sort of like a relationship, day in and day out, proving to [customers] that we’re a good company, proving to them that we’re doing the right thing, and proving to them that we’re going to continue to do that.”

The construct of VW’s joke was all too believable. The way it was laid out, the company was essentially creating a U.S. subbrand for its coming line of electric vehicles. Right now, the company uses only its iconic two-letter logo on its vehicles, along with the vehicle name, regardless of powertrain. Adding an additional badge for the EVs would be little different from any other regional homologation.

Internally at VW, “Voltswagen” has been floating around for several years, championed by, among others, Reinhard Fischer, a senior vice president with Volkswagen Group of America who leads strategy for the brand in North America. Fischer has used the name in slides during industry presentations. It’s also been used by the automaker in the U.K. since the brand launched the Golf-sized ID3 there last year.

Speaking with Automotive News on Thursday, April 1, Keogh admitted that it was a fair point that the Voltswagen name has been in use — both internally and externally — for a while. But he said his regret with the whole incident was the execution.
“When you light a match like this, in the environment, and it gets us, you know, as much traction as it did, you’re just not able to control everything — every phone call, every text, every email, every engagement, every back and forth,” the CEO said.
“But the idea came from a very Volkswagen place: Let’s have some fun. Let’s have a gag. Let’s show the world how crazy we are about EVs. Full stop.”