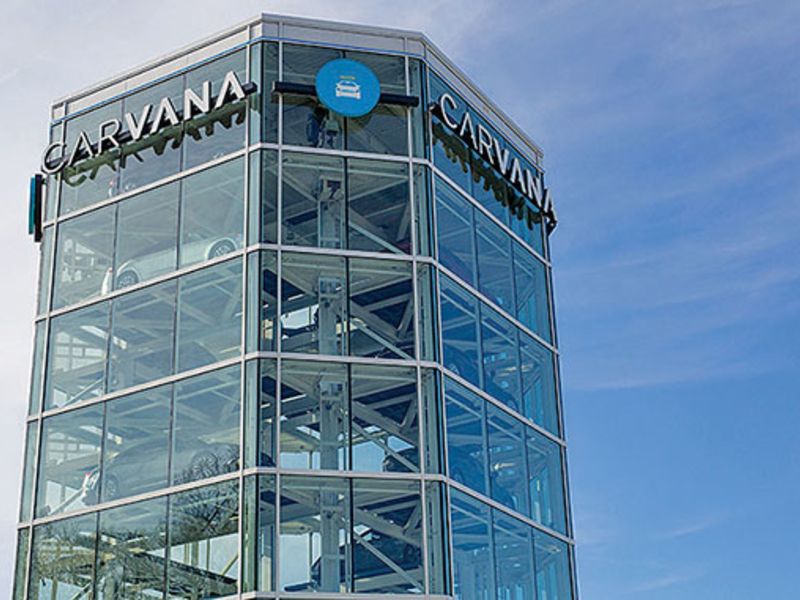 Carvana has been dogged by production woes since the onset of the coronavirus pandemic but showed signs of improvement in that area — turning around vehicles for sale — in the first quarter as it reported higher revenue and a narrower net loss.

Production for the online used-vehicle retailer means getting used cars and trucks sale-ready: receiving, inspecting and reconditioning them.

Carvana added staff to its reconditioning facilities during the first quarter and improved weekly average vehicle production by 26 percent compared with the fourth quarter of 2020. The improvement has continued — Carvana’s weekly production rate was 51 percent higher in April and early May than in last year’s fourth quarter.

But the retailer’s average available inventory for sale was down 27 percent in the first quarter compared with the fourth quarter.

Carvana has struggled with low inventory — and keeping pace with consumer demand — for nearly a year. The company stopped acquiring vehicles in March 2020 early in the coronavirus pandemic and saw sales fall off sharply in April before starting to recover later that month. By the end of that quarter, Carvana’s inventory had fallen to its lowest level in almost two years.

The company is still “just trying to catch up,” CEO Ernie Garcia said in a conference call with analysts and investors last week after Carvana reported earnings.

Carvana is now scaling its production capacity to meet the booming demand. It opened its 12th inspection and reconditioning center, near Birmingham, Ala., during the first quarter of 2021, giving the retailer annual production capacity of more than 680,000 vehicles. It plans to open one more such facility this year, and eight more in 2022. That would bring its capacity to 1.25 million vehicles annually by the end of next year.

While the used-vehicle market has seen “some impacts” from the microchip shortage that is constraining new-vehicle production, Garcia said, he does not see it as a primary driver of how business in the used market will play out during the next six to 12 months.

With its production capacity plans, Carvana remains focused on the long term and its goal of ultimately selling 2 million cars or more a year. Carvana retailed 92,457 vehicles in the first quarter, a 76 percent gain from a year earlier.

“Those are big investments in our future that are kind of being made with a much longer lens than the current chip shortages that we’re seeing today,” Garcia said.

It still has a long way to go.

But the company is growing fast and expanding per-vehicle profitability. In the first quarter, revenue doubled to $2.25 billion, and gross profit per vehicle rose 38 percent to $3,656.

Online competition is increasing, both from other online upstarts and traditional retailers getting more heavily into e-commerce — especially during the pandemic. But that’s to be expected, Garcia said, pointing to Carvana’s own rapid growth since its inception eight years ago.

He also noted that the used-vehicle market is large, with about 40 million vehicles typically sold annually. And it’s very fragmented, with the largest retailer, CarMax, commanding just 2 percent of the market.

There are still tens of thousands of competitors in the market, he added.

“But those tens of thousands of players are … providing customers with a very similar experience to one another,” Garcia said. “And when you start to look at kind of differentiated experiences, there are very, very few players that really have the capacity to make the investments in time, energy and money that are necessary to build an e-commerce platform, and we’re way ahead there.”