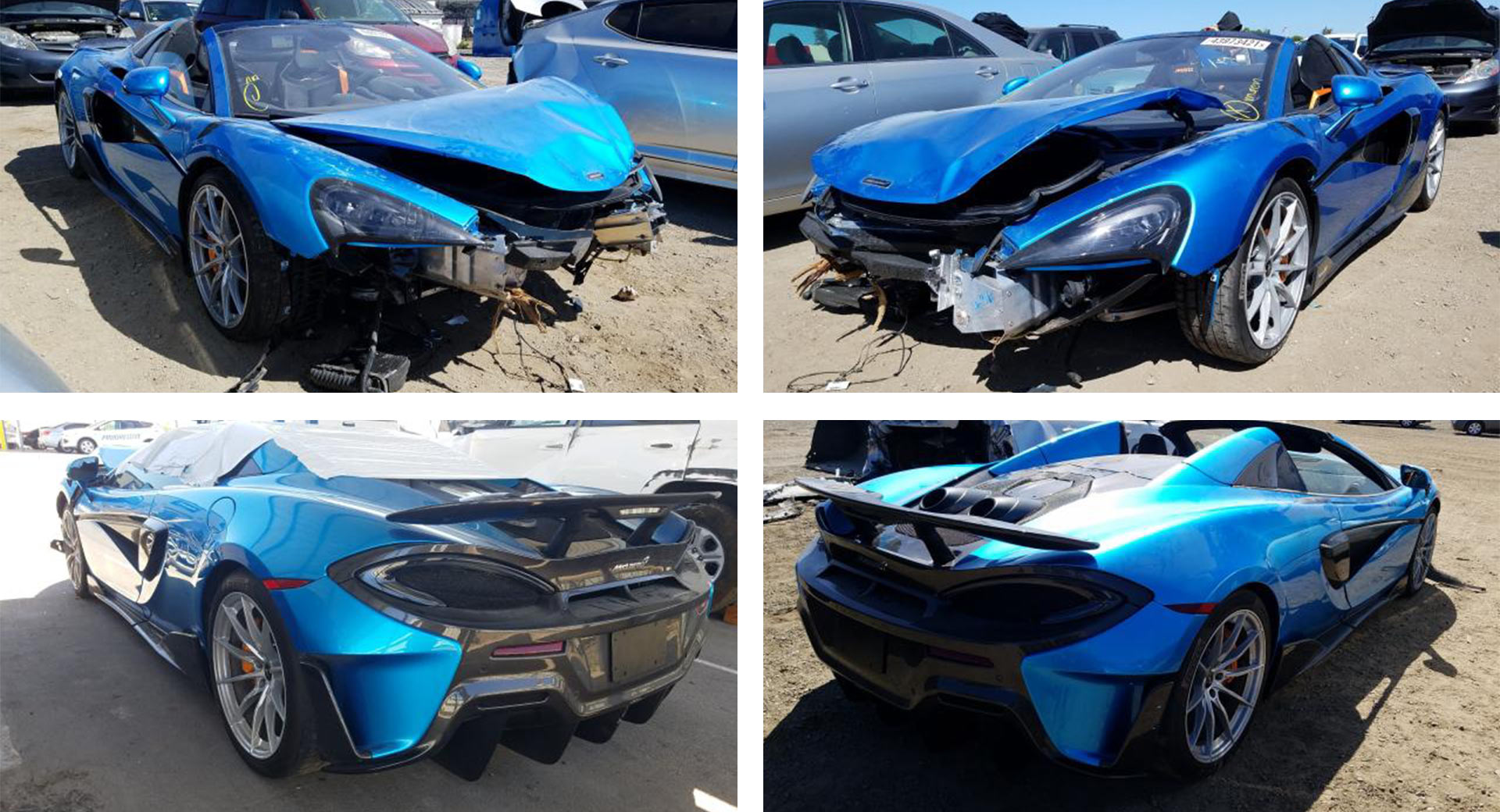 The McLaren 600LT is one of the most and hardcore production models released by the British marque but sadly, there is now one fewer on U.S. streets.

This particular 600LT Spider is up for auction in San Jose, California after being involved in a crash that has left it with significant damage. The Copart listing doesn’t mention if the vehicle has a salvage title but based on the extent of the damage, we wouldn’t be surprised if it does.

Most of the damage is limited to the front end of the mid-engined supercar. The front bumper is missing and the hood has been bent. Some damage also appears to have been done to the radiators and crash structure found at the front of the 600LT. While these parts could be replaced, doing so certainly won’t be cheap.

Beyond the damage sustained to the front end, there’s no other obvious parts of the car that need to be repaired. The listing adds that the car has just 1,665 miles on the clock and as there is no visible damage at the rear, it’s fair to assume that neither the engine nor transmission have sustained any serious structural damage. Of course, it’s impossible to know for sure.

Given the rarity and desirability of the 600LT Spider, we fully expect someone to snap up the car when it goes on sale. It could be repaired or, alternatively, be parted out.