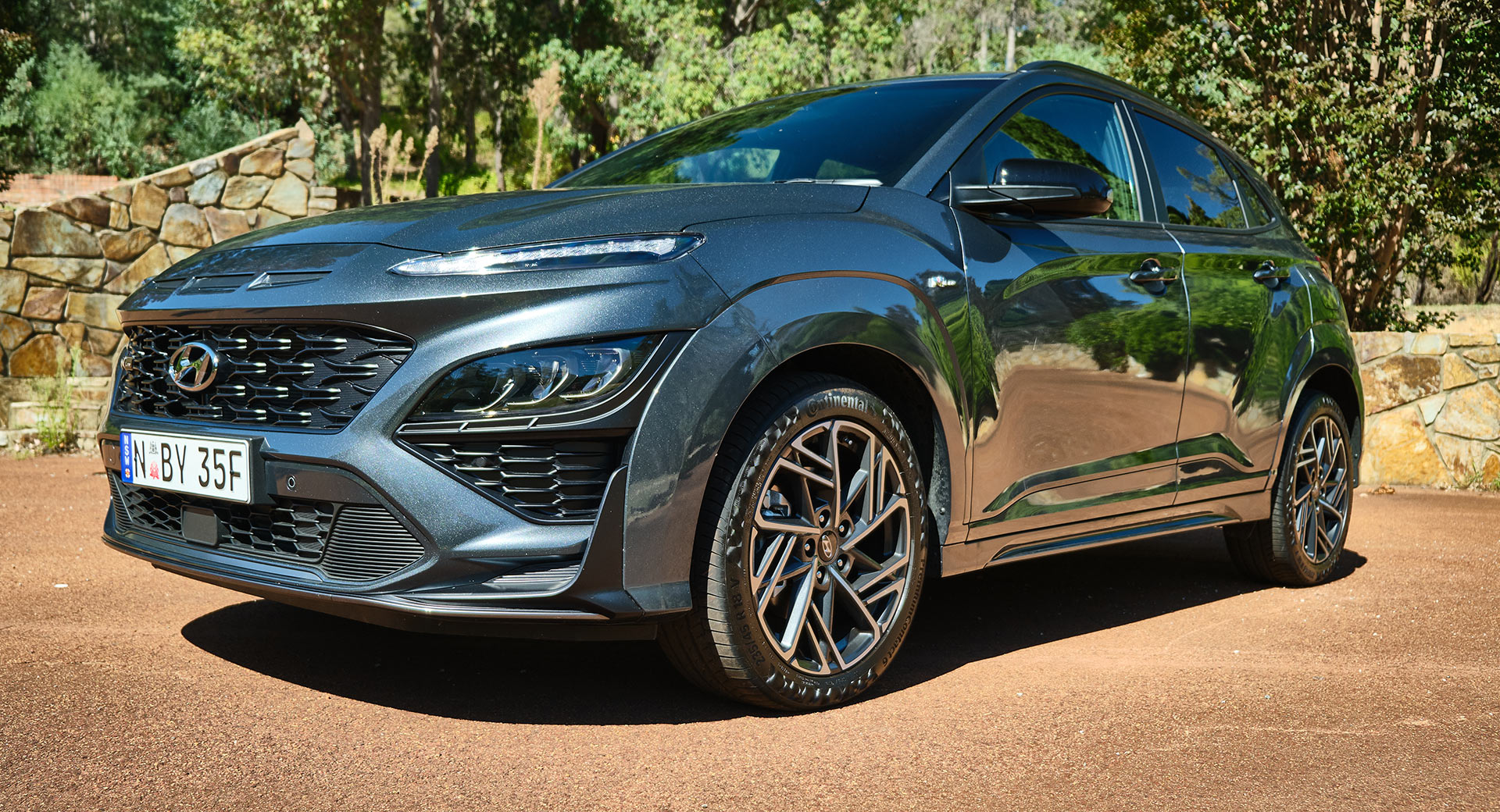 Thanks to the aggressive styling cues and strong road presence, you could be excused for mistaking the 2021 Hyundai Kona N Line for the flagship Kona N. While the Kona N Line doesn’t have the same performance credentials as the true N model, it is still a very impressive vehicle, as we recently discovered after spending a week with one.

Hyundai facelifted the Kona in the latter half of last year. No significant alterations were made to the exterior or interior of the crossover but it does sport some noticeable changes, including a revised front fascia with re-designed LED daytime running lights, new headlamp units, and an updated grille. 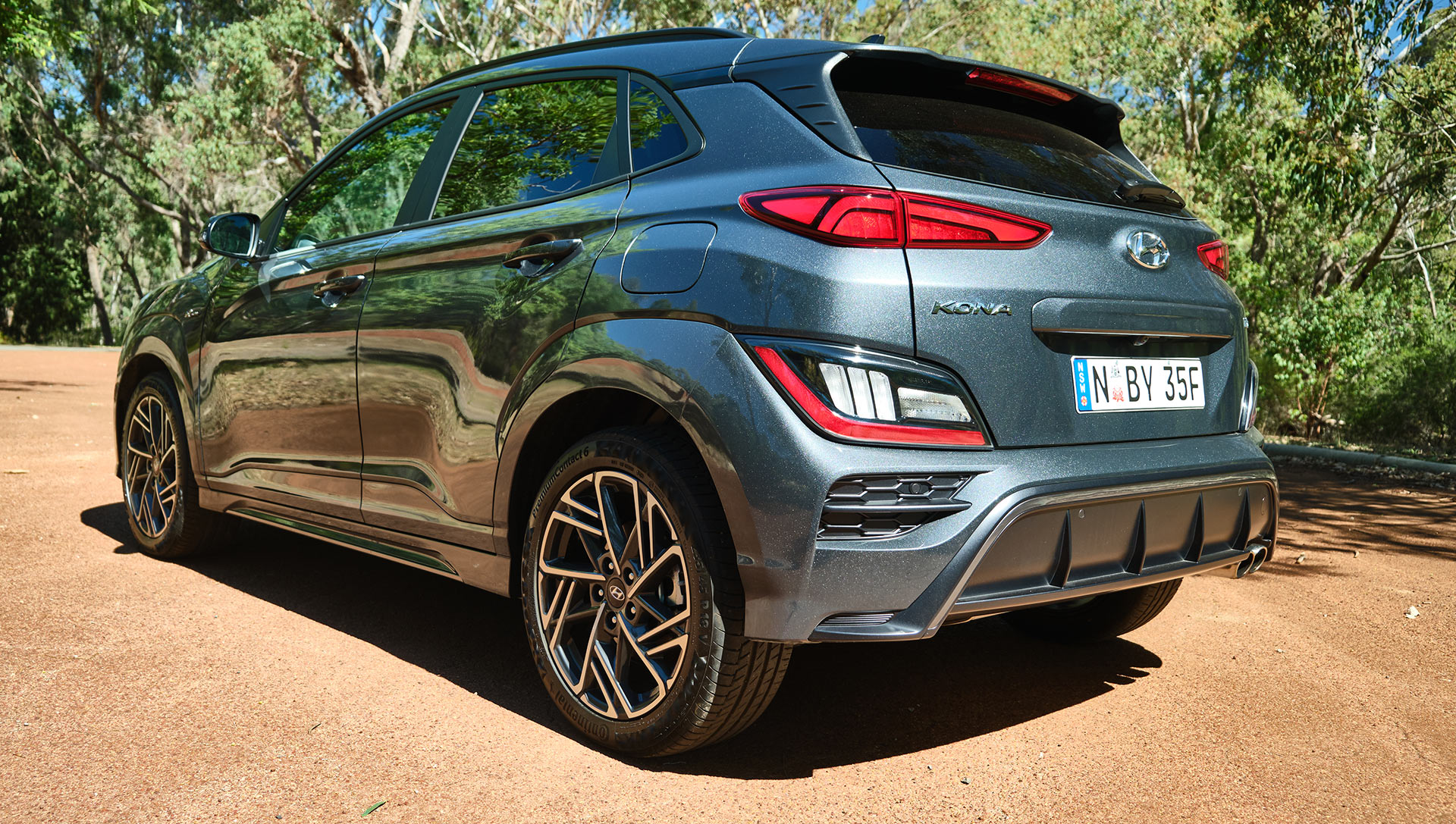 The Kona N Line, and the flagship N Line Premium that we tested, stands out from lesser variants thanks to a distinctive body kit that includes a bespoke front end with three sporty looking, albeit fake, vents above the blacked-out grille. There are also new front and rear bumpers and for the most part, the bodykit of the N Line is the same as the full-blown Kona N. That’s a good thing as it makes the vehicle really stand out from the crowd, particularly when painted in some of the bright colors offered by Hyundai. A set of striking 18-inch wheels complete the look. Park the Kona N Line and it’s hard to resist the urge to turn around for another quick glimpse. 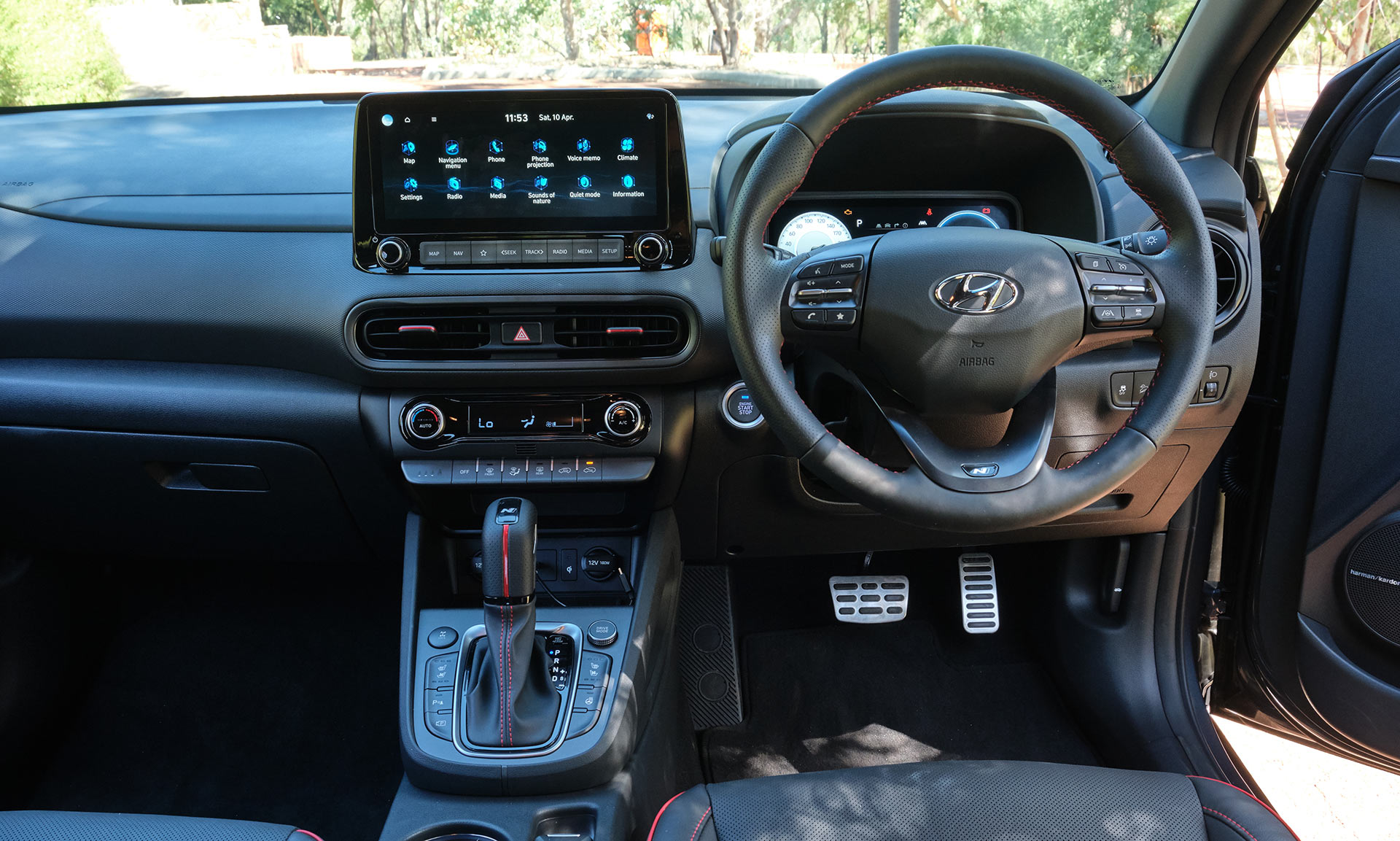 The South Korean car manufacturer has continued the updates into the cabin of the facelifted Kona. One of the most significant upgrades made is the fitment of a new 10.25-inch infotainment system that includes navigation, DAB+ radio, and Apple CarPlay and Android Auto. This system runs Hyundai’s latest software and is a vast improvement over the old model.

Premium models like our test car also come standard with an eight-speaker Harman Kardon audio system that is good, albeit not mind-blowing. Some dashings of red and a handful of N badges have also been sprinkled through the cabin and remind you that you’re not driving a “regular” Kona.

Read Also: Hyundai Kona N Debuts As A Track-Capable Crossover With Up To 286 HP

Arguably the highlight of the updated interior is the fitment of a 10.25-inch digital instrument cluster. This is the same screen as used by the latest-generation i20, among other Hyundai models, and really adds to the style and premium feel of the crossover. The screen will also change its displays depending on the driving mode. A number of other welcome features are found within the cabin of the Kona N Line Premium, including electrically adjustable, heated, and cooled front seats. The rear outboard seats are also heated, although there aren’t any air vents at the rear, which is a little odd.

The front seats are nicely bolstered and help to hold you in when you’re hustling the crossover through corners. The seating position was a tad too high for my taste but will be perfectly fine for most buyers. 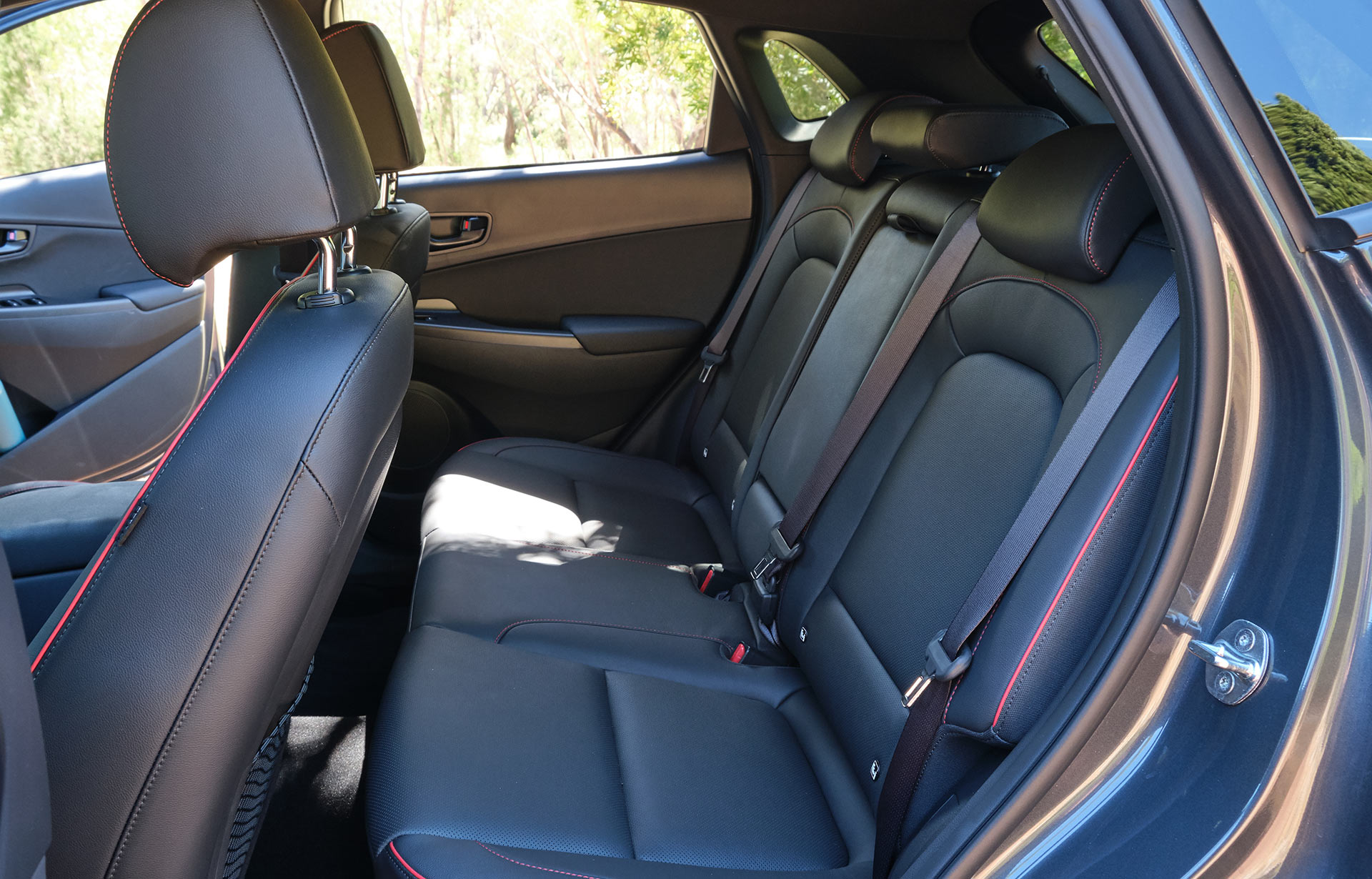 As with other N line models produced by Hyundai, the Kona N Line isn’t a balls-to-the-wall performance machine like fully-fledged N models but it’s also much more than a simple trim package that adds some nice exterior and interior trimmings. Indeed, it features a powertrain that you won’t find in any other Kona model. 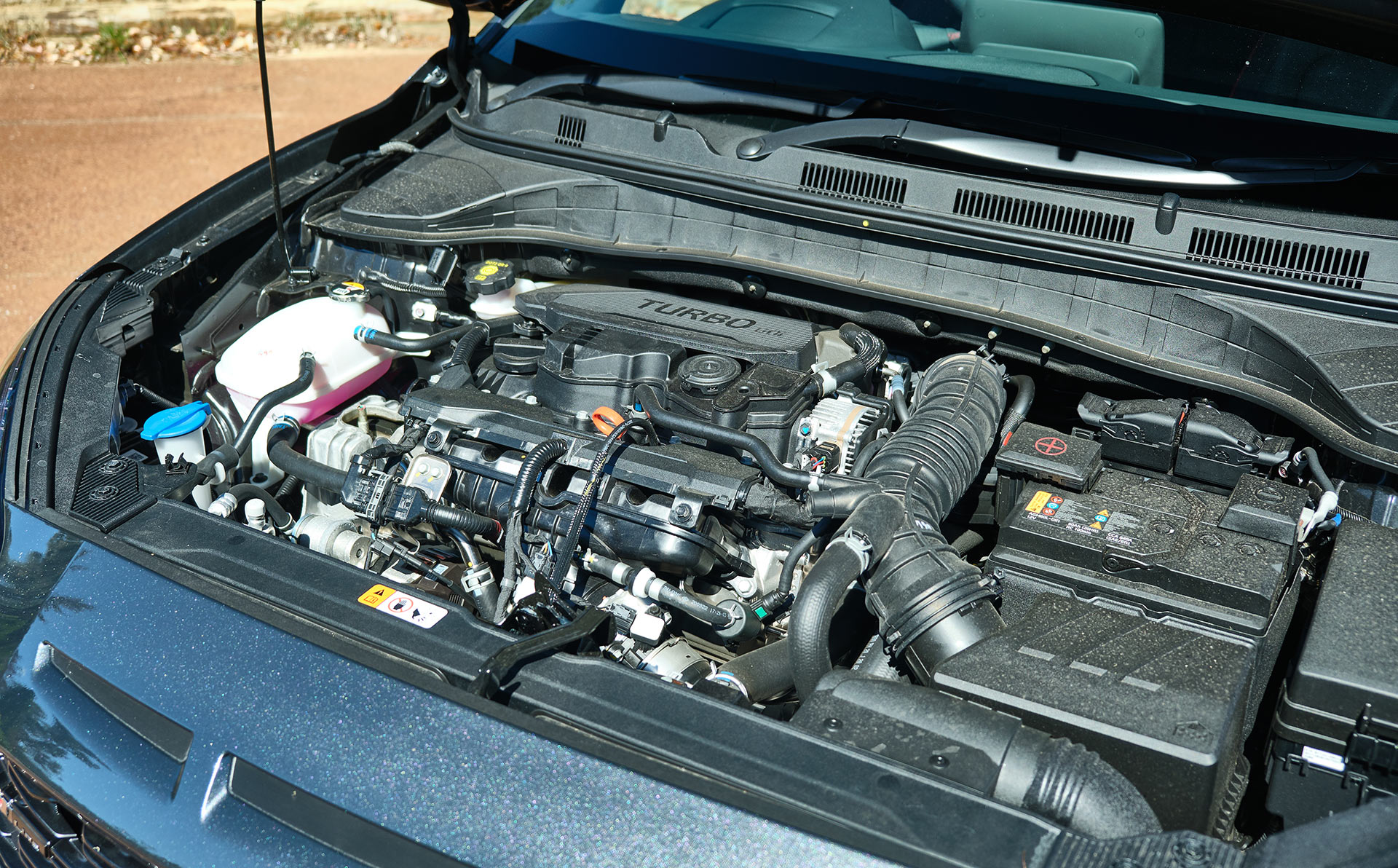 The engine and transmission make for an impressive duo when out on the open road. We were never left yearning for more power during our week with the Kona and actually found it quite enjoyable to drive through some twisty mountain roads. Sure, it doesn’t give you the same sense of occasion as the flagship Kona N no doubt will but it is more than quick enough to get you in a lot of trouble with the law. The grip provided by the Continental PremiumContact 6 tires is impressive but the steering is quite numb, making it difficult to find the limits of these tires.

For the most part, the dual-clutch transmission works well and shifts through the gears without issue. However, we were surprised that Hyundai didn’t fit any paddle shifters to the N Line Premium, meaning you’re forced to use the shifter if you want to take control of the gears for yourself. The gearbox can also be rather hesitant at slow speeds, making it difficult to get off the line smoothly. 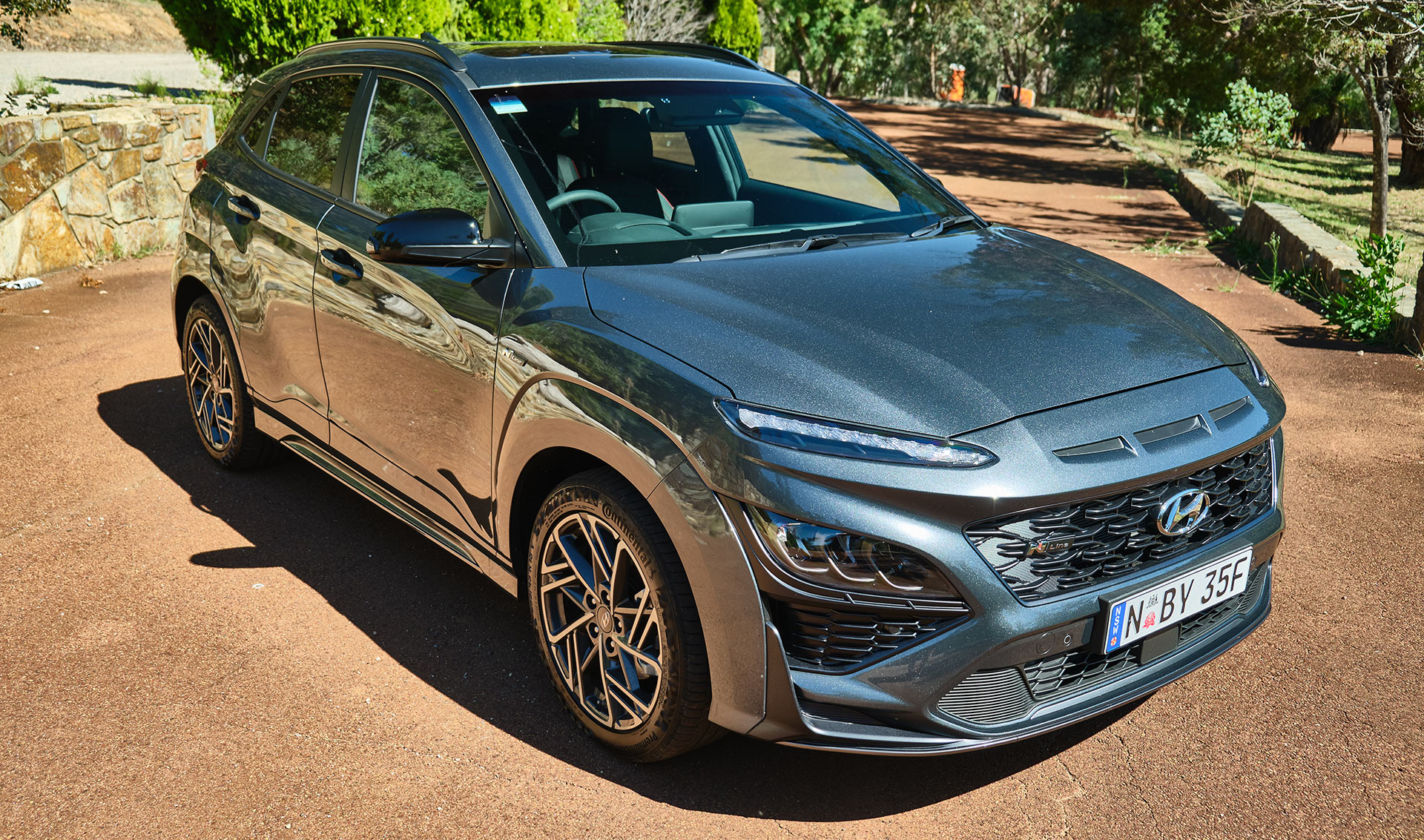 The Hyundai Kona N-Line Premium has a youthful exuberance to it that will no doubt appeal to younger shoppers. Priced from AU$42,400 (US$32,815) before on-road costs, however, it’s only a few thousand dollars less than a 2021 i30 N. 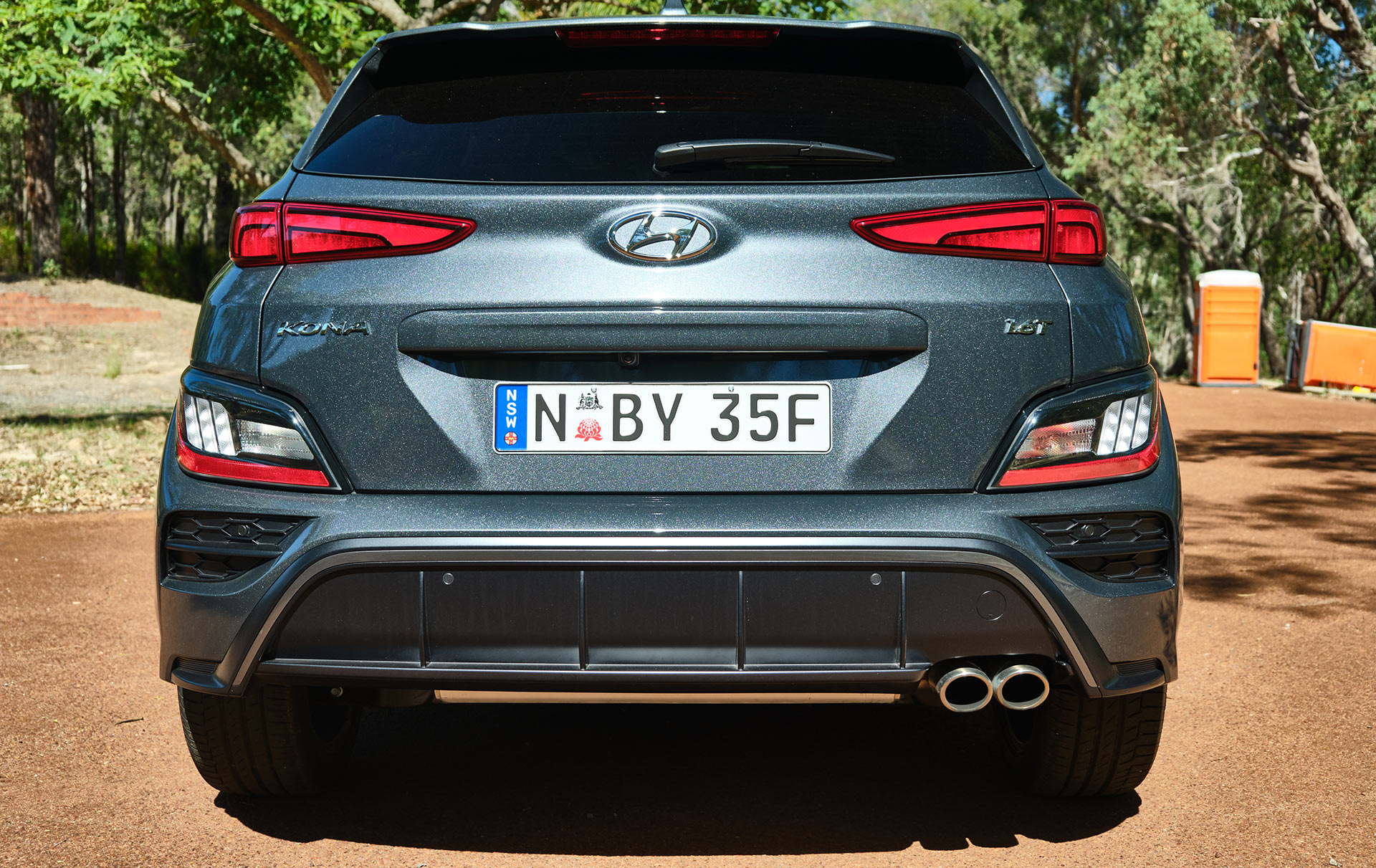