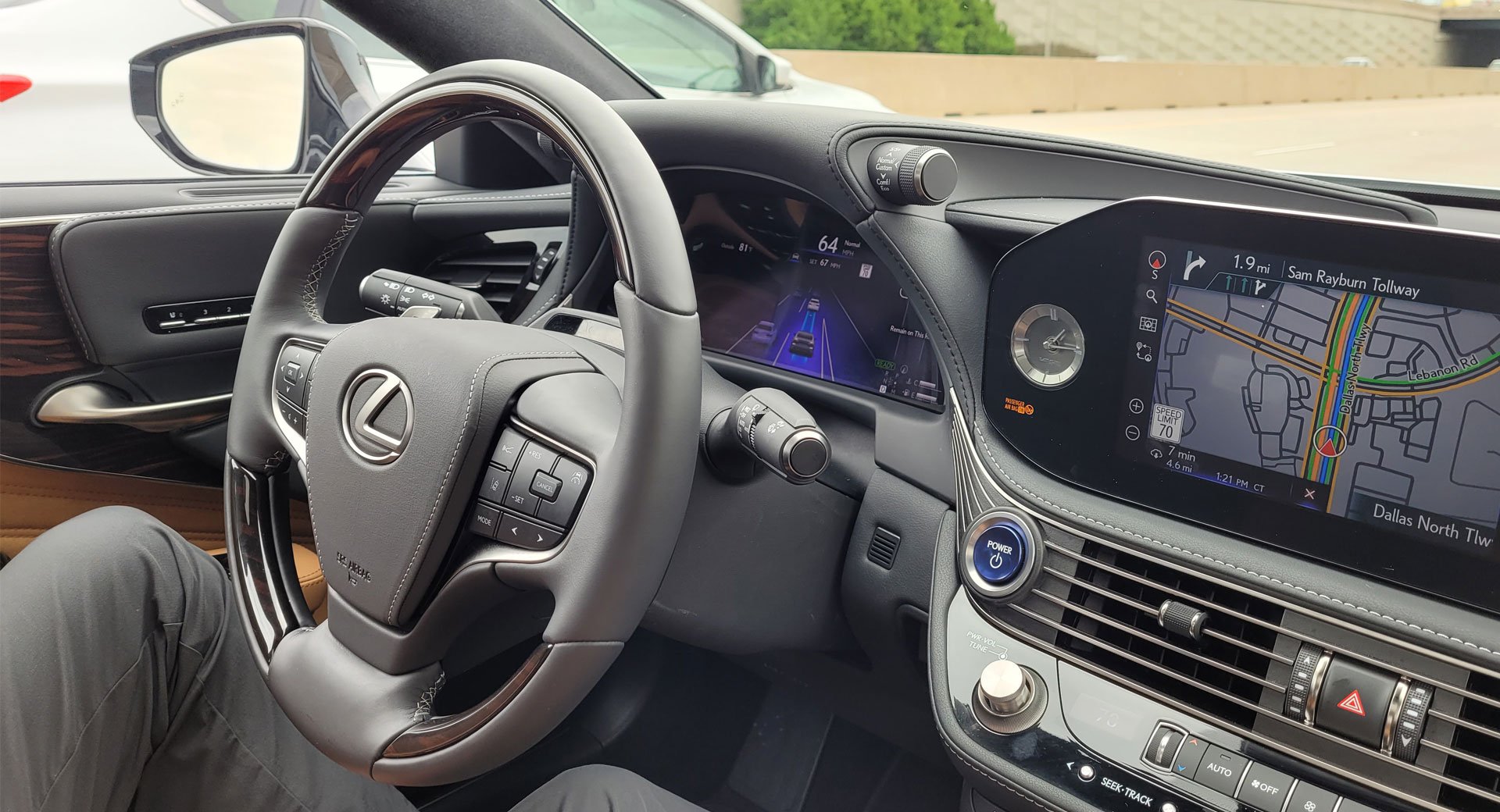 The automotive industry is in a new age of innovation as we’re seeing rapid developments involving everything from alternative powertrains to autonomous vehicles.

The latter promise to revolutionize transportation, but some of the most interesting developments involve semi-autonomous driving technology which can be found in cars today and in the near future.

Among them is the 2022 Lexus LS 500h AWD, which will arrive at U.S. dealerships this fall with a new Level 2 Teammate semi-autonomous driving system that allows for hands-free operation. 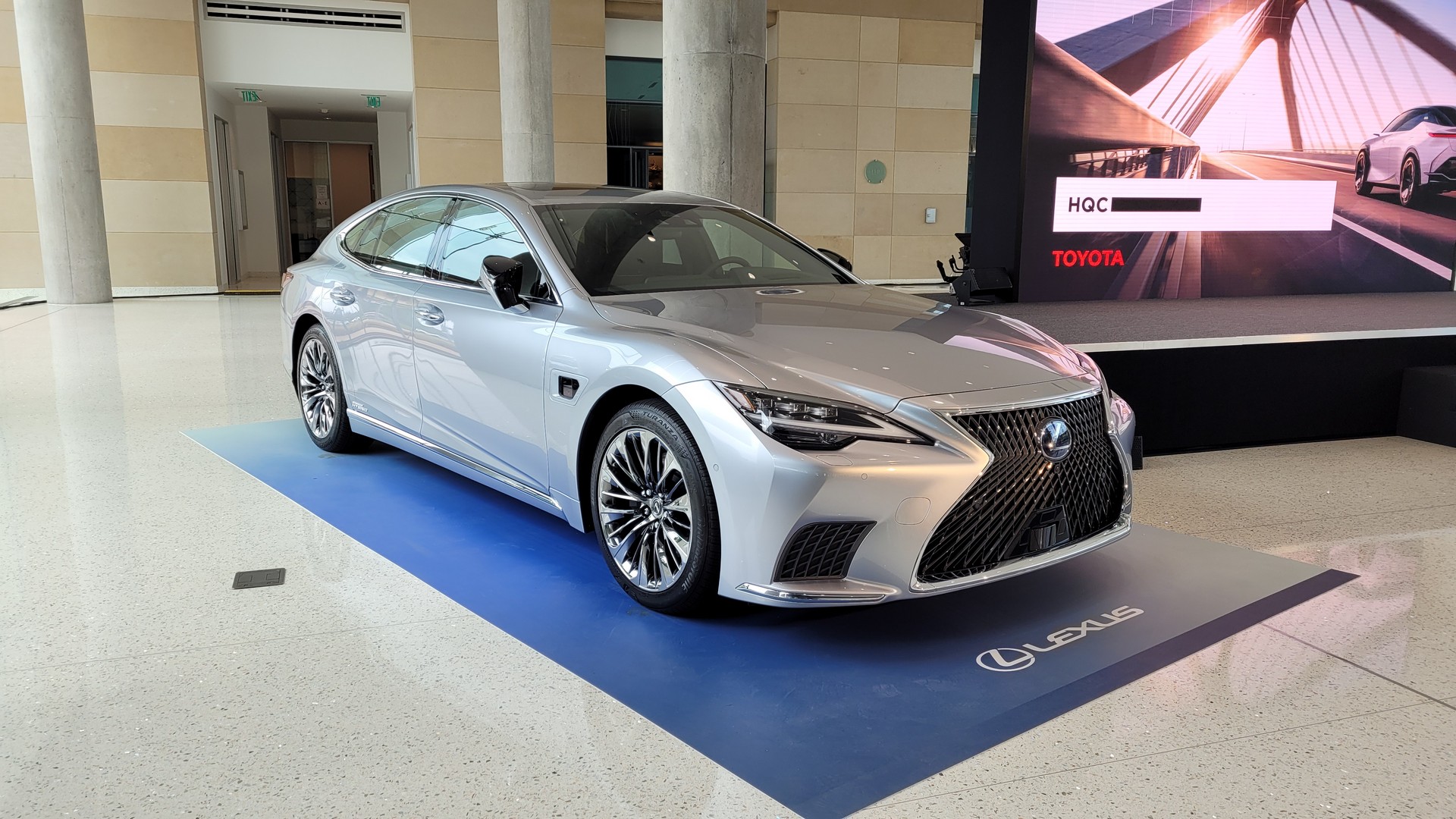 Vehicles equipped with Teammate feature an assortment of different sensors including a forward-facing LiDAR, a front-facing long-range radar, front- and rear-side short-range radar as well as a number of different cameras. They give the vehicle a 360° view of its surroundings and this information is processed by four electronic control units, which enable the LS to recognize other vehicles and make decisions about what to do.

Furthermore, the system relies on high definition maps to pinpoint its location. This is far more precise than GPS data and it enables the vehicle to know exactly which lane it is in. 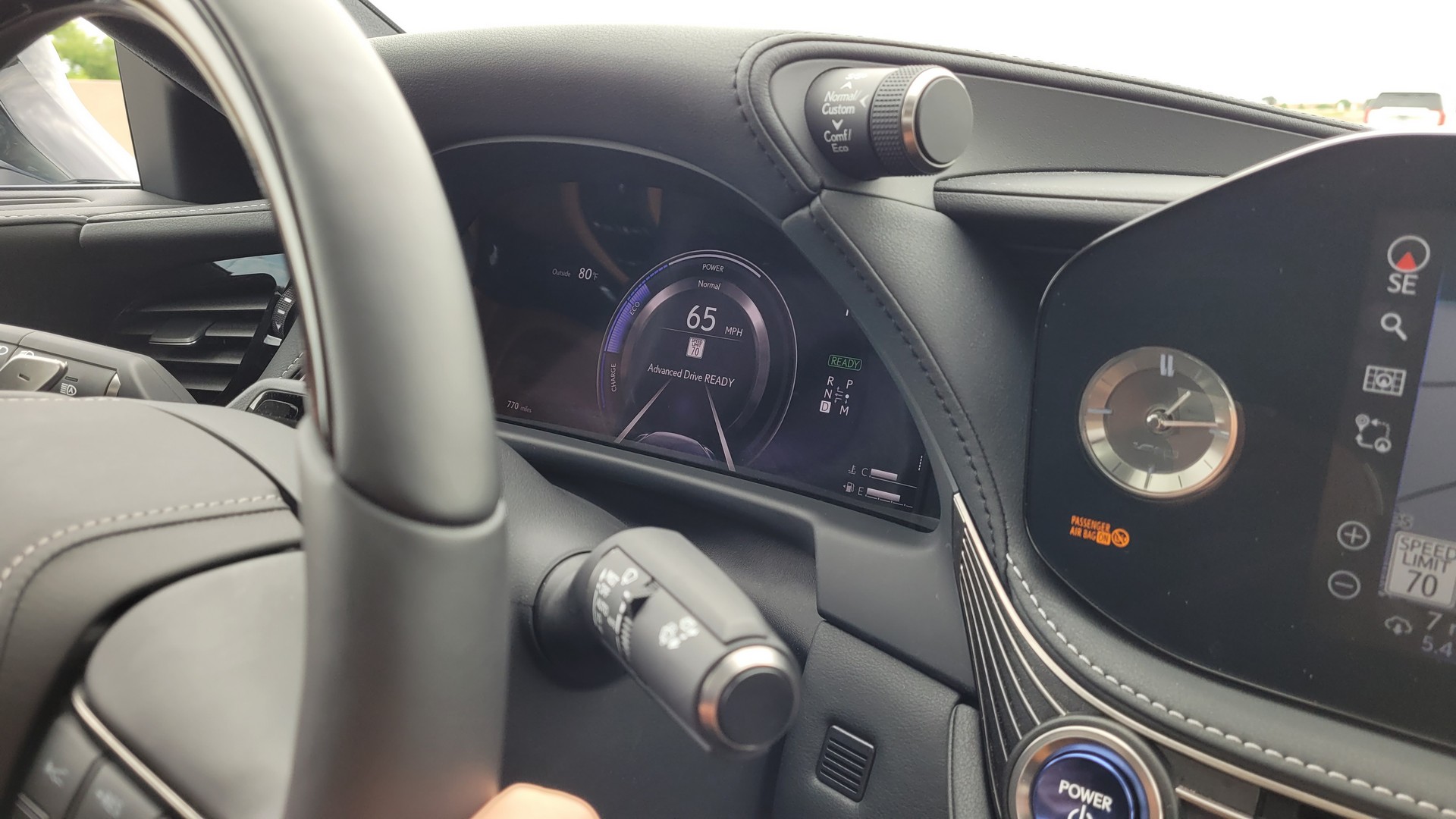 With that primer out of the way, let’s talk about how the system works. After merging onto a compatible highway and setting the adaptive cruise control, the system will automatically recognize this and display a message saying “Advanced Drive Ready” once it’s able to allow for hands-free driving.

When engaged, the vehicle assumes control of the steering, acceleration and braking. Drivers still need to monitor the road ahead and there’s a camera mounted on the steering column, which determines where they’re looking at. If they take their gaze off the road for too long, the system will attempt to get their attention through a series of escalating steps which include audible and visual alerts. However, the system isn’t overly strict as you can look at a passenger or adjust the infotainment system without being hassled.

That being said, if you take your eyes off the road for too long and fail to respond to escalating warnings, the emergency driving stop system will activate, slowing down the vehicle and activating the LS’ hazard lights. It will then automatically pull the vehicle over to the shoulder or stop in its lane. 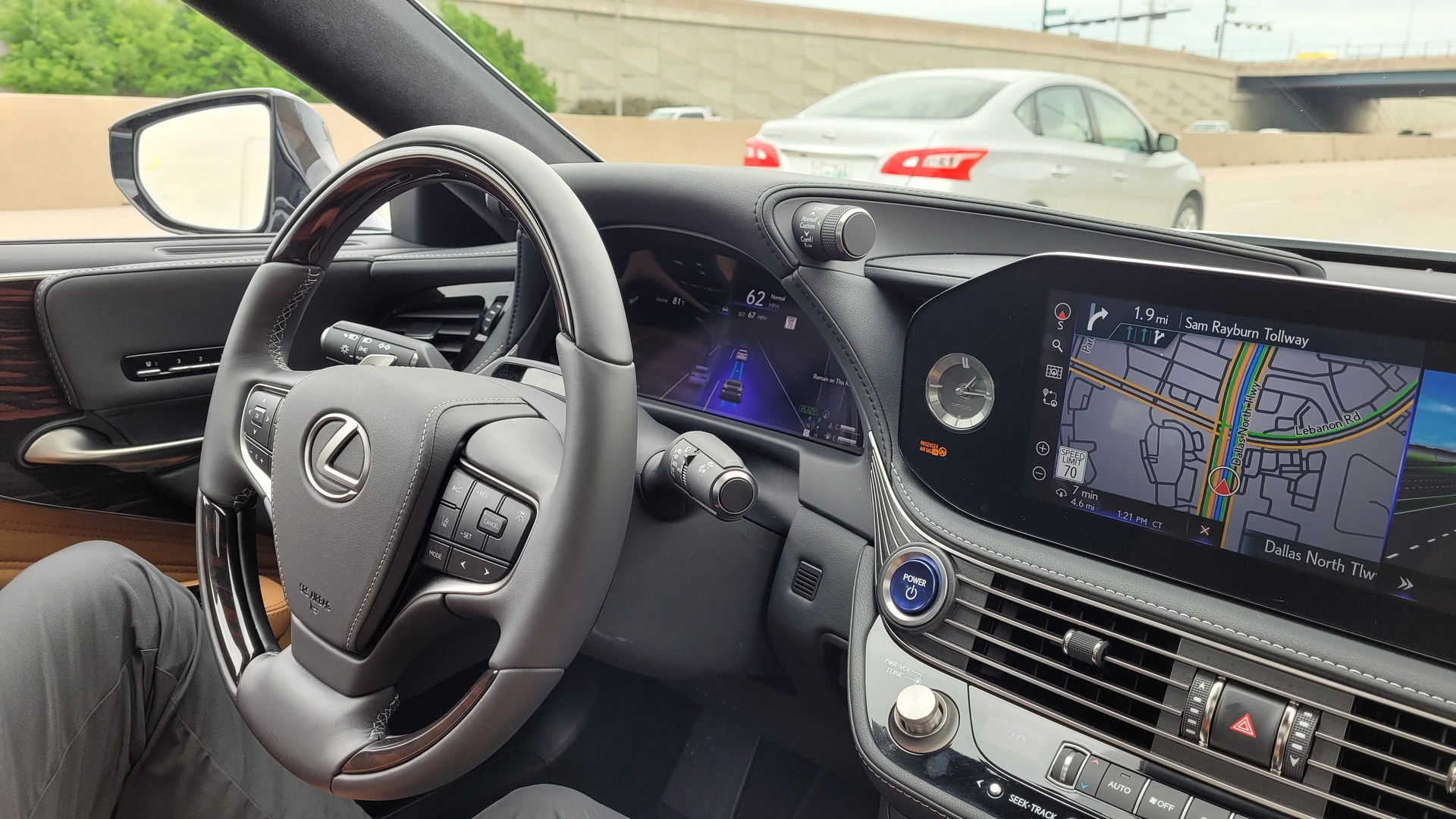 Getting back to driving, the system works well as the vehicle stays centered in its lane even while following curves on the highway. Drivers can also easily adjust the following distance and vehicle speed, exactly like adjusting adaptive cruise control.

During our time with a prototype, the car was able to handle some challenging scenarios including a box truck that cut us off. The LS simply slowed down and made room for the vehicle. Furthermore, Teammate isn’t flustered by other vehicles merging onto the highway as it can slow down or keep its current pace to give them enough room to merge.

Unfortunately, Teammate does ask you to put your hands on the wheel fairly often in urban areas such as Plano, Texas. This largely happens when you’re in the right lane and white lines are no longer located next to the vehicle due to entrance or exit ramps.

However, this isn’t much of an issue as you only need to lightly hold the steering wheel until white lines reappear next to the vehicle.  It’s also worth noting you can avoid this by traveling in inner lanes where lines are always present. 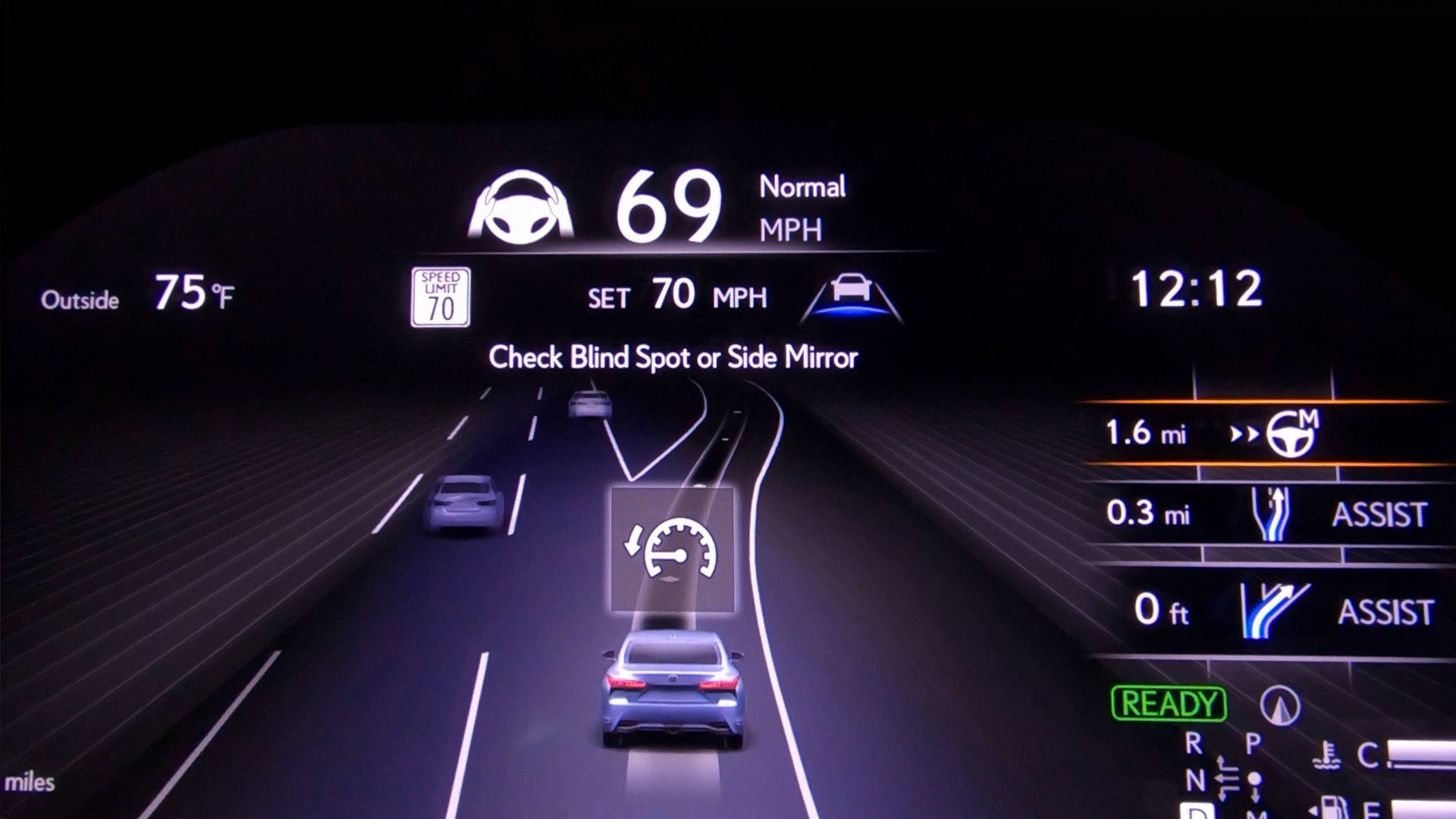 One of the more interesting aspects of the system is its ability to plan ahead when a destination is entered into the navigation system. It plans roughly 6 miles (9.6 km) ahead and will give you advance warning about areas where you need to place your hands on the wheel to “assist” or resume manual control. The next three events are shown on the instrument cluster and they have a countdown next to them, so you’re prepared ahead of time. As someone who hates surprises and last minute notifications, this is certainly a welcome touch.

Furthermore, when navigation is being used, the system makes lane change suggestions to ensure you’re in the proper lane well ahead of time. An audio and visual message is presented and the car can automatically change lanes for you after tapping on the stalk. However, before this occurs, the system asks you to check your mirrors and the steering column camera will ensure you do.

When it’s time to exit the highway, Teammate will take you onto the exit ramp and automatically slow down once you’re on it. You then resume manual control by accelerating or braking. 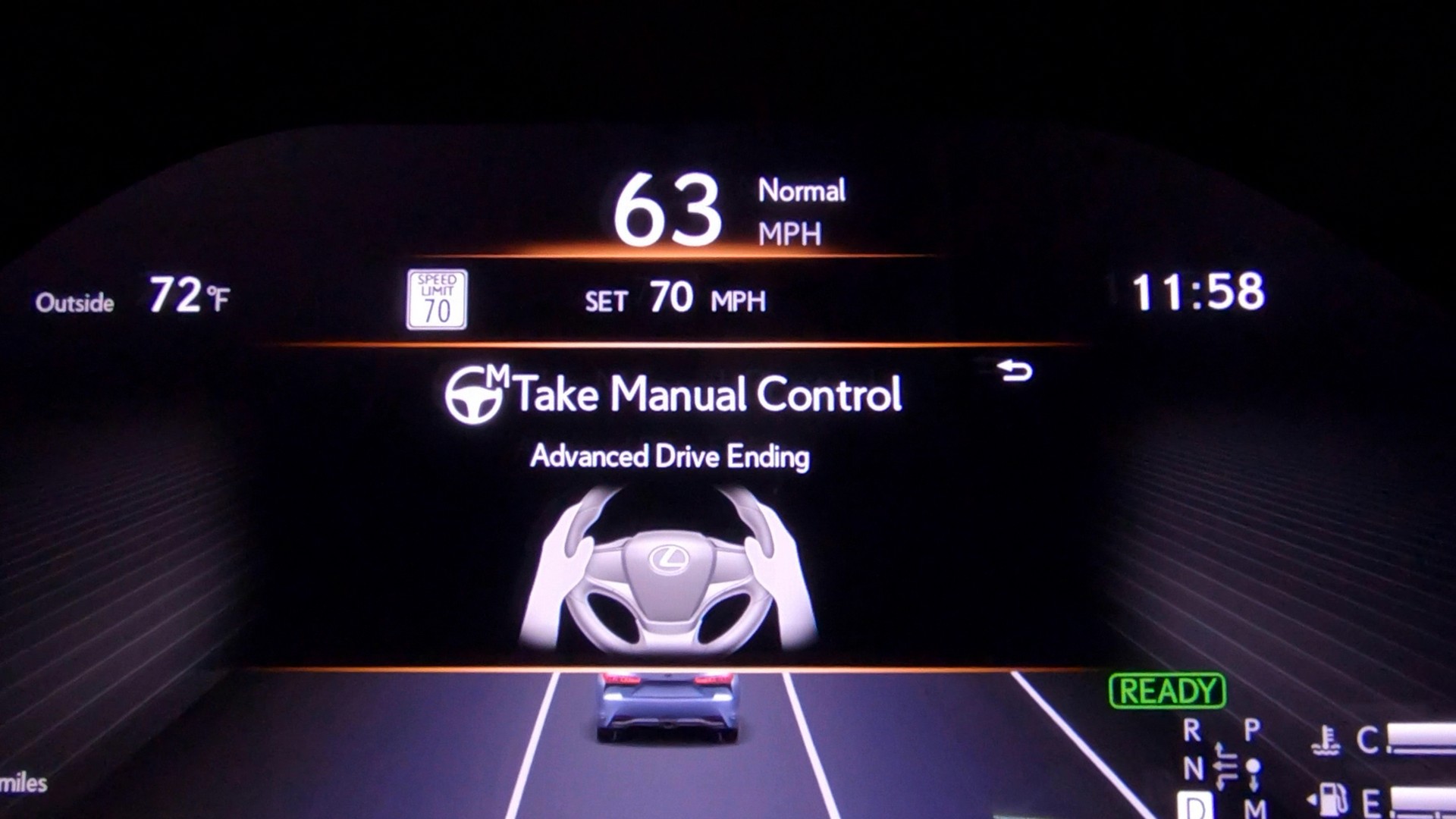 That’s a lot to take in, but everything is relatively intuitive and straightforward once you get the hang of it. The system also keeps drivers in the loop thanks to informative cluster displays as well as a semi-autonomous focused head-up display.

More importantly, Teammate is safety focused and Lexus officials noted the system is designed to be conservative. Engineers also embraced redundancy and fail-safes as the semi-autonomous driving system has been designed to “prevent the loss of control for up to four seconds in the event of a system malfunction or limitation.” Furthermore, there are multiple backup systems to “put safety at the core of the driving experience.” Teammate also promises to get better with age thanks to over-the-air updates which will allow for improvements and new features.

While Teammate is limited to the LS in the United States, it’s clear the technology will eventually spread to other models. Lexus didn’t go into specifics, but noted high-tech features debut on flagships and then trickle down to more affordable vehicles. GM took a similar approach with Super Cruise, which debuted on the Cadillac CT6 and can now be found on the 2022 Chevrolet Bolt EUV.

At the end of the day, Teammate works well and should make long distance trips more relaxing. While it does require a fair amount of driver involvement, most of the time you only need to lightly hold the steering wheel for a few seconds. The system is also intuitive and safety focused, which should help to win over people who might be wary about semi-autonomous driving technology.