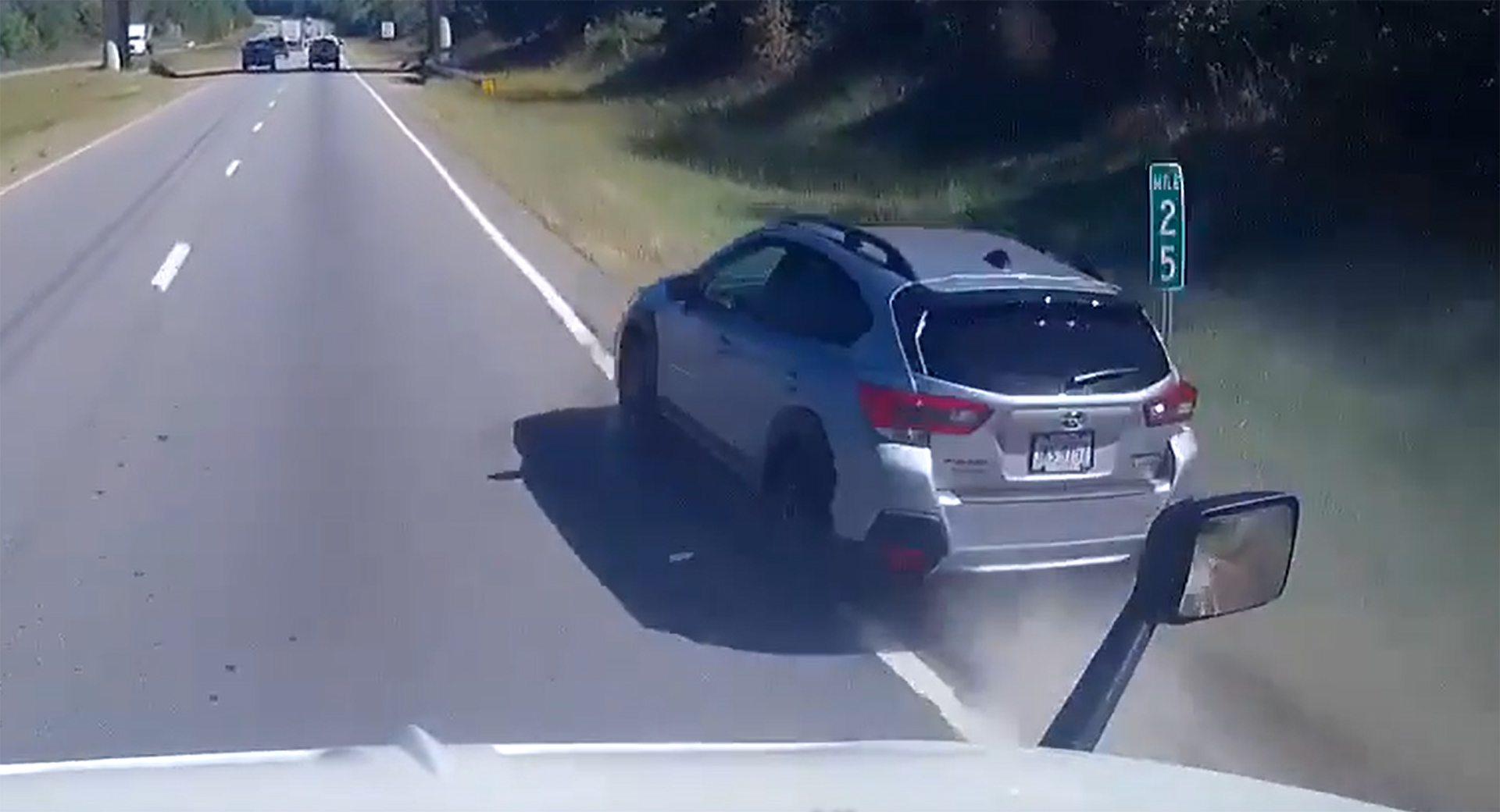 Most drivers can surely relate to attempting a risky overtake, but few are as risky as what this Subaru Crosstrek driver did to overtake a truck with almost all his wheels off the pavement.

The incident took place in North Carolina on US-321, where the video begins with the truck driver making his way down the road in the middle lane. After about 15 seconds, the lane to his right ends, obviously forcing cars in that lane to merge. However, the Subaru driver next to him appears out of nowhere on the right side to attempt a pass. By the time the truck driver sees him and lays on the horn, the Crosstrek is already alongside him and passing with two of his wheels in the grass – and the other two not far from it.

He did eventually make the pass, but only by a matter of inches. Had he been a bit closer, with almost all of his wheels off the road, a tap from that semi truck would’ve sent him rolling into the embankment. According to the original Reddit post, the truck driver was doing 62 mph (100 km/h) in a 65 mph (105 km/h) zone and couldn’t move over to the left due to the passing traffic in that lane. Additionally, the original poster states that there was a sign indicating the lane ending, which means the Crosstrek driver should have had ample time to merge before encountering the truck.

CEO of McLaren’s supercar division steps down
Is The Flagship V8 Defender Worth The Premium Over The Plug-In Hybrid?
You Can’t Get This Driving Jacket Unless You Own A $2.75 Million Lotus Evija
Tesla shares (TSLA) jump following blockbuster Hertz order announcement
Someone Sacrificed A Classic BMW 8-Series To Make This Unworldly Vehicle Currently For Sale