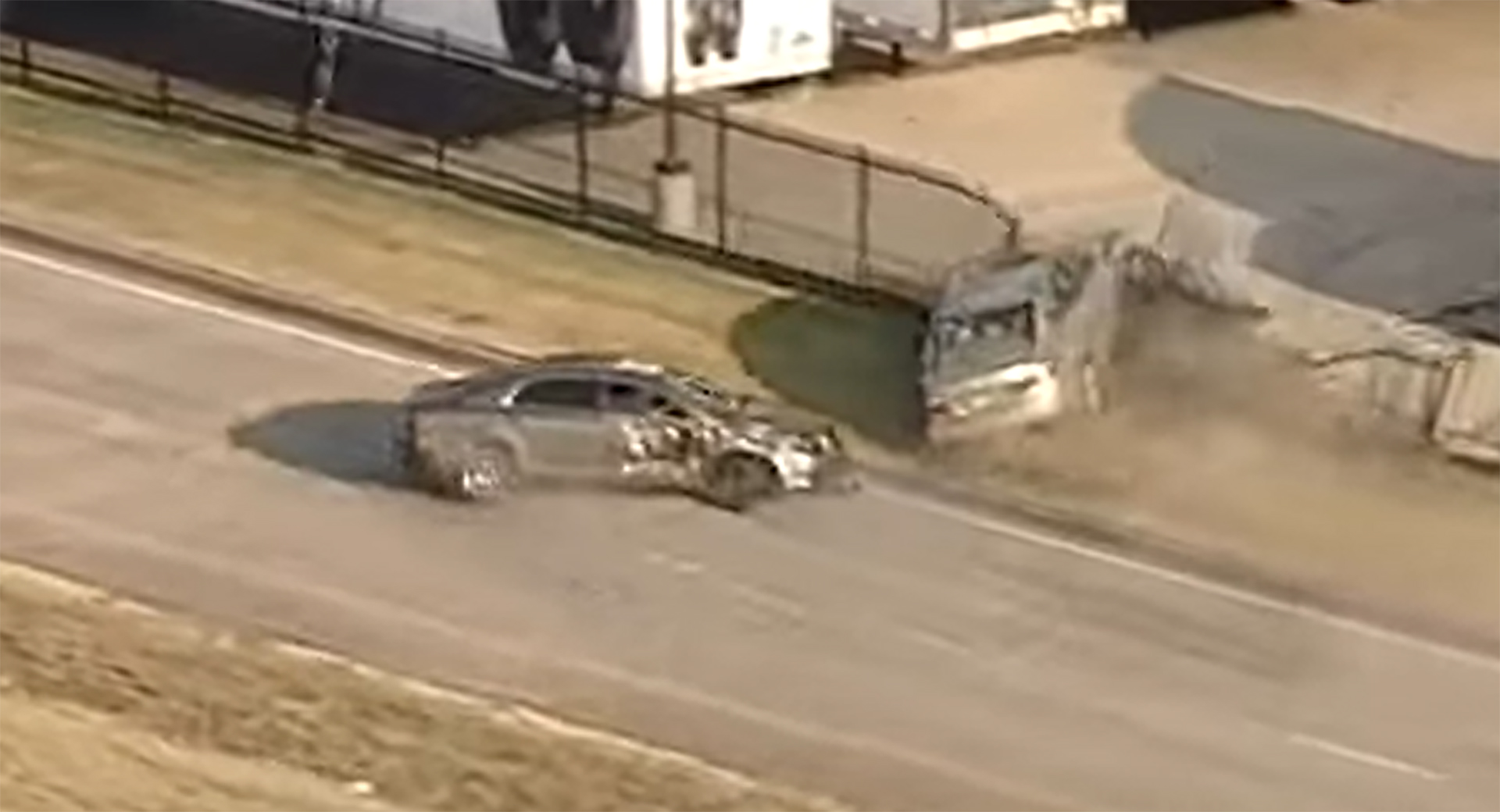 Last week, a murder suspect in Dallas, Texas, tried outrunning the police, but his plans fell through after colliding with another car. The whole incident was captured on video being filmed from a helicopter.

The video begins with the suspect speeding down the highway in a Chevy Malibu. He does this for the next two minutes or so, weaving in and out of lanes, riding the road’s shoulders, and even crossing the grass medians at times. However, after that, his luck comes to an end. After another risky overtake, he dips a wheel into the grass and loses control of the car. That not only causes his car to spin out and total his front end, but it also sends the innocent driver he hit into a metal fence, wrecking his car.

However, it doesn’t end there. The suspect then turns his car around, gets out, and tries to escape on foot. He runs for around another two minutes, then enters a building. Sure enough, police officers follow him into the building, and he leaves in handcuffs less than a minute later.

Thankfully, the driver of the car that was crashed into was uninjured, and was actually quite happy to hear that he inadvertently helped the police. “I literally just left work, didn’t even make it 30-40 feet. I see a car in my rear-view coming full speed hit me so fast all I had time to do was look at it and then get hit,” said Gurienderpal Ghag to FOX 4 News Dallas, “Made me feel better about myself, feel like I did that good deed for the day.”

Mercedes reportedly plans next EQC and electric C-Class for US around 2025
2022 Mercedes-Benz EQS 580 4MATIC Is The Most Luxurious EV On The Market
Czinger 21C prototype laps Circuit of the Americas in 2:11:33, beating lap record by over 5s
2022 Honda Ridgeline
Ferrari 488 Pista Spider Wrecked On The Tail Of The Dragon