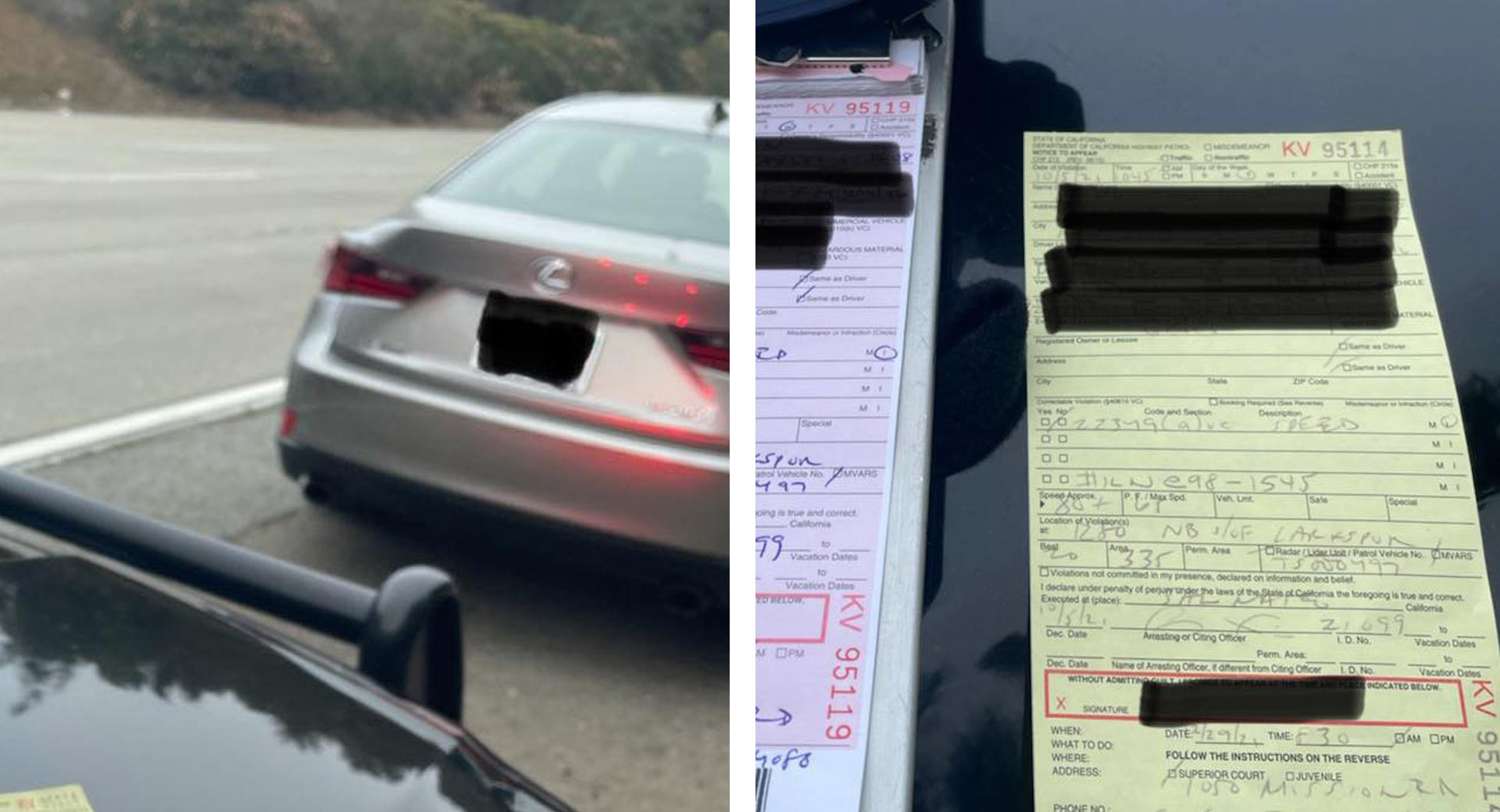 When most people are issued a speeding fine, they take that as a sign to slow down and drive a little more responsibly. Evidently, getting slapped with a speeding fine didn’t do anything to dissuade the owner of this silver Lexus IS from breaking the speed limits.

Taking to Facebook, the California Highway Patrol in San Francisco detailed the case of a Lexus driver who was pulled over by Officer D. Marvier on Thursday, October 7.

The authorities state that Officer D. Marvier caught the Lexus traveling at 92 mph (148 km/h) in a posted 65 mph (104 km/h) zone. The offending driver was swiftly pulled over and asked to produce his driver’s license and additional documents. He also happened to hand over a previous speeding citation that he had received from the same police officer the previous day when he was nabbed driving at 98 mph (158 km/h) in the same exact spot. Talk about not learning your lesson.

The California Highway Patrol didn’t disclose the total amount of the two fines but they haven’t returned to social media posting about a third fine the driver received on a subsequent day, perhaps indicating that after two fines from the same location, the driver of the Lexus finally received the message.

Local authorities state that one of their main goals is to decrease the mileage death rate, noting that a primary factor for collisions and deaths is excessive speed.

Mercedes reportedly plans next EQC and electric C-Class for US around 2025
Tech YouTuber Says The Rivian R1T Is “Incredibly Fun”, Charging And Infotainment Could Be Better
2022 Lincoln Nautilus
Tesla increases Model S and Model X prices by $5,000
Ferrari 488 Pista Spider Wrecked On The Tail Of The Dragon