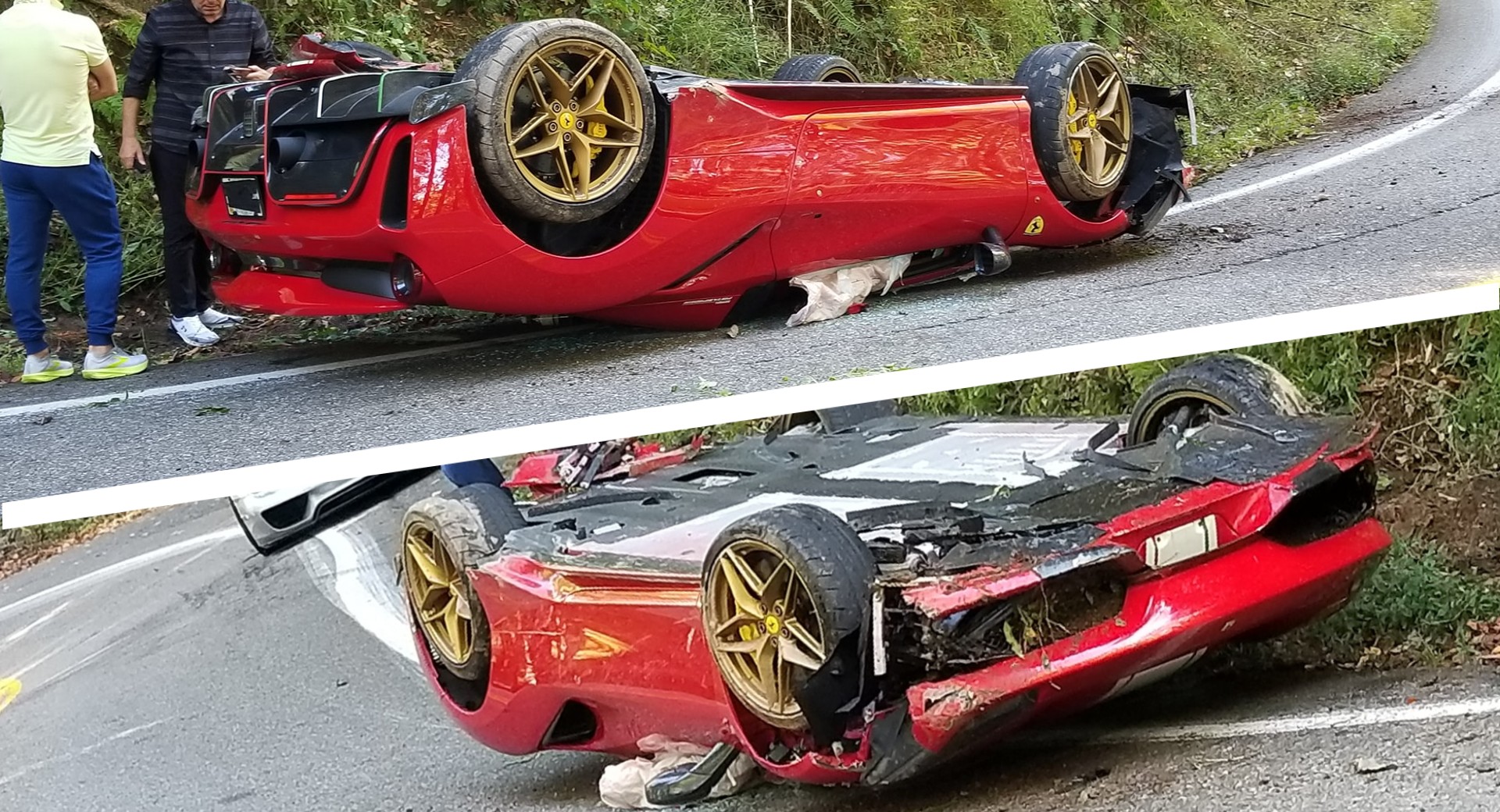 A gorgeous Ferrari 488 Pista Spider was wrecked a few days ago in the US when its driver lost control, ending up upside down on the opposite side of the road.

The incident happened on Wednesday, October 20 at The Tail of the Dragon – a famous winding road connecting Tennessee and North Carolina. The red 488 Pista Spider had golden wheels and white graphics, looking sleek in pictures taken before the accident. The supercar was probably part of the Epic Adventures Blue Ridge rally alongside other exotics including a Porsche 918 Spyder that can be seen in the pictures of the aftermath.

Watch Also: Dramatic Ferrari 488 Pista Crash Should Be A Lesson For All Supercar Owners

As reported by The Drive, witnesses saw the Ferrari hitting a bump at a high speed when the driver lost control in a section of the road called Gravity Cavity MM3. The supercar went off-road and hit the gravel with its front bumper resulting in a rollover. The retractable roof was not on during the accident but the roll bars behind the seats did their job in protecting the driver who reportedly crawled out of the car with a minor scratch on his arm.

The Ferrari was traveling southbound but ended resting on its roof on the northbound lane on a corner. Thankfully there wasn’t any incoming traffic during the accident.

Read Also: Salvage-Titled Ferrari 488 Pista Has Already Attracted Bids Of A Quarter Of A Million

Besides the broken bumper, the damage toll includes the completely destroyed windshield and A-pillars, lots of broken underbody pieces, and scratches on the side sills and the top of the bodywork. While the Pista is probably a write-off, the remaining parts including the mid-mounted twin-turbo 3.9-liter V8 will still be worth a lot of money in a salvage auction. As for the driver, he should thank his lucky stars that he got out of this practically unharmed. 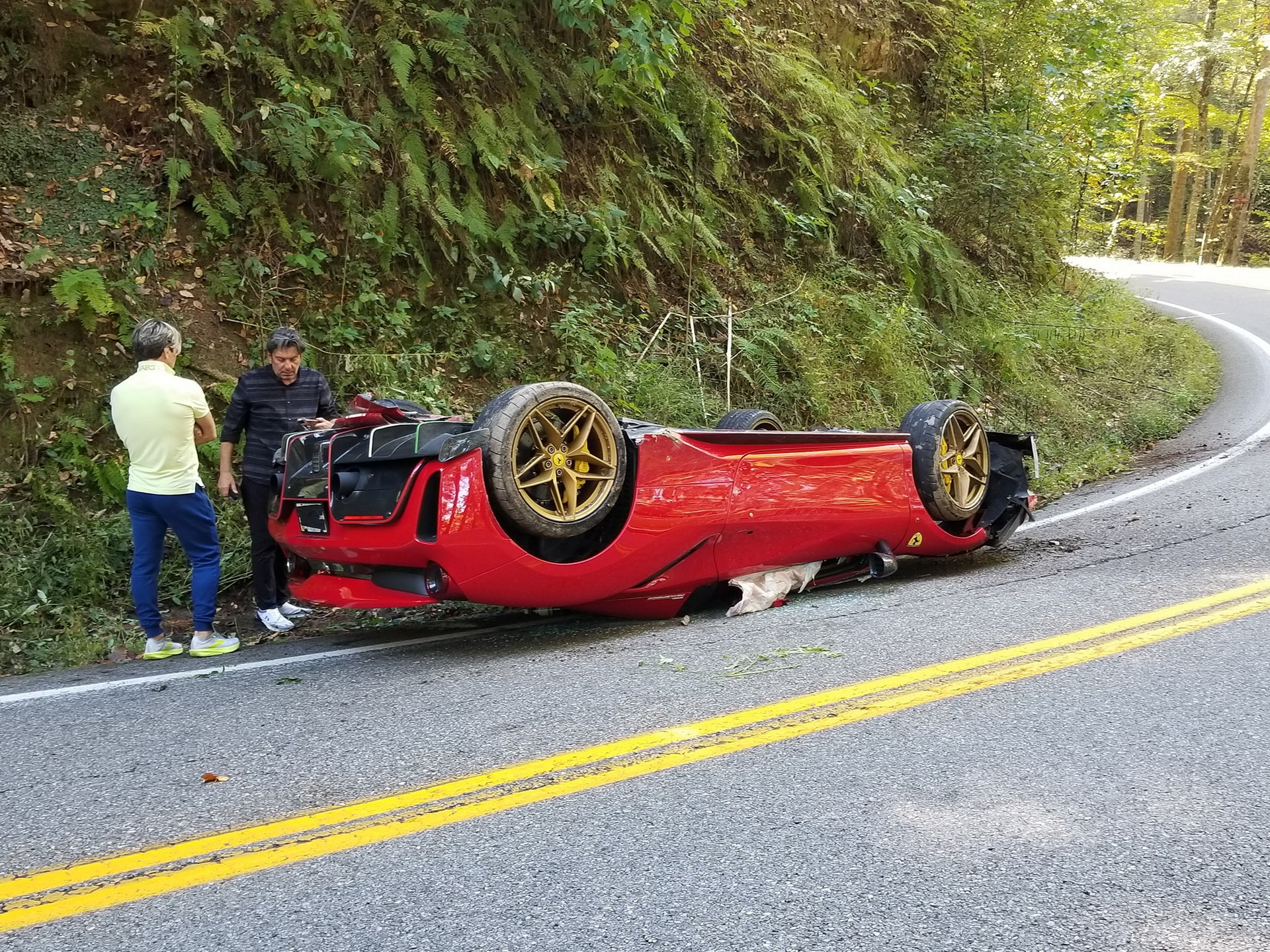