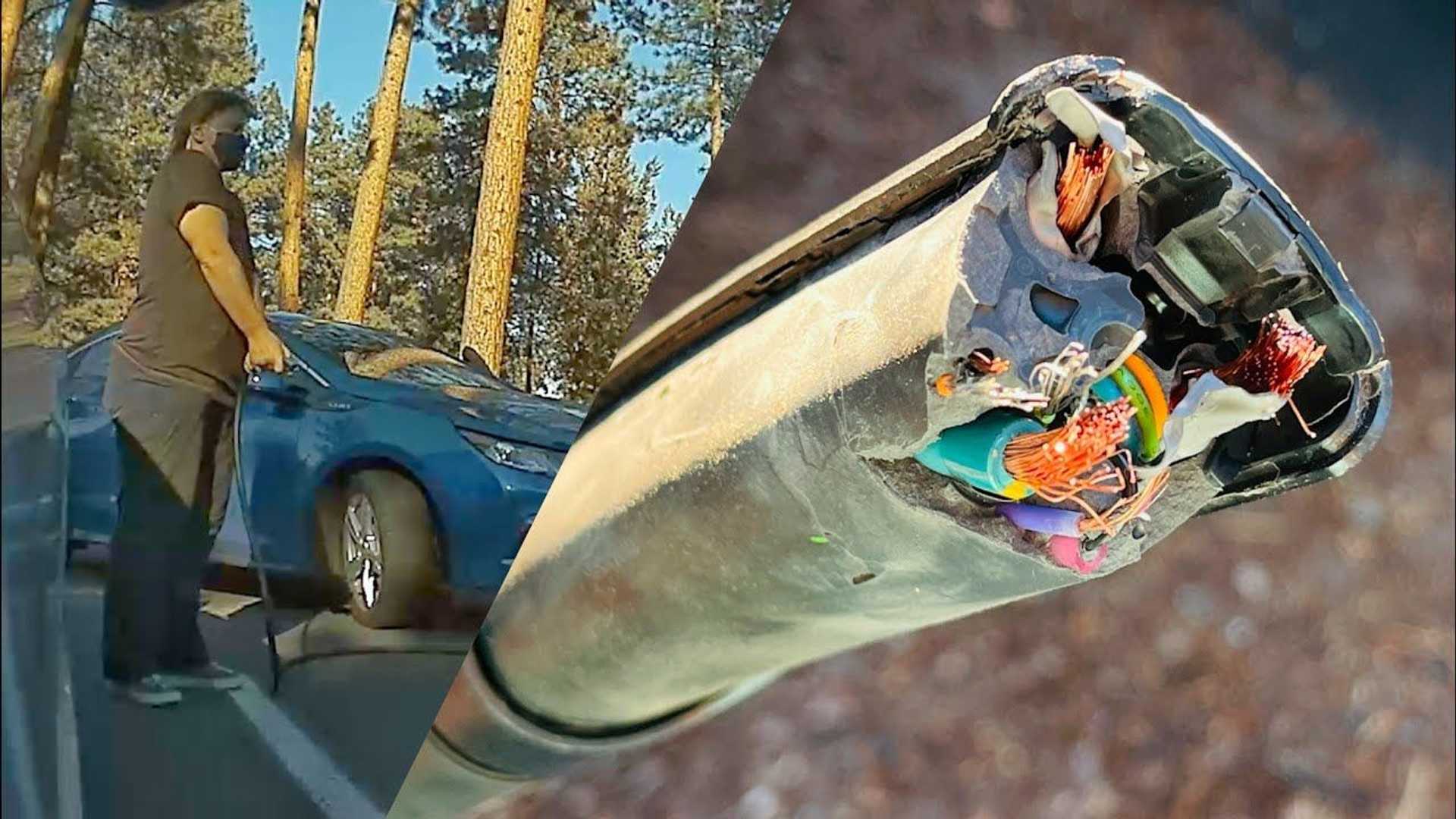 Here is a TeslaCam video registered by a Tesla Model 3 that shows an unfortunate incident that happened when the car was charging.

The owner of another car, which happens to be a Chevrolet Volt, wanted to avoid driving over the Tesla’s charging cable but failed to throw the cable properly over his car as it caught on his mirror.

As a result, the charging cable has been broken off from the Model 3 and hit the Chevrolet Volt. The video shows that the plug of the charging point was destroyed, but the damages do not end there. The charging port door was also damaged and had to be replaced for $250.

“Tesla owner got a phone alert that his vehicle had been disconnected from its charger. He walked out to his Tesla Model 3 and found two hotel employees standing next to the car. As it turned out, one of those employees of the hotel, and owner of the Volt, didn’t want to run over his charging cable. Instead, he threw it up and over his car and it subsequently got caught on his mirror, yanking the cord out of the car and damaging the charge port door in the process.

A new charge port door was around $250 installed!”

The short video is not only for entertaining or curiosity of what happens when someone breaks off a charging cable.

We can note that the Volt driver was holding the damaged charging cable, but was safe as there is no voltage when the communication between the charging point and on-board charger is interrupted.

Another thing is that long charging cables, without some overhead cable management or at least proper placement of the charger, might sometimes prompt a driver to do strange maneuvers.

ZF partners with Microsoft to move products, processes onto cloud
The new love triangle: Automakers, suppliers … and tech companies
2 Super Bowls of emails to redefine a brand
The year has been rich for dealers, automakers — but suppliers, not so much
Toyota will launch Europe-only platform for hybrids, full EVs