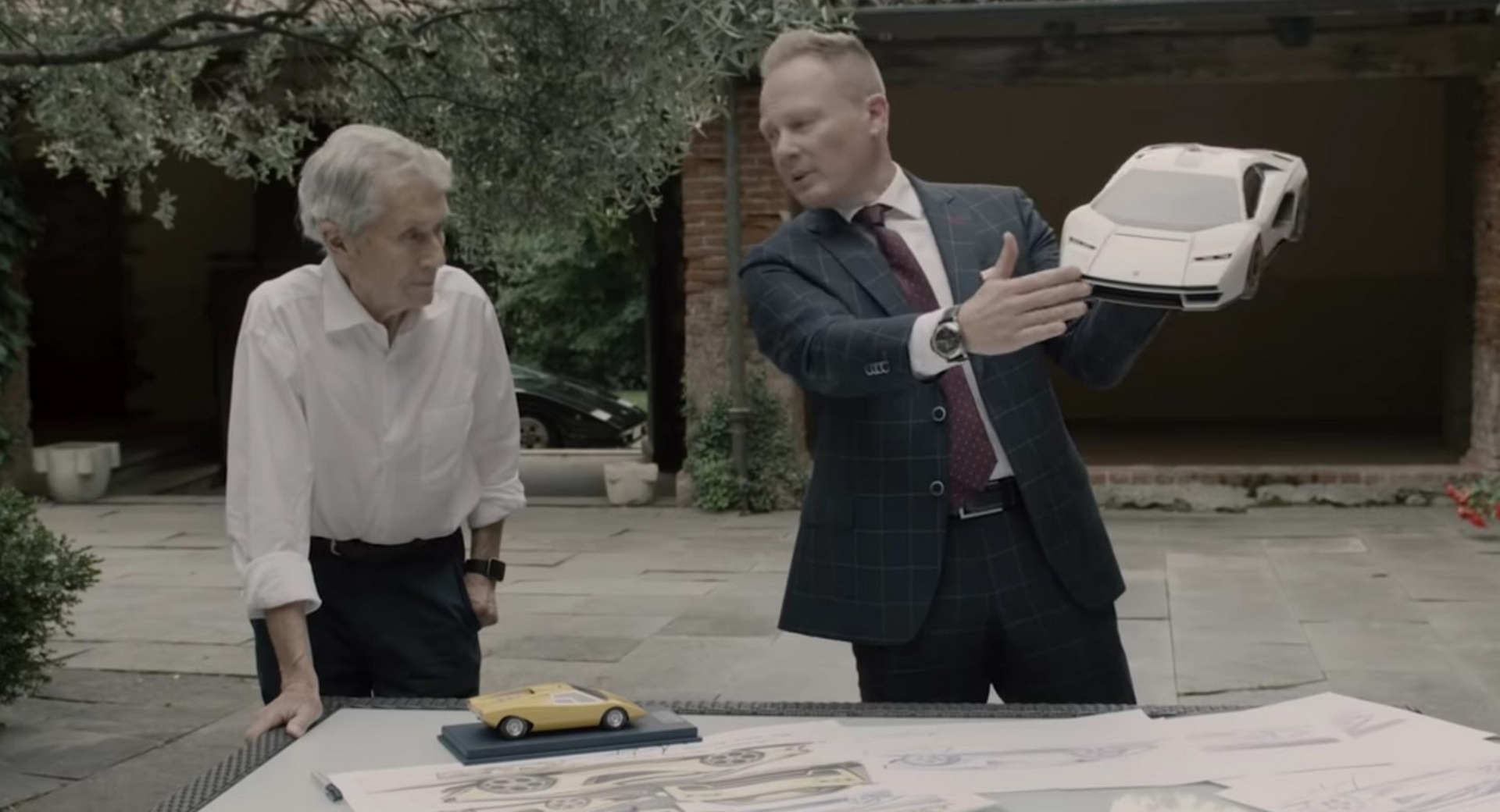 Marcello Gandini, the designer of the original Lamborghini Countach, has spoken out against the new Countach LPI 800-4, claiming that it “does not reflect his spirit and his vision.”

Gandini, who has also been credited with iconic shapes such as the Lancia Stratos and Alfa Romeo Montreal, went as far as issuing a press release distancing himself from the new car and its designer, Mitja Borkert.

In the release, Gandini implies that there had been considerable confusion over a video interview that was filmed before the car’s unveiling. In the video, Borkert presents a scale model of the new “Countach” to Gandini. However, it’s claimed that it was Gandini’s understanding that the model was merely the basis for a single celebratory car to be presented at Pebble Beach to commemorate the 50th Anniversary of the original. Gandini states that it was not mentioned at any point that the car was to enter production. The clip, though, was since used as promotion for the new Countach LPI 800-4.

Read: Lamborghini Countach LPI 800-4 Goes Back To The Future As A Sian-Based 21st Century Supercar

So since this #Gandini press release seems to be a bit of a scoop, here’s the full thing. Absolutely searing criticism, not in any way wrong. #countach pic.twitter.com/k5cLyIBZkm

The Italian goes on to slam the new design, saying that innovation is totally absent. “I have built my identity as a designer, especially when working on supercars for Lamborghini,” said Gandini. “Each new model I would work on would be an innovation, a breaker, something completely different from the previous car… As far as I am concerned, to repeat a model of the past, represents in my opinion, the negation of the founding principles of my DNA.”

That makes the new car a design tribute that not only had no input from the car’s original stylist but one that upset him so much, he felt compelled to issue a press release to set the record straight.

But, other than being a PR disaster, it’s unlikely to phase Lambo, who have already managed to sell out all 112 examples of the Aventador-based homage. And, at $2.64 million each, they will laugh their way to the bank, even if Gandini disapproves of their product.