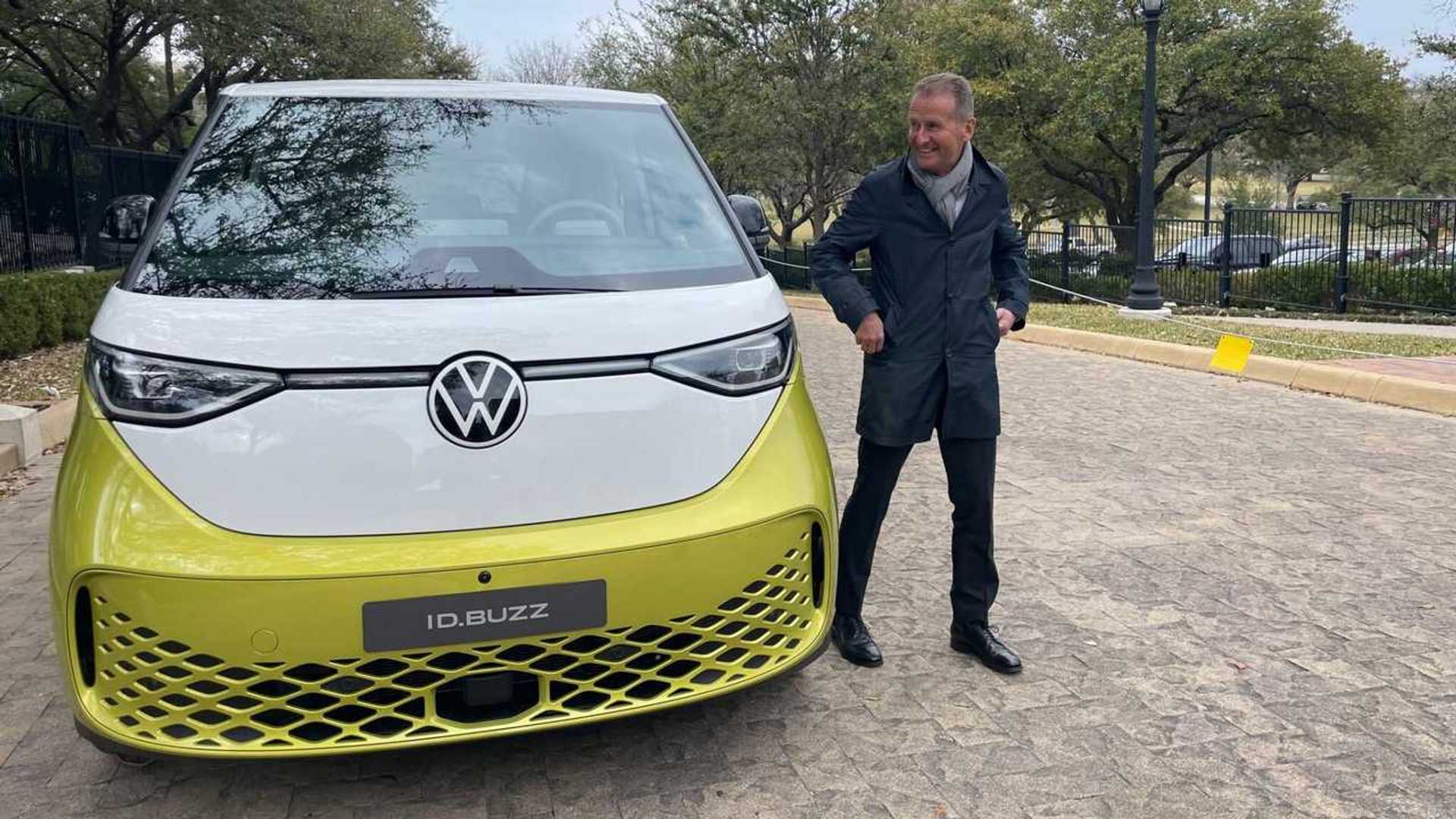 As a guest of the popular CBS News show “60 Minutes” on Sunday night, Volkswagen Group CEO Herbert Diess spoke to host Lesley Stahl about electric cars, the automaker’s challenges in the US, consequences of the war in Ukraine, and competitive pressure from Tesla, among other topics.

It is an interesting interview featuring straightforward questions and answers, with EVs and the company’s US strategy taking centerstage. About the latter, Diess admitted that VW lost ground in the US because it didn’t focus on the particularities of the market.

The CEO added that VW is committed to becoming relevant again in the US and he said the company was on the right path. Electric vehicles will play a key role in that, with new products like the ID. Buzz, Aero B sedan and a large SUV coming to the US over the next few years.

Asked about whether VW also plans to bring an electric pickup truck stateside, Diess replied “not yet,” suggesting that the automaker is considering it for later.

The executive noted that electrification is the only feasible way forward to decarbonize the automotive sector, though he admitted that’s not an easy thing to do in the face on increasing competition not only from other automakers but also tech companies like Apple.

“It is a big challenge. And historically there haven’t been too many cases where the successful companies in the old world could demonstrate that they are still successful in the new world.”

Speaking of new world, Tesla and Elon Musk inevitably came up in the discussion, with the host noting that VW Group sold more electric cars of all types last year than anyone except Tesla. Diess once again acknowledged the US EV maker’s merits in advancing the electrification of the auto industry.

“We are second worldwide. Tesla is quite ahead currently, and they’re growing fast, I have to admit. He is taking more risks than we can. He’s now building a plant in Berlin. It’s 200 kilometers from our plant and I think it’s very healthy for us to have a new competitor.”

Then, when Lesley Stahl mentioned that some VW workers don’t like the fact that Diess is setting Elon Musk up as the benchmark and talking about it, Diess laughingly replied: “Yeah, actually, you’re right. They don’t like it.”

For more topics, including how VW Group is affected by the war in Ukraine, the closure of Russian factories and criticism over operating a plant in the home province of the Uyghur Muslim minority in China, check out the full interview in the video above.