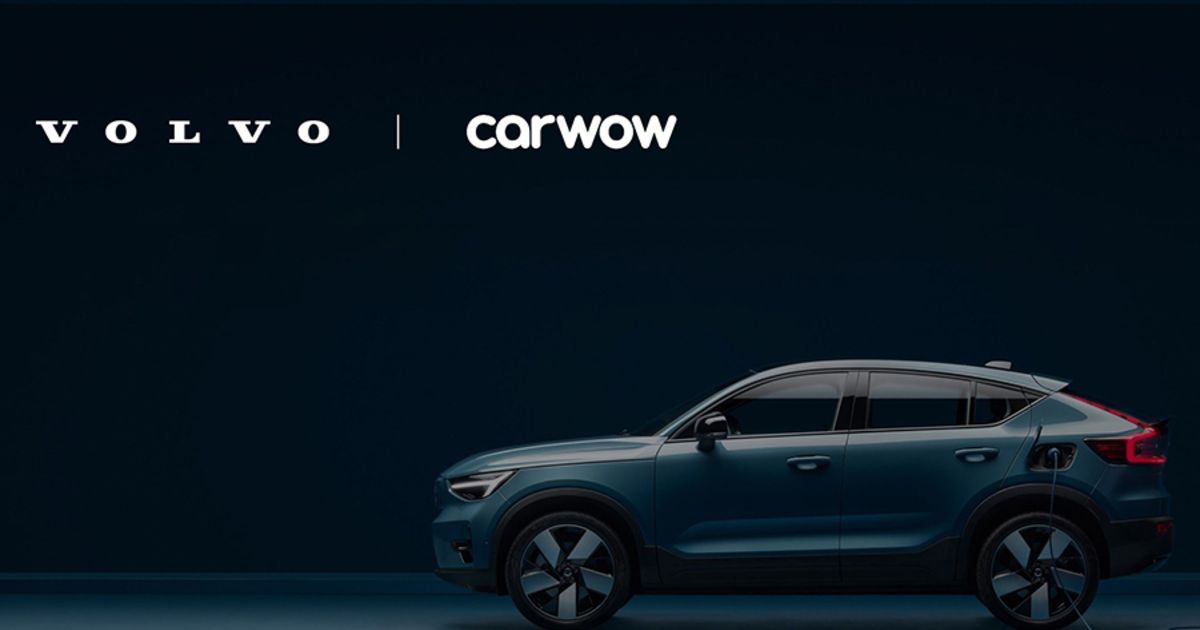 The automaker needs a boost to reach its goal of having half its global sales transacted online, up from 4 percent in 2021.

Volvo has taken a strategic minority stake in carwow, which is a leading online marketplace in the UK, Germany and Spain, through the Volvo Cars Tech Fund.

Financial details were not given for the deal.

Volvo’s venture capital arm, which was launched in 2018, takes stakes of up to 10 percent in companies it thinks can help it gain expertise in key areas outside its of core.

An example is lidar maker Luminar, which Volvo invested in four years ago and since then has evolved into a key technology partner.

Luminar will be a key contributor to Volvo’s Ride Pilot system that it says will offer “unsupervised autonomous driving.”

One of carwow’s strengths is its massive reach. Its YouTube channel, which has lengthy car reviews, has nearly 7 million subscribers.

“There are many marketplaces out there but what is particularly interesting about this one is that they are giving customers so much value with articles and videos,” Volvo global sales boss Magnus Fredin told Automotive News Europe.

“We want to learn from that and benefit from that on the road to reaching 50 percent online sales by 2025,” Fredin said.

Another strength Fredin mentioned was carwow’s customer satisfaction rating of 4.7 to 4.8 out of five for the overall car buying experience it provides.

Fredin said that Volvo’s customer satisfaction scores for its direct sales programs are 4.2 to 4.3 out five.

He added that the automaker is still expanding its service, which is offered in Germany, the UK, Sweden, the Netherlands, Norway and the U.S., but said Volvo has had some setbacks.

“We are not as good as carwow at the moment,” he said.

Volvo wants to get to the next level while also attaining an in-depth understanding of what customers will expect from the automakers’ future wave of battery-powered cars.

“I think what this relationship with carwow will lead to is a better understanding of what customers want, and we will also learn what customer questions we have to answer as we transition to electrification,” he said.

Volvo aims to be an all-electric brand by 2030 and all of its EVs will be only be available to purchase online, the automaker said last year.

While Volvo and carwow will work closer together, Fredin said the relationship is not exclusive, allowing both to work with other partners.