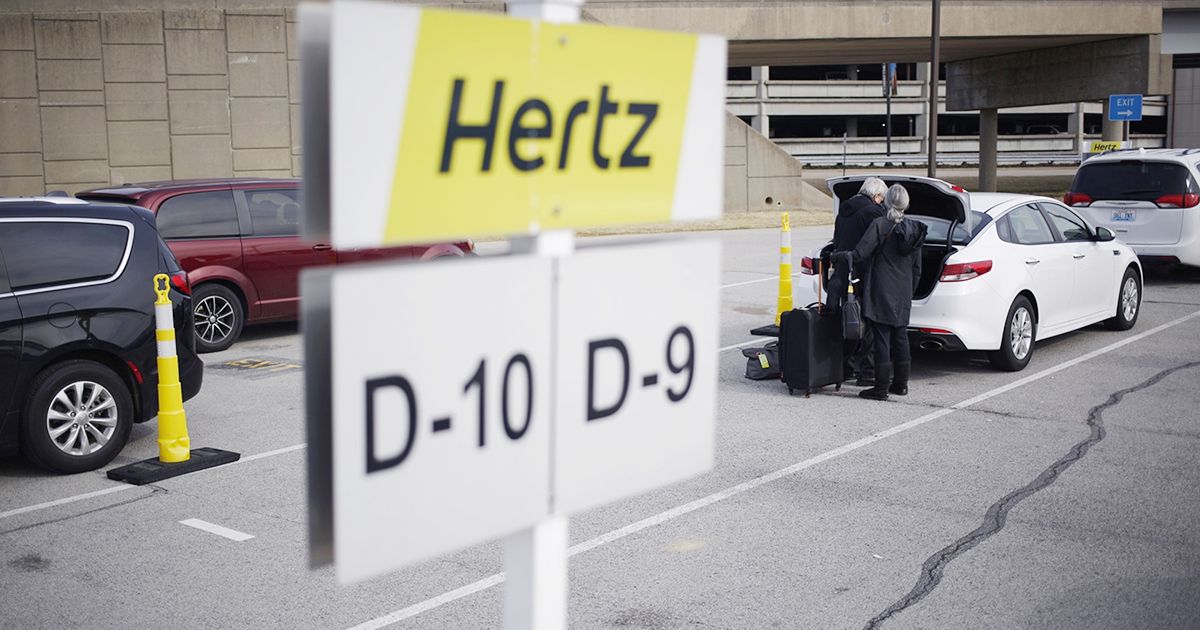 Hertz Global Holdings Inc. said first-quarter revenue of $1.8 billion was up 57 percent from a year ago, excluding the Donlen fleet management business sold last year. The company’s adjusted earnings before interest, taxes, depreciation and amortization rose from about breakeven to $614 million, while its average global revenue per day soared 28 percent to $59.

Hertz, which emerged from bankruptcy in October, expects continued improvement in rental traffic so long as Covid-19 cases come down. Traffic volumes improved in the second half of the quarter as cases of the coronavirus omicron variant subsided, and March was the first month since the pandemic began in which revenue surpassed 2019 levels.

“It was a very solid quarter for us,” said CEO Stephen Scherr. “Leisure travel when measured against 2019 is pretty much back. Corporate demand is coming back but still well shy of 2019. There’s more demand to be had to take us back to where we were before the pandemic.”

Scherr said leisure travel is about 90 percent of where it was before Covid-19 upended the market. Business travel is about 64 percent of normalized levels and international inbound travelers who rent cars are still at just 30 percent.

Hertz shares were down 6 percent in early trading Thursday..

The company also started getting its fleet utilization rates back near pre-pandemic levels. They were 75 percent in the quarter, compared to between about 82 percent two years ago, but reached 80 percent in March.

Hertz is making up for a shortfall in volume with strong pricing and because the rental cars that it sells in the used-car market are fetching high prices.

A year ago, Hertz’s fleet depreciated $219 per car per month. In the first quarter of 2022, those vehicles actually gained $40 a car per month in value. That added $59 million to the bottom line, said CFO Kenny Cheung.

The company’s business of renting Tesla electric vehicles is also helping margins, Scherr said. The cars cost more to rent per day, are cheaper to maintain and are rented out for longer periods.

Meanwhile, Hertz faces more complaints that customers were arrested at gunpoint because of disputed reports that they stole the cars they’d rented, a problem the company’s new chief executive has been vowing to eradicate.

Lawyers suing Hertz say they’re preparing to file about 100 new claims in the next few weeks, a move that would boost the total of false arrest allegations to more than 300 and complicate efforts to resolve a legal fight playing out in federal court.

CEO Scherr, who took over in February, has pledged that Hertz would change its practices to protect customers who’ve done nothing wrong from false arrests.

At least 230 customers say in court papers that Hertz improperly called in police, mostly while the company was
haggling with them about overdue rentals.

Hertz files thousands of criminal cases against customers annually, according to court documents, claiming the majority involve disputes about vehicles that weren’t returned on time and likely have been stolen. Drivers of cars mistakenly tagged as stolen say in lawsuits that the reports sometimes led to frightening encounters with police.