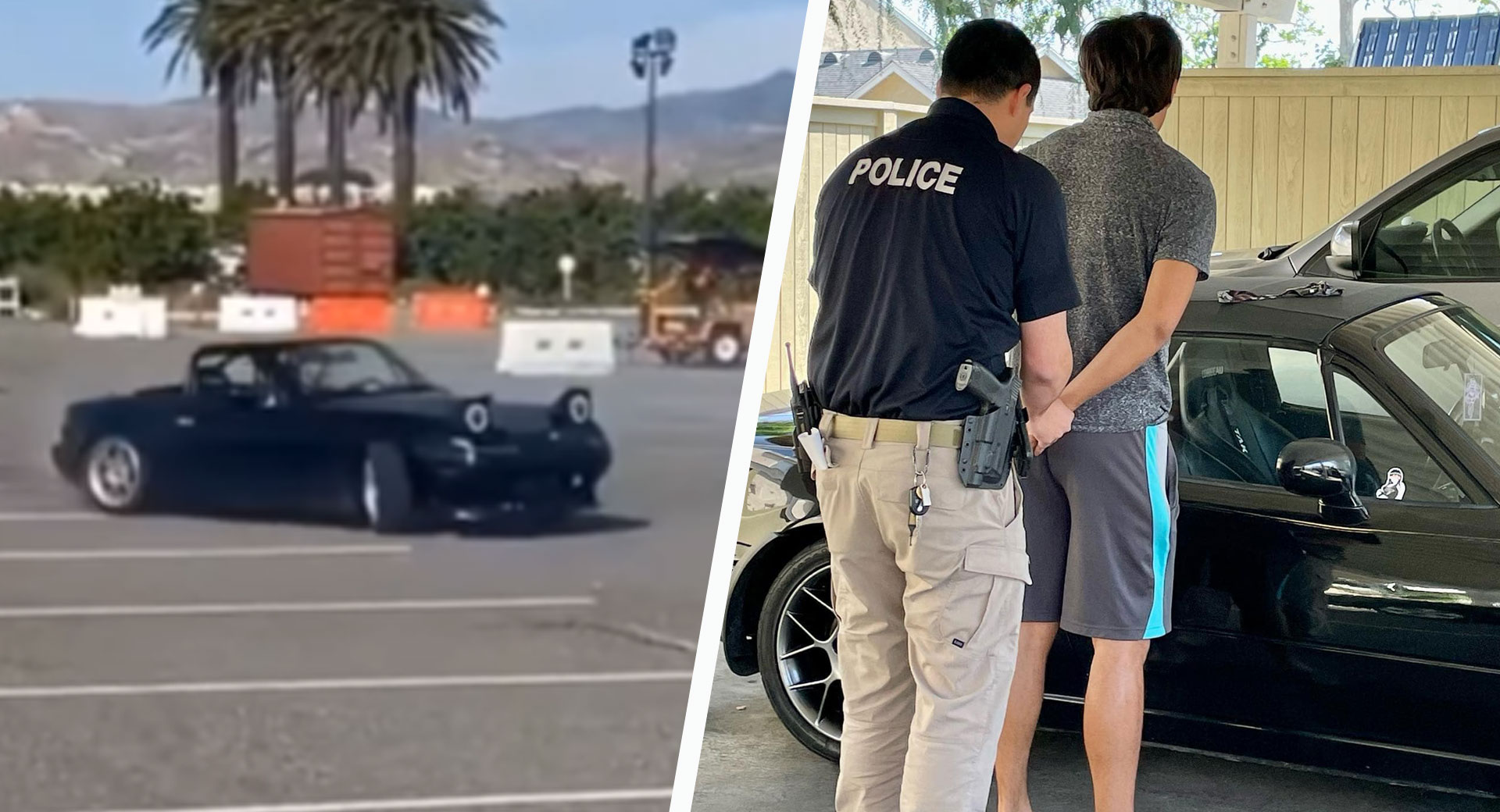 Police in Irvine, California are facing backlash after a man was charged with a felony for doing donuts in a parking lot.

In a Facebook post noticed by The Drive, the department said a concerned citizen e-mailed them a video of a Mazda Miata drifting and doing donuts in the Great Park parking lot.

This kicked off an investigation and the Irvine Public Works Department determined the “dangerous maneuvers caused over $3,700 (£2,964 / €3,526) in damage to the parking lot and painted parking lot lines.” That figure is important to note as the California penal code amplifies the punishment for vandalism costing $400 (£320 / €381) or more.

Detectives arrested the driver for felony vandalism on April 29 and impounded the Miata, which was “found to have multiple illegal modifications.” The former is a serious charge and carries the possibility of jail time and a fine of up to $10,000 (£8,010 / €9,529).

This has lead to allegations that police overreacted as the parking lot appears empty and the only damage seems to be tire marks. The latter has raised questions about the $3,700 (£2,964 / €3,526) damage estimate as it’s possible the marks could be removed with a pressure washer. Of course, that would still take time and money, and tax payers shouldn’t be on the hook for the clean up.

While it remains to be seen how the case will play out in court, hopefully cooler heads will prevail and a punishment more fitting for the crime can be found.

That being said, the Irvine Police Department isn’t the only one to seemingly overreact to tire marks. Two years ago, Canada’s West Vancouver Police described a Mustang leaving tire marks on a Pride crosswalk as a “gesture of hate” despite video showing a relatively mundane right turn.