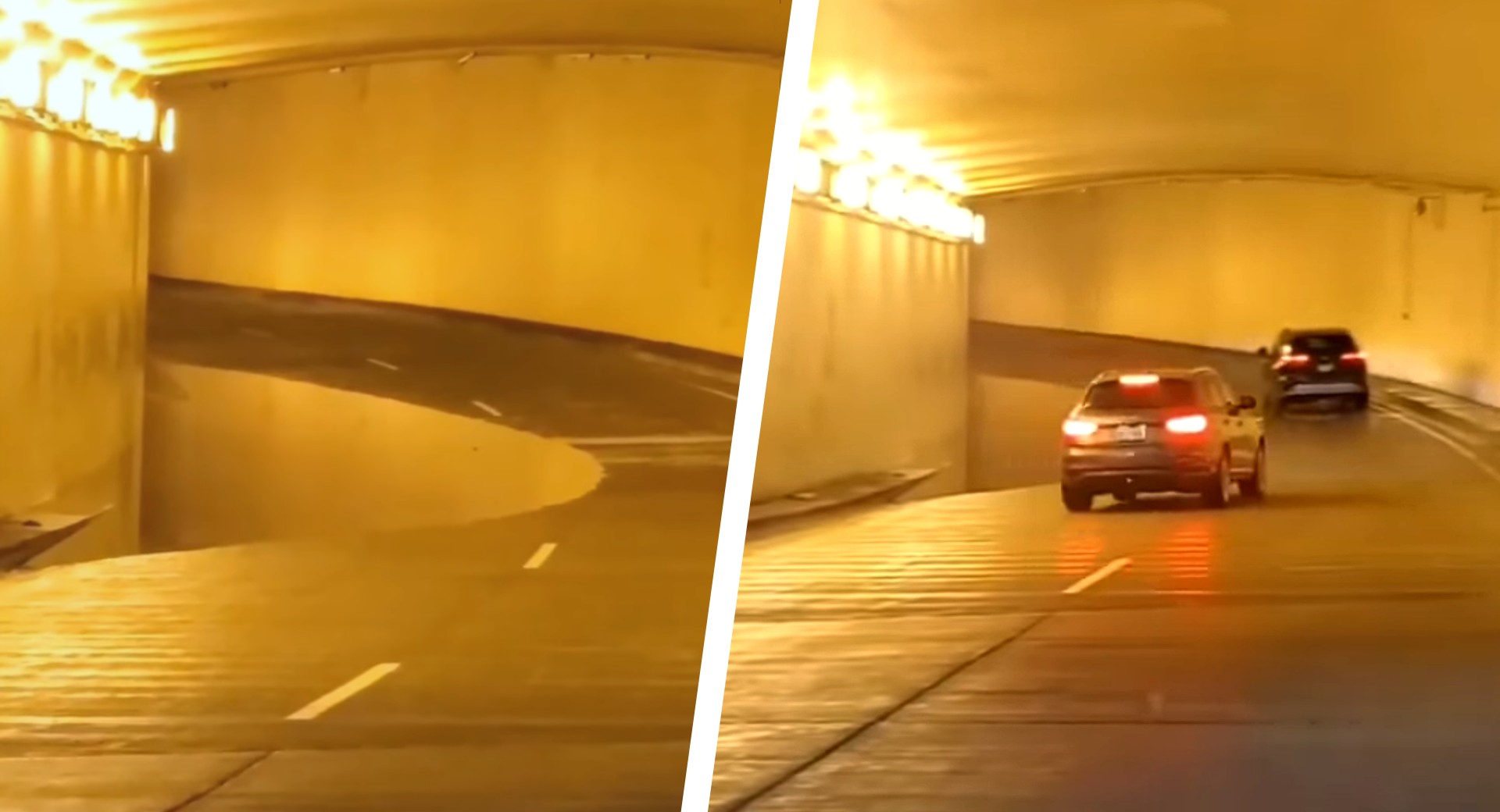 Driving in tunnels is not that much of a stressful experience for most people but some drivers in the US had a few baffling minutes after witnessing an optical illusion on an onramp inside a tunnel, forcing oncoming traffic to hit the brakes.

The driver filming this clip had to stop the car and wonder if what he was looking at was real. It appeared as if there was an unmarked pit on the left lane of the road. The fact there were no signs around it to warn other drivers who could be approaching at high speed made things more suspicious. Indeed, drivers of both a Toyota SUV and a previous generation Audi Q3 can be seen braking as they approach the “hole”, before slowly driving past it using the right lane.

A few moments later, the terrified motorists discovered that this deep hole in the tarmac was just but a big puddle of water that was reflecting the walls of the tunnel in a weird way. After realizing his mistake and being relieved no one was harmed, the driver continued his course saying: “I thought they just carved out a hole, I’m tripping”.

The video was originally posted on Instagram, but the creator has changed or deleted his profile. A Facebook community called “Hand over your man card” reposted it with credit. Predictably, the clip became viral gathering millions of views and thousands of comments in a couple of days. Were you fooled by this illusion like the rest of us or did you know it was water right from the start? 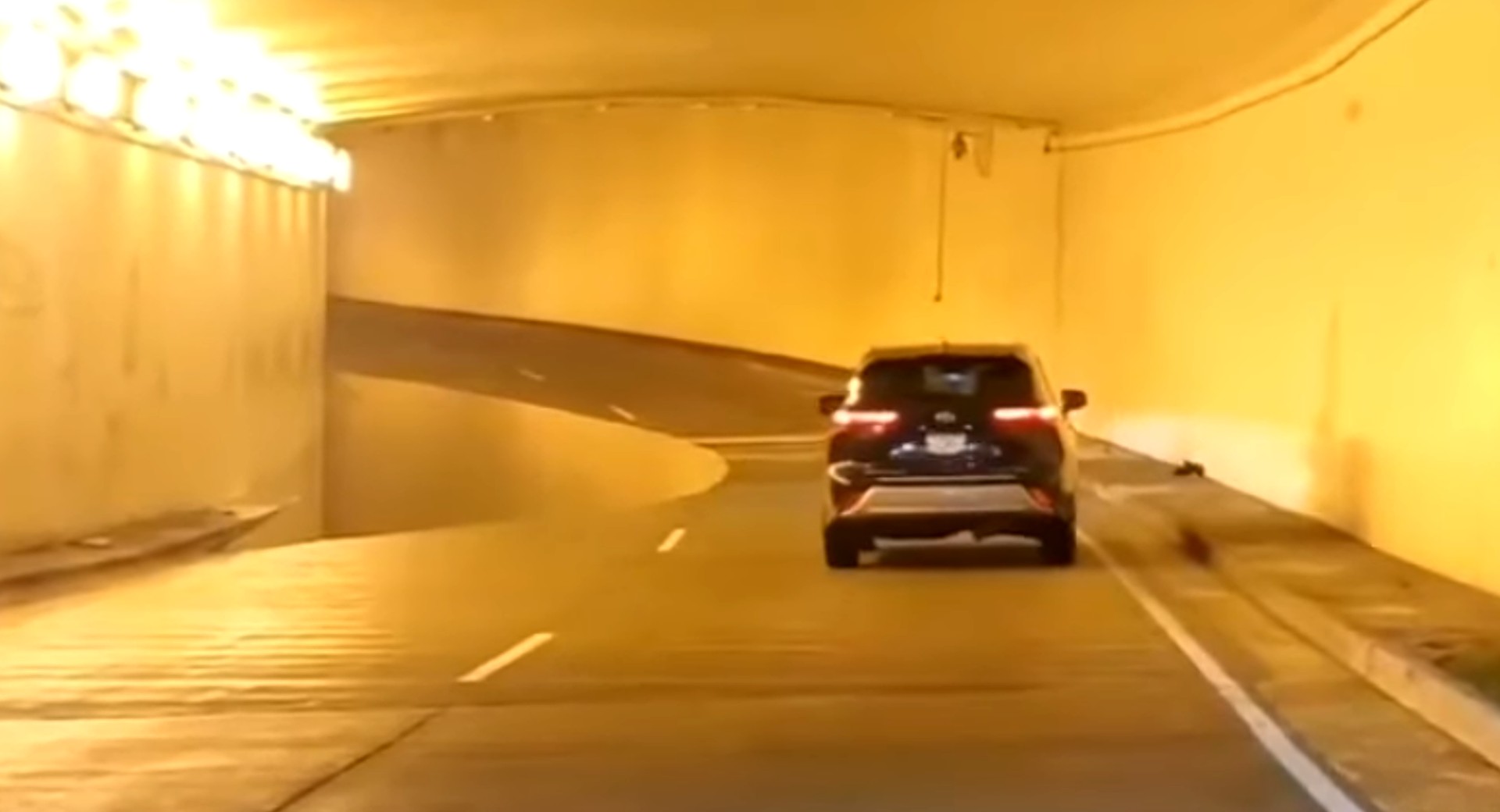